Rudy Giuliani broke out over a heckling Sunday during a parade celebrating Israel, calling the man an “ass” and a “brainwashed hole” while defending his record as the city’s mayor.

Giuliani was seen on video yelled at the unidentified man on 5th Avenue and 62nd Street after the heckler got under his skin during the Israel Day Parade.

“Crime is down 55% under me, up 40% under him,” he exclaimed while leaning over the police barricades, in apparent references to Mayor Eric Adams and recently released NYPD data.

It’s unclear what the man said to Giuliani – former President Donald Trump’s former personal attorney – that prompted him to yell back in anger.

A 35 second video Posted on Twitter by The Forward Reporter Jacob Kornbluh captured the exchange.

During his tenure at City Hall, Giuliani and then-Police Commissioner Bill Bratton implemented a new data system for the NYPD. The system is credited with helping reduce crime rates in the mid to late 1990s.

After taking a few steps along the parade route when his girlfriend – Maria Ryan, who was wearing a red “Giuliani” hat – showed up to persuade the former mayor to move on, Giuliani yelled, “You’re a brainwashed a-hole !“

The former mayor then waved his miniature Israeli flag and ended his outburst with: “And you’re probably as crazy as [President Joe] Biden!” before continuing down the parade route while smiling and waving the flag above his head.

Giuliani’s clash with a critic came during the return of the Israel Day Parade after a two-year hiatus caused by the COVID-19 pandemic.

On Sunday, thousands of Israel supporters marched up Fifth Avenue from 57th Street to 74th Street while chanting and raising Israeli flags in the Celebrate Israel Parade. The event was organized by the Jewish Community Relations Council of New York and began in 1964.

Adams was among several politicians who took part in the march.

“It’s nice to be here, it’s a great parade, I look forward to it every year,” the mayor said in one Video posted on the parade’s Twitter account.

Rory and Logan's compatibility based on their zodiac signs

Gerard Gallant's tweaks are effective in triggering the Rangers' offense 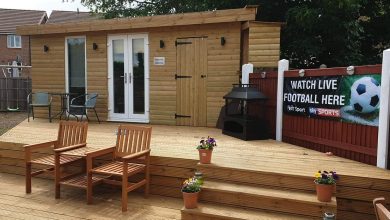 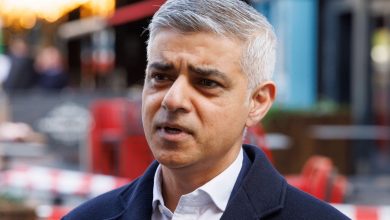 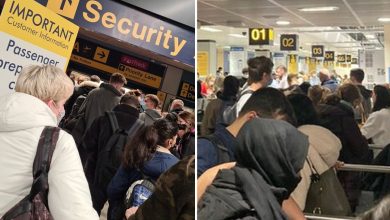