Videos obtained by The Daily Mail reportedly show Crimo and other Call of Duty players directing and laughing at each other while playing the violent game, with Crimo’s avatar at one point standing atop a building and shooting at other players.

On July 4, 21-year-old Crimo climbed onto the roof of a store in a posh Chicago suburb and allegedly fired over 80 shots from a legally purchased semi-automatic rifle at parade-goers below, killing seven and injuring dozens more, according to prosecutors.

For decades, experts have debated whether playing violent video games actually leads to increased violent activity. Some argue that it causes gamers, mainly young males, to become desensitized to violence, while others argue that it provides an outlet for gamers’ aggressive behavior.

Gun advocates were quick to blame video games for violence following mass shootings in the US.

After 10 people were murdered in a mass shooting in Santa Fe, Texas in 2018, then-NRA President Oliver North also blamed gaming and other violent media.

Other online clips provided to the Daily Mail offered a glimpse into Crimo’s life.

Crimo, who went by his rap name Awake the Rapper, livestreamed video of himself building the small shed he lived in in his parents’ backyard at the time of the shooting.

“What’s the matter, communists?” he tells his viewers at the beginning of the video, before opening up about his plans to build “a cabin in the city,” according to the Daily Mail.

Crimo then shows his car, which he refers to as the “Py-Magnet”. The car appears to have shark teeth painted on the front, the number “47” painted on the driver’s door, and “Py Magnet” written in stickers above the windshield.

At one point, while interacting with live viewers, Crimo says “Death America.” He describes what he hopes his house will look like when it’s finished. He signs the live stream with the words “Goodbye, Mr. FBI Agent.” A separate video entitled “Just do it” shows the shed fully built and painted.

In another video obtained by the outlet, titled “Smiley Face Soldier (Speed ​​Painting)”, Crimo paints a life-size mural of a camouflaged soldier with a yellow smiley face on the outside wall of his childhood home.

The alleged shooter made his first court appearance on Wednesday, where he appeared eerily calm as a judge ordered him held without bail.

The mass shooting came less than three years after police were called to Crimo’s home in September 2019 after he reportedly threatened to “kill everyone there,” said Christopher Covelli, spokesman for the Lake County Major Crime Task Force. 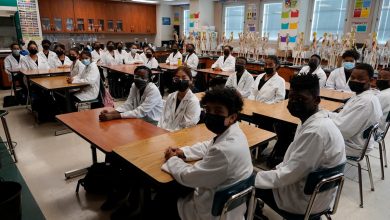 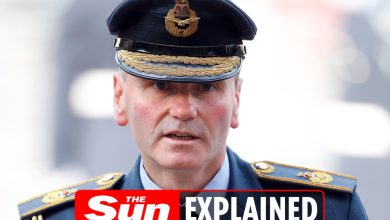 Who is Andrew Turner and why was he suspended from the RAF? 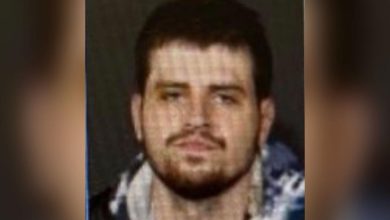 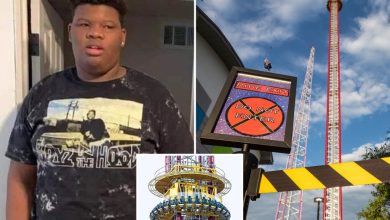