Queens native Julio Arce (17-5, 10 finishes), who co-owns Tiger Schulmanns Martial Arts in Bayside, Queens, welcomes Brazilian Daniel Santos (10-1, seven finishes) to the UFC on 9 this year . Before his bantamweight fight in Jacksonville, Arce sat down with Scott Fontana via Zoom for the post-fight interview.

Q: How long have you lived in New York?
A: I was actually born in Florida, then lived in Colombia for a few years and came here [at age 8 or 9] and I’ve been living in New York ever since.

Q: Where in town did you move to?
A: I used to live on Myrtle Avenue. I stayed in the Queens area most of the time. Well, now I live in Flushing, Main Street, Queens. In Bayside, pretty much.

Q: You referred to yourself as a “chubby fat kid” before you found martial arts. What is the story behind the start of your weight loss and MMA journey?
A: When I was growing up living in Colombia, I was really, really skinny. I came to New York and you start eating. You think you’ll never gain weight. Next I had buns. I just got very overweight. I had a hard time finding an activity, something that suited me, something I would hold myself accountable for. My older sister Cathy took me to see Tiger Schulmann. From there I just started, and I’ve fallen in love with it ever since because of what it did for me. I just kept losing weight and here I am today.

Q: You now own a gym. What was it like trying to run a martial arts gym in the city during the pandemic?
A: We just kept going. We have adapted. We adjusted what we had to do. When this all started, we ended up trying a few things. We trained on Twitch. We did them on Zoom, any way we can to keep in touch and keep it going. And then we opened the school. We had sort of taped our mats so each had their own individual space and we just kept going. We kept the show going.

Q: You face Santos who is making his UFC debut which was postponed but he hasn’t fought in almost 2 1/2 years. With so little current tape, how do you prepare for a developing fighter?
A: In today’s world, video is everywhere. So we study all the tapes. He was supposed to fight in the UFC a while ago, but his fight got canceled.

Q: What do you know about him as a fighter?
A: He comes out [UFC lightweight champion] Charles Oliveira’s camp. And I know that they are very direct. … He’s got a solid game. He’s more of a standup fighter. He throws many spinning techniques and likes to sneak them in.

Q: You were also out for about a year and a half before beating Andre Ewell last July and losing to Song Yadong in November. How did you deal with the termination?
A: I fixed my elbows. I couldn’t fully straighten my arms so I took care of it, this surgery on both elbows. Then, [I] just healed and then got right back in.

Q: What were the special injuries?
A: I just had a lot of bone fragments and cartilage accumulations. … So they had to cut open and take out all the junk.

Q: You’re back at bantamweight now, having arrived at the UFC as a featherweight. Did you expect 135 to be in your future even before the move?
A: Yes and no. I switched to featherweight when I was still regional. I asserted myself at featherweight. And then when I started at UFC I faced people who were sagging from much heavier weight and you can clearly see the size difference between me and them. And I think I have to go back [1]35. I had a nutritionist, Eric Pena, who does everything for me; facilitates weight loss.

Q: How many fights does your UFC contract have left?
A: I’m on my first fight with my new one [four-fight] Contract.

Q: As a New Yorker, what does it mean to you to have fought twice in the Garden?
A: That’s an important point in [my] Live because you get the fight in Mecca where it all went down and I got to be a part of that story.

Q: When you were growing up, did you go to any games there?
A: I’ve been to a few Knicks games. I checked out the Harlem Globetrotters. That was fun. … I did the New York City Golden Gloves and fought there in the Garden.

Q: Do you remember your first experience watching MMA?
A: Oh my god, yes! It was when Matt Hughes fought Carlos Newton. Carlos Newton triangled him and Matt Hughes just picked him up and friggin’ slammed him down and slammed him unconscious. And Matt, he’s been out too. And as I watched her like: Holy shit, that was freaking awesome!

Q: Who in MMA do you admire most?
Answer: Max Holloway. This guy is a fucking beast: the badass.

Q: Is there a great MMA movie?
A: “Here Comes the Boom.” That was a great movie.

Q: Favorite movie?
A: I became a big fan of the Matrix movies, the John Wick movies. It’s like Keanu Reeves movies are fucking dope. And Fast and the Furious, except now it was getting to the point where they just got out of hand.

Q: Favorite video game?
A: Right now I’m playing a game called Elden Ring which is badass but amazing. It’s freaking awesome. It’s so addicting. Still damn hard. Sometimes I just want to go wild and throw that controller at the TV. But I think it’s just a game.

Q: What is a perfect day for you that is not about fighting?
A: My perfect days to wake up, go out to eat and just teach at my school. I love the fact that my days are busy. … Probably sleep in a bit longer, go eat Korean barbecue. 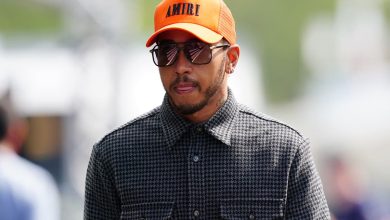 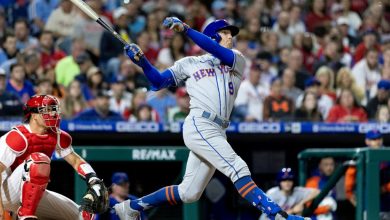 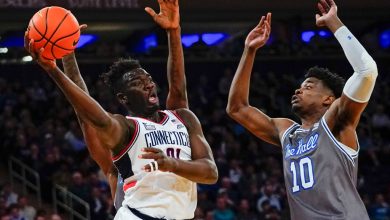 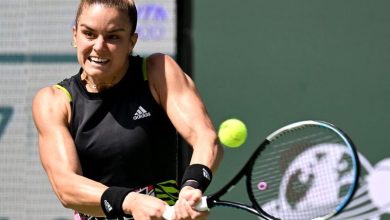