Prince Harry said it was “terrifying” that his brother Prince William “yelled and yelled” at him during a meeting about the Sussexes’ split from the royal family.

In the latest episode of Harry and Duchess Meghan’s Netflix docuseries, he detailed a request for a “half-in, half-out” arrangement whereby he and his wife would have their own jobs but still do some work to support the Queen would do.

During a family gathering to discuss their options, “it became clear very quickly that the goal was not up for discussion or debate.”

While Harry insisted he never “surprised” his grandmother with a shocking announcement that he and Meghan were leaving the royals and moving to Canada, he insisted what followed felt like an attack on him.

“It was terrifying to see my brother yelling and yelling at me and my dad saying things that just weren’t true and my grandmother sitting still and kind of taking it all in,” he said on the show.

During the final few episodes, Harry heavily implied that his brother was persistently tormenting the couple, ending up “bullying us out of the family.”

Harry recalled how on the same day as the “Sandringham Summit” – where the alleged shouting took place – “a story came out that said part of the reason Meghan and I left was because William pushed us out. “

“As I got into the car after meeting, I was told of a joint statement released on my behalf and on my brother’s behalf squashing the story that he had been bullying us out of the family.”

“I could not believe it. No one had asked my permission to put my name under such a statement,” he fumed, emphatically implying he would not have made such a denial.

He then called Meghan – who was in Canada at the time and burst into “flows of tears” on the phone.

“Within four hours they happily lied to protect my brother – and yet for three years they were never willing to tell the truth to protect us,” Harry complained.

The young prince said “the saddest part” of the whole scandal “was this wedge he created between me and my brother”.

https://nypost.com/2022/12/15/prince-harry-says-william-screamed-at-him-as-the-queen-looked-on/ Prince Harry says William yelled at him as the Queen looked on 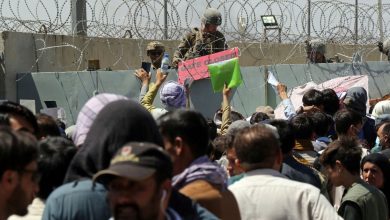 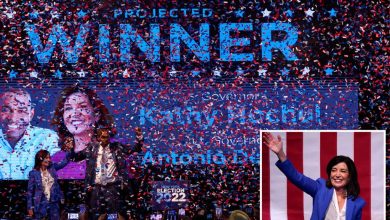 Support from black voters lifted Hochul over Zeldin for the government 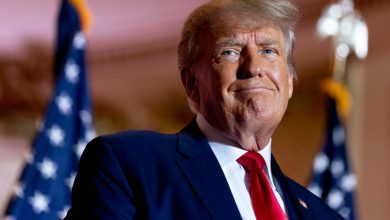 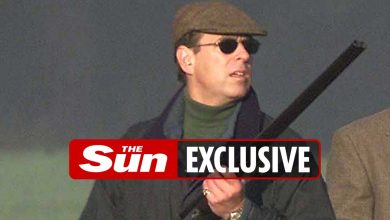