Facebook Twitter LinkedIn Tumblr Pinterest Reddit
SAN FRANCISCO — Coming out is never easy, but before the 1960s, being gay was illegal. As late as 1952, the American Psychiatric Association listed homosexuality as a sociopathic personality disorder in its diagnostic manual. We interviewed three LGBT seniors and one youth about the differences in their coming out experiences.

Coming out is never easy, but before the 1960s it was still illegal to be gay.

“The times were very different. Being gay would be a curse. Being gay was one of the worst things you could do to your family, worse than a divorce,” says Kisthardt.

He said people who came out in the 1950s and 1960s were ostracized and had to move away.

VIDEO: Best moments from the 2022 SF Pride Parade and Celebration

He said telling his parents was never an option at the time.

“I just thought it killed her, so no, I put that completely out of my mind,” he says.

In July 1961, Illinois became the first state to decriminalize homosexuality by repealing its bestiality laws.

As late as 1952, the American Psychiatric Association diagnosed homosexuality as a sociopathic personality disorder.

In the mid-1970s, Rae Lynne Black wanted to join her local sheriff’s department.

“I actually made it to the department and of course when they found out I was living with a woman they decided they had to send me to a psychiatrist to make sure I wasn’t gay. At this point in time I decided that I didn’t want to endure that for the rest of my professional career. So I decided not to be a police officer and I left the academy,” she said.

RELATED: What Do LGBTQ and LGBTQIA+ Mean?

Sharon Long and Rae Lynne Black met in college at California State University Long Beach, but have had to keep a low profile about their relationship for most of their lives.

“I cried the whole time because I never thought we could ever get married. So they were tears of joy. The woman who married us kept saying stop crying, you’re going to make me cry. “

LGBTQ+ senior housing wasn’t even an option prior to 2014, when Fountaingrove Lodge opened its doors in Santa Rosa, California.

Are LGBT people coming out younger these days?

They began coming out to friends and family in their early teens and found much love and support.

“I knew I would never lose my job for being gay, which I’m really grateful for knowing that generations before me didn’t have that privilege. So it was really great not having to worry about that side of things so much in my coming-out experience,” they say.

Crimson’s grandmother and great aunt, who are gay, had it harder.

“There was a lot of tension in the family,” they say.

Ryan Hundley, 38, a gay man from San Francisco who came out at the age of 21, thinks things are simpler today than they were 50 years ago.

“50 years ago, queer people could be fired, they could be kicked out of their homes, their lives could be really in danger, and I think that was a pretty common experience,” says Hundley.

Hundley had a largely positive experience and says he received nothing but love and support.

However, he acknowledges that many teens who come out today are ostracized by their communities or left homeless for coming out to their families.

“So I think there has been a lot of progress. But unfortunately there is still a lot to do,” he says.

Rob McDowell, 33, who currently lives in San Francisco, came out as gay at the age of 15. Growing up in a small town in Pennsylvania, in his mid-late teens and early 20s, he often had to hold his breath when he was out in public and meeting new groups of people to make sure he was safe.

“I’ve been harassed a lot and taunted a lot,” he said.

McDowell’s coming-out experience has been difficult and inconsistent as he has felt he has to come out to people several times over the course of his life, but a recent visit to his hometown showed things are changing quickly.

Inclusivity signs were posted in the windows of local businesses, explaining that they are safe places for LGBTQ+ people, something Rob says his younger self would have liked to have had.

“I think things are changing, and I think it’s changing because we’re creating more safe spaces for LGBT people and enabling representation that shows different types of gay people around the world,” he says.

hope for the future

“People can still be killed in certain countries for being LGBT. And until those things change and until we start condemning them as a whole global community, I think people will never be completely safe. I also think we need to make sure that we show that we represent all different types of LGBT people in our entertainment and in our media portrayal. That’s really important,” says McDowell.

This was repeated by others.

“I think LGBT people are going to have to fight hard to uphold the strides we’ve made, the rights we’ve fought so hard for for a while, to make sure we carry everyone in our community. And what’s your hope for pride this year,” Hundley says.

RELATED: With Roe dead, some fear LGBTQ+ and other rights will be reversed

Long says she would like to see a change in parents of LGBTQ+ youth not evicting their children from their homes.

“Nevertheless, there are many homeless young people because their parents have rejected them. And that shouldn’t happen anymore today. That needs to be corrected in society,” she says.

Kisthardt is optimistic these days.

“I’m trying to make up for lost time. Hopefully I have 20 good years left if I take care of myself and stop breaking bones with people who understand me and it’s been helpful,” he says. 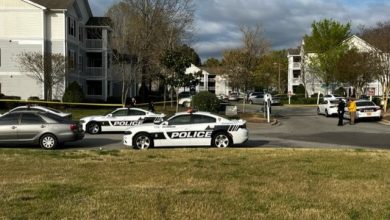 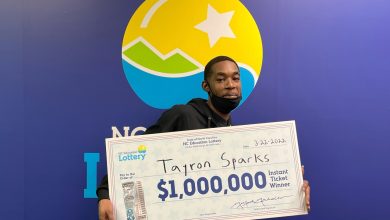 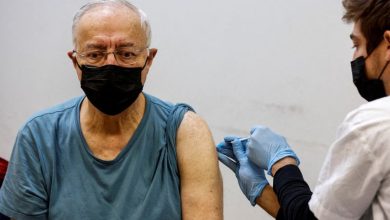