Millions of Americans have had packages stolen from their front doors by “porch pirates” this year, and a retired police officer told Fox News Digital the best ways to ensure your Christmas gifts get home safely.

Dennis Farris, who served as a police officer in Austin, Texas for 25 years and is now president of the Austin Police Retired Officer’s Association, told Fox News Digital that the first way to deter front porch pirates is to use the “Amazon Key” system is. This allows an Amazon delivery person to drop off a package at the garage.

Amazon’s Delivery process in the workshop is available to Prime members and can be set up via the Amazon app.

Acknowledging that many people are “suspicious” about allowing a stranger access to their garage, Farris suggested other ways to secure packages, including a porch locker with a one-time access code that the customer can share with the delivery service.

“Most people receive packages that are relatively small, so you can get a small lockable box that you can put on your porch and put a combination lock on it, and in the delivery instructions you can say there’s a lockable box on the porch you can turn off the combination,” Farris said. “It’s labor intensive, but it’s for the safety of your belongings. That’s one of the ways to do it.”

Farris also suggested that Americans who are concerned about porch pirates should take advantage of Amazon lockers, which the company provides at local facilities like 7-11.

“The only foolproof way to prevent your packages from being stolen is to use a secondary location that requires you to have a code to open the locker,” Farris said. “Realistically, that’s the only way your stuff won’t get stolen.”

Farris recommended that anyone who can’t or won’t use those options at least consider having a ring doorbell camera or some sort of CCTV on their porch so they at least have “an idea” of who did it if a package is stolen .

“The other thing is, just don’t leave your packages,” Farris said. “Try to schedule your packages to be delivered later in the afternoon when you get home, or ask the delivery person to hide the package somewhere on your porch.”

“It happens all the time in Austin,” Farris said of the pirates on the porch. “You hear about it all the time, it’s become commonplace. People almost go deaf to it. It’s hard to catch these people. You have to catch them in the act. Nowadays, with FedEx, UPS and Amazon, you can track the packages in the app, especially when you order stuff and track the package.”

The study ranked Austin as the city with the third-highest rate of package theft, behind San Francisco, California, and Seattle, Washington.

“My heart dropped, I dropped in my stomach and I was like, ‘Oh man, someone stole my package,'” Tacoma, Wash. resident Andres Reyes told KCPQ-TV after witnessing pirate victims on the porch last week an incident that was caught on his doorbell camera ringing.

The top 3 cities where packages are stolen the least were Miami, Florida; Tampa, Florida; and Raleigh, North Carolina.

https://nypost.com/2022/12/21/porch-pirates-stole-260-million-packages-this-year-retired-cop-explains-ways-to-prevent-it-this-christmas/ Porch pirates have stolen 260 million packages this year – a retired police officer explains ways to stop it this Christmas 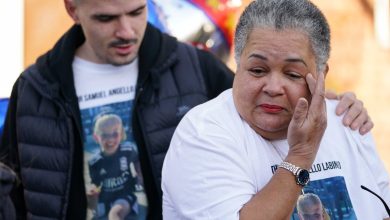 Arthur Labinjo-Hughes: Grandmother sheds tears as dozens of balloons are released in his memory 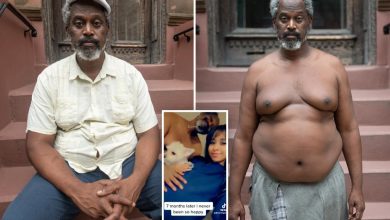 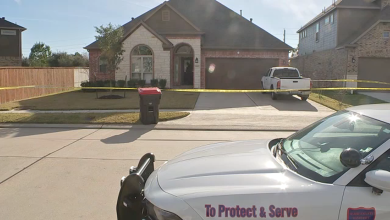