Pamela Anderson walks a Manhattan pooch for free every weekday while working as a moonlight dog walker — and the grateful pup is “her biggest fan,” his owner told the Post on Thursday.

It was an instant canine love between the former “Baywatch” babe and Dash, the handsome 2-year-old red and white Irish setter, who walks her an hour each day in Central Park, said dog owner Jonathan Walland.

“Pam got great reviews as Roxie Hart on ‘Chicago’ — but Dash is her biggest fan,” Walland said. “He liked her straight away. She is clearly a dog lover and a real pet person.”

Living thousands of miles away from her own canines during her six-week stint on Broadway was quite a burden for the animal-loving actress, said Walland, an attorney who lives near Central Park.

“I think she really misses her own dogs,” he said of Anderson, who reportedly lives almost full-time on Vancouver Island, Canada.

“Working in New York for a few weeks is bound to make everyone miss home – and the opportunity to spend time with a wonderful dog probably makes Pam feel welcome.”

Anderson, who is a longtime animal rights activist, simply wants a daily dose of dogs and hasn’t asked for compensation, Walland said.

“No money changes hands,” he said.

Walland howls with delight at the accidental arrangement that emerged when he met Anderson’s personal assistant at a CrossFit class.

He agreed to let the guy’s boss walk his dog, not knowing who this potentially prominent person would be. The mystery celebrity was staying at a hotel near his home, he learned.

When the 54-year-old star arrived at his flat to pick up his pooch, he didn’t recognize her at first – but was thrilled when it clicked, he said.

Dash, whose father is a champion show dog, is very active, so having a dedicated dog walker is important, he said.

“He’s very energetic, so being around Pam and running through Central Park are a perfect match,” he said.

Anderson has garnered rave reviews for her portrayal of Roxy Hart in Chicago, a charming but smart chorus girl in a seedy downtown nightclub. 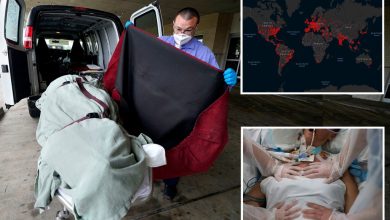 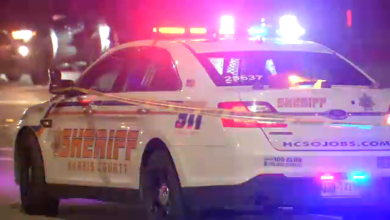 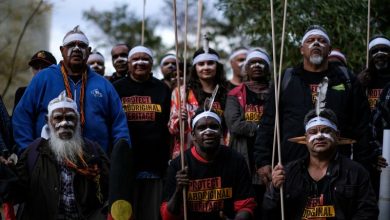 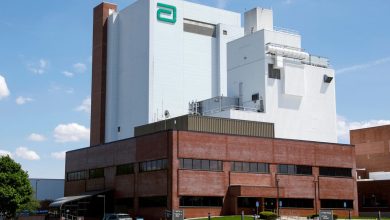