Osama bin Laden was “very eager to repeat the 9/11 attacks” against the US – and actively plotted to blow up oil tankers, derail trains and use private jets as weapons, according to a trove of confiscated documents.

The conspiracies were laid out in more than 500,000 letters and files seized by the Navy SEAL team that executed the mass-murdering al Qaeda leader in 2011, according to Nelly Lahoud, an Islamic scholar who has spent years carefully studying the trove .

They show that the terrorist was “very eager to replicate the 9/11 attacks in the United States,” Lahoud, a senior fellow in New America’s International Security Program, told 60 Minutes.

Aware that airport security had become “very difficult” after his monstrous 9/11 attacks, bin Laden urged his henchmen to charter private jets to attack the US instead.

Knowing that that would also be difficult, he also formulated a detailed plan to slaughter American commuters on a train.

He wanted about 40 feet of track removed so a “train could derail,” said Lahoud, who first analyzed the documents for West Point’s Combatting Terrorism Center.

“And we find him explaining the simple toolkit they could use. You know, he said, “You could use a compressor. They could use a tool to melt iron,'” she said, noting that bin Laden had a degree in civil engineering.

The plans were detailed in letters from 2004, according to Lahoun – who said the “tiny”-sounding terrorist became so frightened after 9/11 that he didn’t communicate with his henchmen for three years.

In 2010, a year before his death, bin Laden planned to attack several crude oil tankers and key shipping routes in the Middle East and Africa.

Bin Laden sees “the importance of oil for the industrial economy” as “much like blood for people,” said Lahoud.

“So if you make someone bleed excessively, even if you don’t kill them, you will at least weaken them,” she said.

“He really wanted to hurt the American economy,” she said.

In his letters, he detailed how “the boats must carry a large quantity of explosives, preferably in a bow position facing the ship,” the Islamic scholar said.

They showed that bin Laden was “very methodical” and “didn’t want to leave anything to chance,” she said.

The plans were never carried out and bin Laden was “a long way from” taking control of al Qaeda, Lahoud said, stressing that the letters made it clear that he was “absolutely not” in charge.

“We see in the letters the tiny Bin Laden, someone very different from this powerful figure we’ve read about in the newspapers every day for over a decade,” she said.

“And the discrepancy between his ambition and his ability is confusing.”

This was partly due to a “major miscalculation” when Bin Laden predicted that the US would respond to the loss of thousands on 9/11.

“He thought that the American people would take to the streets, repeat the Vietnam War protests, and put pressure on their government to withdraw from Muslim-majority states,” she said, with the letters showing that he was, at most, “limiting one.” air raid.”

The documents also showed that al Qaeda had just $200,000 in its coffers in 2006 and was unable to support its increasingly recalcitrant jihad, the report said.

Bin Laden relied on letters – which were backed up to hard drives – because he had no access to the internet while in hiding, 60 Minutes reported.

It was left to his staff to explain how doomed his terrorist organization had become.

Lahoud read a letter from an associate named Tawfiq, in which he warned his leader, “The weakness, failure, and aimlessness that have befallen us have been staggering.”

The release of the documents was also a posthumous blow to the terrorist, Lahoud said.

The letters also demonstrated the important role women played in bin Laden’s operations, at odds with the public face shunning their role, she said.

“The people who really worked on Osama’s public statements were mainly his daughters Miriam and Sumaiya,” Lahoud said.

“That surprised me. In the world of al Qaeda and jihadism in general, women are not part of the public face of jihad.” 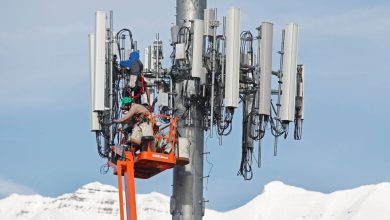 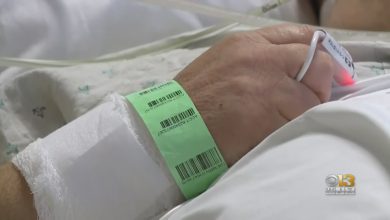 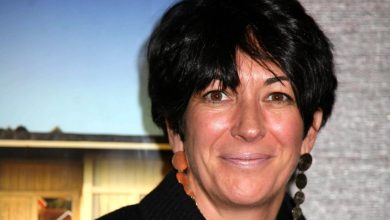 Ghislaine Maxwell’s victims can NOT testify if retrial is approved 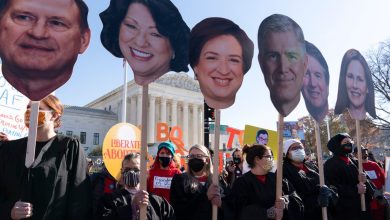 Roe’s lawsuit against Wade almost failed 30 years ago. Can it exist again?