OKLAHOMA CITY – On Tuesday, the Oklahoma Board of Amnesty and Amnesty voted 4-1 to deny clemency to death row inmates. Donald Grant.

It was back on July 18NS, 2001. Grant was found guilty of murdering Brenda McElyea and Suzette Smith at a La Quinta Inn in Del City in July 2001. Both victims were hotel employees.

Grant confessed to the murders, saying he wanted hotel money to tie his girlfriend out of jail.

In Tuesday’s testimony, Grant’s attorneys argued that he suffered from schizophrenia and other serious mental illnesses as a result of his abuse as a child and should be in a health care facility. mental.

One of Grant’s attorneys told the board: “His brain was severely damaged.

However, the state assumed that Grant planned the murder and knew exactly what he was doing.

“Grant’s murders were not impulsive. He’s been planning them for a few weeks,” said Caroline Hunt, attorney for the AG’s office.

Smith’s family did not attend Tuesday’s hearing because they felt it would be too painful for them. But members of the McElyea family spoke to the board.

“Please, I’m sure he deserves to die,” said Susie Webster, McElyea’s aunt. “If he had a chance to live, he would slit your throat and put a bullet in your brain.”

Former Midwest City Police Chief Brandon Clabes also spoke to the board. His crime scene investigators were called in to assist the City of Del PD in handling the scene. He told News 4 that in more than 40 years of law enforcement, that crime scene still haunts him.

“It was absolutely a horror that those women went through before they were killed,” Clabes said. “He slashed their necks, brutalized them, shot them. It’s just, it’s one of the scariest crime scenes I’ve ever been in. ”

Grant also spoke to the board on Tuesday.

Board member Richard S Mothermon questioned Grant about the murders, particularly about Grant’s past testimony, where he said in a written confession that he wanted “not to witness again.”

“Did you choose not to leave witnesses?” Parole and Parole Board member Richard Sesymon asked Grant.

“So no one can recognize you?” S auntmon asked.

Grant scheduled to be implemented on January 27NS.

When the trial panel gives leniency to death row inmates Bigler Stouffer Several weeks ago, in a 3-2 vote, some members raised concerns about Oklahoma’s lethal injection process, which is being challenged in court in February.

Media witnesses described seeing death row inmate John Grant convulsing violently and vomiting when the first of a three-drug cocktail, midazolam, was administered during his execution on October 28.NS.

However, during a federal court hearing last week against Stouffer, Dr. Ervin Yen, who also watched John Grant was executed, used the word vomit and called Grant’s motion a “shaking” motion, stating that it was normal and that there were no seizures.

Judge Stephen Friot ultimately ruled that Stouffer’s attorney could not prove under age 8.NS modified that Oklahoma’s enforcement protocol was cruel or unusual.

During Tuesday’s hearing, Pardon and Pardon Board member Larry Morris said Friot’s ruling eased his worries and concerns about execution protocol. Morris was one of four members who voted not to offer clemency for Grant.

Board member Adam Luck was the only member to vote yes.

“Brenda McElyea and Suzette Smith were working at La Quinta Inn in July 2001 when they were brutally murdered by Donald Grant. Today, Grant’s request for a clemency motion was denied by the Pardon and Amnesty Board. Grant received a jury trial and, in 2006, received a death sentence. This is a just and appropriate sentence for the brutal murders of two innocent women. This conviction and conviction was confirmed after years of scrutiny by the appellate courts. I am grateful that the Board of Directors denied Grant’s request for executive leniency. Our thoughts and prayers are with the family of Brenda McElyea and Suzette Smith,” said Attorney General John O’Connor.

“The Catholic Church recognizes the grave harm to crime victims and their families, as well as the need for healing and justice. It also understands that executions only prolong cycles of violence and often provide no real cure. These days the burden of pain and violence weighs heavily on our country and on the world; this is our chance to reject a culture of death and build a culture of life. Please pray for the leaders of our state that they recognize the flaws in their implementation. Please pray for the family and friends of Brenda McElyea and Felecia Suzette Smith, the innocent victims of a senseless crime, as well as Donald Grant’s redemption and comfort for his family. ”

https://kfor.com/news/oklahoma-pardon-and-parole-board-denies-clemency-for-death-row-inmate-donald-grant-after-granting-it-for-two-others/ Oklahoma Pardon and Parole Board deny clemency to death row inmate Donald Grant after granting it to two others 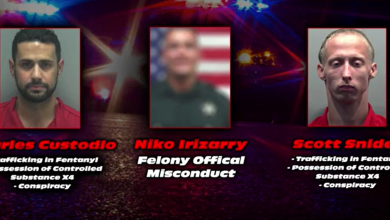 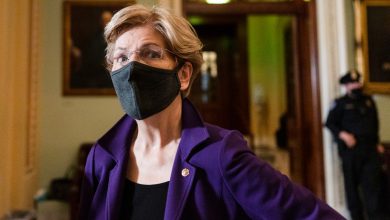 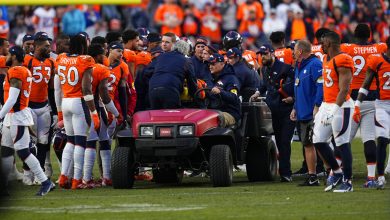 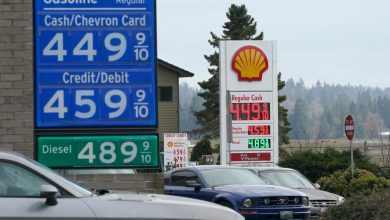 Oil prices have fallen, so why not gas prices?