Facebook Twitter LinkedIn Tumblr Pinterest Reddit
WASHINGTON — Joshua James, 34, of Arab, Alabama, on Wednesday pleaded guilty to charges of seditious conspiracy as part of a deal with prosecutors conditional on his cooperation with the US government in its ongoing prosecution of defendants linked to the January 6 attack involved on the US Capitol.

The plea deal is the first of its kind for a Jan. 6 defendant and comes nearly a year after James was accused of obstructing and impeding congressional confirmation of the electoral college in the 2020 presidential election.

James pleaded guilty in court to one charge of seditious conspiracy and one charge of obstructing an official process, in exchange for a reduced level of offense that the judge will consider when delivering sentencing.

The plea deal directly implicates Oath Keeper founder and militia leader Stewart Rhodes, among others, in a conspiracy to stop the pre-inauguration transfer of power to President Joe Biden, with Rhodes predicting “a bloody and desperate struggle.”

“They used encrypted and private communications, armed themselves with a variety of weapons, donned combat and tactical gear, and prepared to heed Rhodes’ call to arms,” ​​reads the agreement between James and the prosecutors.

James admitted that he and others had collected firearms from hotels on the outskirts of Washington, DC and were willing to use them to prevent Biden from becoming president.

James admitted he, along with other Oath Keepers, was instructed to be “ready to report to White House grounds upon request to secure the perimeter and, if necessary, use deadly force against anyone who tried.” to remove President Trump from the White House. including the National Guard or other “government actors” who could be sent to remove him.

One person, not named in the agreement, wrote to James on New Year’s Eve 2020, saying they have “friends not far from DC with lots of guns and ammo.”

“That might be helpful, but we have plenty of it [quick reaction forces] with an arsenal at the ready,” James replied.

James met Rhodes in the Washington, DC area in November 2020. The two attended several online meetings to organize and make plans for January 6 in the weeks leading up to the attack on the Capitol.

In December, Rhodes sent a message to an encrypted group chat that James was a part of, saying: “‘It’s going to be a bloody and desperate fight. We’re gonna have a fight. This cannot be avoided,'” the consent request reads. One of the invitation-only Signal group chats was titled “Jan 5/6 Op Intel Team” and another was titled “DC OP: Jan 6 21”.

The “Intel” group chat was used by James and Rhodes to coordinate just before rioters breached the Capitol, with one member asking if those who rushed in were “actually patriots”. Rhodes replied, apparently to confirm they were on the same page: “Real patriots. Pissed off patriots.”

Wearing a backpack, combat shirt, tactical gloves and Oath Keeper gear, James admitted that he and others illegally entered the Capitol just after 3:00 p.m., prompting him to assault a DC police officer. He debated with another rioter whether to proceed before deciding to advance into the Capitol Rotunda.

After January 6, James and Rhodes took steps to disguise their identities and share additional firearms. James once said Rhodes ordered him to defend himself against his possible arrest.

James told prosecutors that after a group of Oath Keepers met in an olive orchard after the riot, he took them to a gas station where he sold the thousands of dollars in firearms he had accumulated as of Jan. 6 distributed to various members, including James himself.

Rhodes, suddenly on alert that he and the others could be arrested for their roles in the attack, allegedly left his phone with one person from the group and went with another member so law enforcement would have trouble tracing him .

Rhodes also allegedly gave James a Burner phone and told him to create a fake identity and home address, and instructed him to turn off the phone when they were talking about “the presidential election and what’s next.”

James admitted he joined Rhodes in buying firearms, ammo and other tactical gear after the two met in Alabama and headed to Texas, with Rhodes telling James he wanted him to act as his personal security detail. In his Alabama shed, James said he kept several firearms, scopes, magazines, night vision goggles, thousands of rounds of ammunition and several burner phones while awaiting instructions from Rhodes.

James’ statement of insults also refers to Kelly Sorelle, the Oath Keepers’ self-proclaimed attorney at the time of the riot. While she denied ever asking members to delete their messages, James revealed to prosecutors a new message from “an individual he understood to be an attorney for the Oath Keepers, stating, ‘STEWART: YOU MUST SAVE ALL YOUR COMMENTS REGARDING WHO DELETE WHAT. You are under no obligation to leave them open.”

James agreed to pay $2,000 for the damage to the Capitol as part of the agreement. The agreement requires James to cooperate with federal authorities, testify before a grand jury, appear for interviews and provide accounting records of his financial assets.

The maximum sentence for seditious conspiracy is 20 years in prison, a $250,000 fine and three years supervised release, along with other charges and penalties. James’ cooperation can be used in establishing his conviction, Presiding Judge Amit P. Mehta told the court.

Without James’ full cooperation, as stipulated by the government, he will be in breach of the agreement.

The 10 other alleged Oath Keepers charged in the riot conspiracy, including Rhodes, have pleaded not guilty to all charges against them.

James’ attorneys did not immediately respond to ABC News’ request for comment.

According to the indictment, James was the leader of a second “pile” of Oath Keepers who breached the Capitol through the east side.

He is accused of dodging law enforcement trying to guard the Capitol Rotunda and dodging officers who were forced to use chemical spray on him.

https://abc13.com/joshua-james-oathkeeper-oath-keepers-jan-6/11617081/ Oath-keeper Joshua James is the first to plead guilty to seditious conspiracy to cause the Jan. 6 Capitol riot 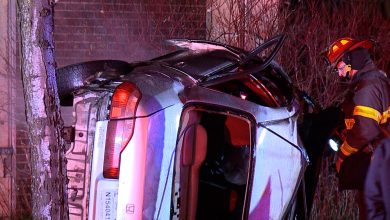 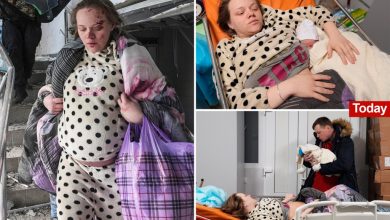 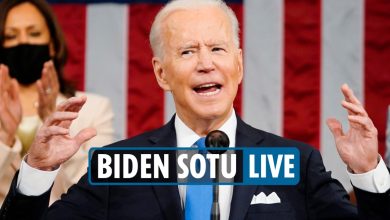 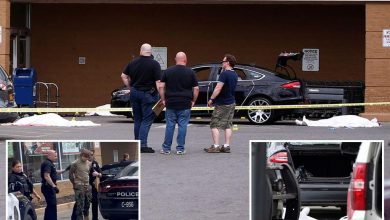 Radio call captures the horror of the mass shooting in Buffalo