Public schools in New York City on Thursday introduced a push “aimed at centering the experiences and voices” of Asian American and Pacific Islander families in classrooms, education officials said.

The curriculum — which will be trialled as shorter units in all grades this fall — will help students better understand each other amid a citywide surge in violence against New York’s Asian descent, Mayor Eric Adams said at a news conference.

“It’s tragic when our babies are academically bright but not emotionally intelligent and don’t develop the full personalities that they should be,” Adams told reporters.

“This isn’t education — this is a robotic system that produces robots,” he added. “We are producing scholars, intelligent future leaders of this city and this country. That’s what makes today.”

The DOE’s Office of Curriculum and Instruction will develop interdisciplinary lessons for each grade that officials said would emphasize Asian-American history and culture and increase engagement among students, who now recognize themselves in the curriculum.

The push includes professional development for teachers integrating the material into their broader school curriculum, as well as new resources and books.

“Growing up, I didn’t see many people like me in the history books or the media,” said Mikayla Lin, a sophomore at Stuyvesant High School. “So I thought for a while that maybe there just isn’t anyone worth noting, but that couldn’t be further from the truth.”

The announcement came after a group of Asian-American families called for inclusion in the DOE’s cultural curriculum, saying they have been excluded from recent diversity initiatives.

“I’ve seen a lot of discrimination in schools and I don’t think our kids should experience that,” Ting Yu, one of the original organizers, told The Post.

An open letter with 2,800 signatures last year pointed to a recent surge in anti-Asian hate crimes. New York City has seen more hate crimes against Asian Americans than any other city in the nation in the past two years, The Post reported.

“This is especially important given the recent and ongoing hate crimes and violence against members of our AAPI community,” School Chancellor David Banks said of the curriculum, “that we simply cannot tolerate in our city or our schools.”

“One of the ways we fight racism and hate,” he said, “is by teaching and learning about each other’s stories and stories.”

With just a few days left before the legislative period, the bill is currently in committee.

“There is no question that there is a direct connection between the current onslaught of hate against Asia and the COVID-19 crisis – they go hand in hand,” Liu said. “Why is that? Because Asian Americans have been scapegoats for a lot of things throughout our history.”

“And the reason we are blamed and therefore hated and attacked is because of ignorance. It’s easy to blame people you don’t know or don’t understand,” he said. “That’s why it’s important to teach our young children … what the AAPI experience is all about.”

A full multidisciplinary curriculum will be available to all schools by Spring 2024.

Ray Liotta's 10 Best Movies: From Something Wild to Goodfellas 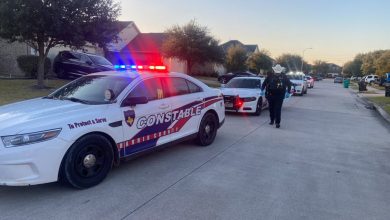 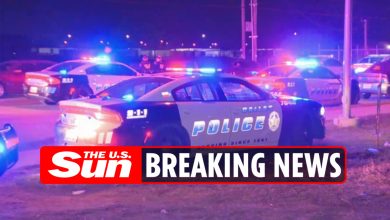 A mass shooting at a Texas Trail Ride concert in Dallas leaves one dead and 10 injured, including three children 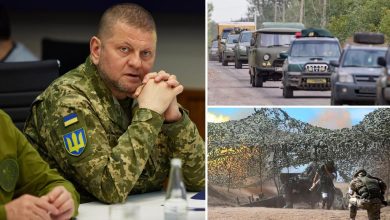