The politically-affiliated Brooklyn minister, who said he helped broker the surrender of the man accused of killing a Goldman Sachs employee, Daniel Enriquez, also claims he planned to turn the suspect over to his pal, Mayor Eric Adams, to hand over personally, who was supposed to be waiting there at the police station.

Bishop Lamor Whitehead explained the plan in a Wednesday night phone interview with The Post, saying he did “what I had to do” to “protect the community” from suspect Andrew Abdullah after the unprovoked shooting of Enriquez aboard a Q train in Manhattan on Sunday.

Abdullah was eventually arrested Tuesday outside the Manhattan Legal Aid Society offices after his family took him there instead of the NYPD’s 5th Precinct station house in Chinatown, Whitehead said.

The Canarsie-based bishop of Leaders of Tomorrow International Churches’ involvement in Abdullah’s arrest and his relationship with Adams had sparked controversy about the cleric’s criminal past, and his stated role in the arrest was strongly denied by involved justice attorneys.

Whitehead, 44, said Abdullah’s family is part of his family, with whom he has a close relationship, which grew closer after the death of a teenage family member.

“His aunt and his mother reached out to me yesterday morning and said, ‘We don’t know what to do!'” Whitehead said over the phone.

“His aunt was crying and they needed me to help them through the process. They didn’t know what to do. I told them first that he had to surrender.

“They spoke to him and said they would call me back, and then they called me and said, ‘We trust you Bishop. He will surrender.” I asked them if they had a lawyer and they said they worked with legal counsel.”

The bishop said he told the family to take 25-year-old Abdullah to the precinct, but the family insists he speak to a lawyer first.

“He said, ‘All right, this young man is said to have committed a heinous crime.’ He said he would support me in whatever it takes to make this young man surrender. He trusted what I had set up.

“I told him the family was meeting with him and the mayor in the 5th Precinct and he said to keep him informed,” Whitehead said.

Word of the surrender soon spread among police officers, and Bishop said he was “deluged” with calls from chiefs, commissioners and detectives.

“The plan was that he came in with me and I wanted to hand him over to the mayor. The mayor should be in the 5th Ward because that’s what I agreed with the mayor,” Whitehead explained.

“I was against them going to the DA’s office,” Whitehead said. “They had to come to the precinct to surrender, but I left to go to the prosecutor’s office. I was waiting at the aunt’s and grandmother’s and as I was about to greet his mother, Abdullah got out of the car and the marshals sped off.”

Whitehead’s account of the arrest was echoed by the Legal Aid Society.

“Before Andrew Abdullah could voluntarily present himself to the local district, he was needlessly ambushed by city marshals outside our Manhattan trial office and denied the opportunity to first consult with an attorney,” attorneys said in a statement.

Whitehead said he then called his “mentor” Adams again, who, according to the pastor, expressed his effusive praise.

“I called the mayor and let him know he was in custody. He said, “Thank you. You protected our city. You have done something great. No one knows what that child could have done to anyone else. You made it possible.” “

Whitehead, who was ordained 10 years after his arrest over a $2 billion identity theft charge for which he served five years in state prison, said his relationship with Adams was based on community service.

“He’s my mentor. We worked a lot in Brooklyn when he was Brooklyn Borough President. He helped me a lot.

“My father was Arthur Miller, he inspired Eric to start the 100 Black Officers In Law Enforcement. He was strangled by 16 police officers in 1978. He was the first I couldn’t breathe before Eric Gardner.”

The eye-catching minister also fired back at critics who had “crucified” the “man of cloth” for his designer threads and luxury vehicle, which were on full display on Sunday.

“I was dressed for the day. I wanted to work for myself and my entrepreneurship, but I got the call to help my community. What should I say? Should I go home and change my clothes so that I can be recognized as a bishop?” he asked.

“It was close to my heart to help the city of New York City. So I went with what I had on! I was wearing a Fendi jacket.”

It’s not the first time Whitehead’s extravagance has caused a stir. In 2016, The Post reported that he’d been cruising around Brooklyn in a Maserati and a Bentley — despite owing $261,000 on an outstanding 2009 court judgment over an unpaid personal loan.

A spokesman for the Legal Aid Society threw cold water on the entire premise of Whitehead’s claims about his involvement in the arrest of Abdullah, who was being held without bail for allegedly killing 48-year-old Enriquez at random while he was on the Q train His way to brunch was over the Manhattan Bridge.

“As for the pastor, he has no family connection. He has no connection to the legal team and the statements he has made on behalf of the family are false,” the company told The Post.

Mayor Adams had previously publicly referred to Whitehead as “my good friend and good brother,” but his office came under much tighter surveillance in response to the Post’s inquiry about the bishop’s account of Tuesday’s arrest.

“There’s a killer off the street and New Yorkers should be grateful to the NYPD for arresting this dangerous individual,” spokesman Fabien Levy said.

“As the Mayor said yesterday, this is an active case before prosecutors and we will say no more that could potentially prevent a trial and conviction.”

https://nypost.com/2022/05/25/nyc-pastor-explains-how-he-became-involved-in-subway-shooting-suspects-surrender/ NYC pastor explains how he got involved in the handover of subway shooting suspect 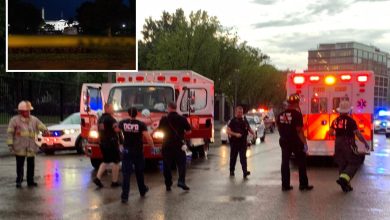 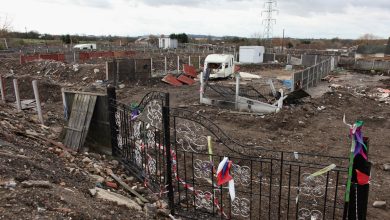 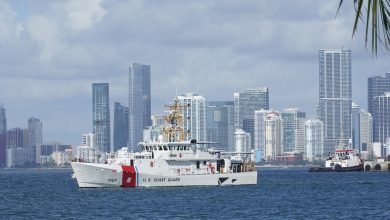 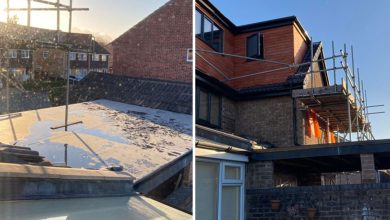