Alarming video shows a belligerent attacker pulling a baseball bat from his pants and punching an unsuspecting man in the back of the head on a Manhattan sidewalk.

The 47-year-old victim is thrown to the ground and the unidentified assailant is seen screaming at him in anger as he stands on the sidewalk in front of 1770 Amsterdam Ave. at 8:06 a.m. Tuesday. located in Hamilton Heights, according to video released Saturday by the NYPD.

It’s not clear if the two had any interaction prior to the attack, but the attacker appears to be aiming at the man and looks him in the face before drawing the gun. Police are now asking the public for help in identifying the perpetrator.

The video clip released by authorities shows the attacker fiddling with the bat in his pants, with the grip covered by a hoodie. He walks behind his intended target and almost walks past him, facing him.

Just then, a third man walks in the opposite direction between the two and the attacker, turns to face the street and stops, appearing to wait for the passerby to pass before taking out the bat. He hits the victim hard, who falls to the ground, rolling over in pain.

The attacker was last seen wearing a hoodie with “Nike” emblazoned across the front, gray sweatpants and black sneakers. The victim suffered a laceration and bruises and was rushed to NYC Health and Hospitals/Harlem by ambulance in stable condition, the NYPD said.

The person is described as a light-skinned man. The person was last seen wearing a black hoodie with “Nike” written on the front, gray sweatpants and black sneakers. 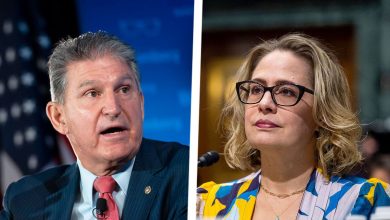 The Most Despicable Villains of 2021: Joe Manchin and Kyrsten Sinema 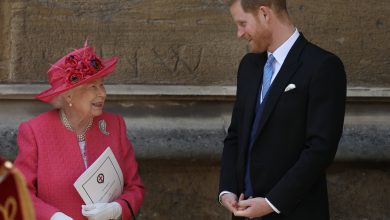 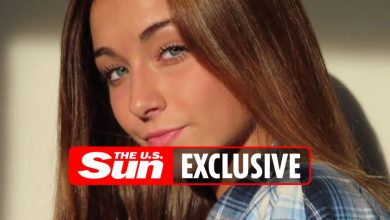 Ava Majury’s family has blamed those blaming the TikTok star, 15, after she was ‘targeted by TWO stalkers’ 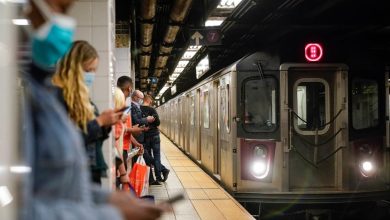