Lander’s annual State of the City’s Economy and Finances report, released late Thursday, finds that the city’s budget is expected to spend $1 billion annually through 2026 to cover housing, education and food costs of migrants – especially after the expiry of the federal border policy “Title 42” on December 21st.

“Although the number of asylum seekers arriving from the border has slowed in recent weeks following a change in US policy, that policy is now under a federal judge’s order to end on December 21, suggesting that much is unknown as to what these trends mean in the coming months and years,” Lander wrote.

“It is also highly unlikely that even if the flow of migrants were to decrease significantly in the coming months, the need for services for those already in the DHS and HERRC shelters would drop to zero by the turn of the year.” , he said, referring to the city’s 58 emergency hotels and “mega-accommodation” currently under contract to house over 21,000 migrants.

“For this reason, barring a strategic plan at the federal, state and city levels, the Comptroller’s Office will assume $1 billion of continued spending. It is quite possible that this amount will be even higher in FY2024 if the population continues to grow.”

Adams submitted a desperate $1 billion funding application to the Federal Emergency Management Agency last month, The Post exclusively reported, but the agency told The Post they are still accessing the application — which means it is there is currently no financing guarantee.

Now City Hall is concerned that the end of the pandemic-related Title 42 immigration policy will restart the relentless influx of immigrants pouring into the Big Apple from the southern border since the spring.

Hizzoner slammed the federal government and Gov. Kathy Hochul on Thursday — declaring “nobody” is coming to the city’s rescue.

“We didn’t get a dime from anyone. That has to stop. We need help,” an angry Adams said during an independent news conference at City Hall.

Adams ordered a series of belt-tightening measures, including cuts in agencies’ budgets and the elimination of vacancies in the city.

“If the federal agencies don’t pick up that part of the burden, it’s going to be on the city budget,” said Citizens Budget Commission President Andrew Rein.

City Hall did not return an immediate request for comment on the report. 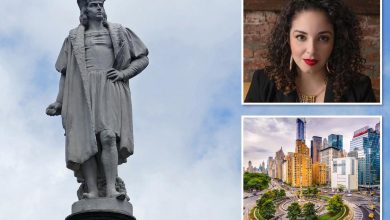 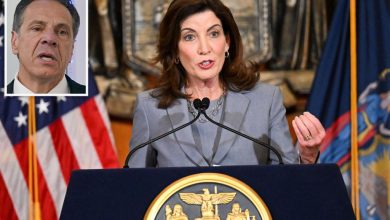 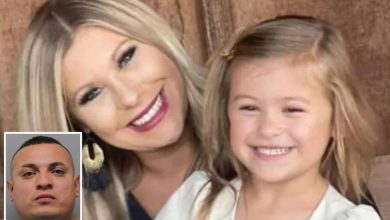 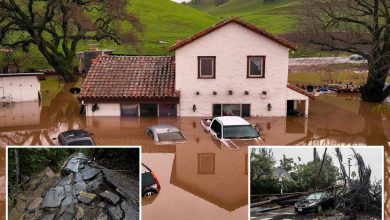