The New York Association of Catholic Charities is being stretched to the limit by the massive number of migrants referred to its offices by immigration authorities in Texas over the past six weeks, officials said Tuesday.

“We’ve been tense here at the Catholic Charities to host more than 1,500 people,” the nonprofit’s executive director, Monsignor Kevin Sullivan, told reporters during a news conference in Manhattan.

Maryann Tharappel, who directs the Catholic Immigrant and Refugee Charities’ special projects, also said unspecified government officials in the Lone Star State have urged migrants to show up at their corporate headquarters in Manhattan’s Sutton Place neighborhood, their community service office in the Financial District and a neighborhood center in the Bronx.

“These are not residential addresses,” she said.

“These are not spaces that can accommodate these immigrants.”

Tharappel added: “And worse, the Government assumes these are addresses where they can receive mail, inform them of their court proceedings and of upcoming deadlines related to their check-in requirements [Immigration and Customs Enforcement].”

Tharappel also showed a selection of the more than 300 official notices for migrants to appear in court, which she said Catholic charities had recently received in the mail.

Sullivan said the crisis is being exacerbated by the busloads of migrants that Texas Gov. Greg Abbott recently moved to the Big Apple to protest what he calls President Biden’s “irresponsible open borders policy.”

“The rebound this past week is frustrating,” Sullivan said.

“But it makes us proud to be a New Yorker that we step up to the plate.”

Both Sullivan and Tharappel turned to the Biden administration for help.

“The magnitude of this situation that we are experiencing now requires more than New York City, upstate New York,” Sullivan said.

“The federal government needs to react to this crisis.”

Archbishop Timothy Dolan also urged New Yorkers to show sympathy for the migrants, whom Jennifer, 44, spoke through an interpreter to tell of her migration from Venezuela.

“These are not just refugees and asylum seekers in the plural. These are people with names and with fathers and mothers,” he said.

“These are husbands and wives and children. We love them and welcome them. I was so happy to see her happy to be here.”

Catholic charities, which encompass more than 90 private social services organizations, typically spend $20 million a year to serve about 46,000 immigrants and refugees in the Archdiocese of New York, the Manhattan, the Bronx, Staten Island and seven suburban counties north of the city includes .

These efforts include reuniting families, teaching English and US civics, arranging work permits and jobs, and preventing the exploitation of newcomers to America, according to the organization’s latest annual report. 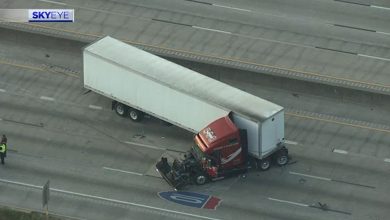 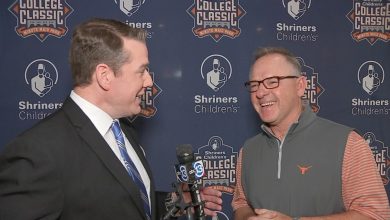 The No. 1 Longhorns head coach chats with ABC13 before the Shriners Children’s College Classic 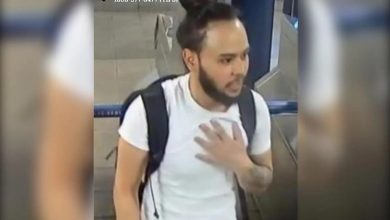 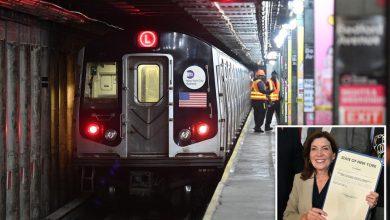