A new beach club opens on Governor’s Island — and its owner ships 350 tons of sand in an ambitious bid to create a tropical paradise in the middle of New York Harbor.

Gitano Island – a seasonal restaurant and beach club based on the legendary Gitano restaurant and bar in Tulum, Mexico, is slated to open next month with more than 500 tropical plants and palm trees on the premises, including fire brush and hibiscus.

“Logistically, it’s quite complex. We ship 12 truckloads of sand on a ferry and barge,” said James Gardner, founder and CEO of Grupo Gitano.

“At the end of the season we donate the plants and trees to the island or local schools,” he added.

However, the sand will remain. Gitano Island have signed a five-year deal that runs from Memorial Day through the end of October.

“The opportunity presented itself and it all happened very quickly,” Gardner said.

The restaurant and beach club will be elevated on the water with stunning views of the Manhattan skyline — and outdoor showers for rinsing off. Even so, there will be no swimming as the city closes off access to the water.

“We think this is more of a fancy beach club than a fancy bikini club, but we’ll see what happens,” Gardner said.

This first season for Gitano Island follows four successful summers of Gitano, Garden of Love between Tribeca and Soho, where guests like Maisie Williams, Paris and Nicky Hilton and Honey Dijon kicked off their shoes to feel the sand through their toes. But the location — a vacant lot at Canal and Varick that Gitano turned into a magical slice of Tulum every summer — was no longer available.

“I have lived in New York for more than 20 years but have never been to Governors Island. I fell in love with the magic of the island as if I had been transported east after a five-minute ferry ride,” Gardner said.

While taking a chance on Governors Island, Gardner says the 173-acre reserve’s proximity to Casa Cipriani, the private club and hotel at 10 South Street, helped seal the deal.

“Casa Cipriani audiences are already familiar with Gitano,” Gardner said, adding that he hopes it will be an easier lift to take them to Governors Island since they’re already almost there — just half a mile away.

“I hope there will be synergy with the members of Casa Cipriani as many of them are also familiar with Gitano in Tulum and it might not be that difficult to get them to take the four minute ferry ride,” he said.

In addition to the $4 ferry ride — from the Battery or Brooklyn, which is even closer — there’s BoatrideNYC, a private “rigid-inflatable boat” service from Pier 25 in Tribeca that charges $650 for up to six people , “they want”. arrive in style,” added a spokeswoman.

Cabanas and a few chairs await beachgoers, however they arrive. Some will be for regular guests, while an inner sanctum of lounges and cabanas is reserved for Beach Club members, who also have access to reservations and private events.

There will also be a giant disco ball reflecting the waters of New York Harbor, a marquee stage with local and international DJs and live artist performances. Membership includes priority access and reservations, as well as invitations to special events, Gardner said.

Signature dishes include guacamole, watermelon salad, crab tostada, and branzino in a banana leaf, with new additions like a Mexican lobster roll and a new taco and frozen margarita bar.

Gitano Island is part of a reboot of Governors Island to bring more people to its shores. A luxury Italian spa, QCNY Spa, opened in March.

There will be 17 food and drink vendors this summer. New spots include Tokyo Drumstick – a new concept from the Brooklyn owners of Kimchi Taco – and the Carreau Club, currently located in Industry City.

The island will also feature a walk-in petanque court Club, with food from Court Street Grocers. Additionally, there is a new partnership with the New York Food Truck Association, which will introduce a rotating roster of food trucks, added a spokesman for The Trust for Governors Island.

Island glamping is also on the rise thanks to Collective Retreats, which launched in 2018 and also has glamping locations in Hill Country, Tex. and Vail, Colorado. A tent for two over Memorial Day weekend on Governors Island costs anywhere from $350 to $1,200 a night, said Vanessa Vitale, the collective’s chief hospitality officer, adding that a community lottery system also has tents for $75 a night opens.

“The island has such large, open spaces and has always been a great destination for New Yorkers,” Vitale said, adding that the collective has grown with the island over the past few years.

“Governors Island gets better every year,” he says. “The city is trying to improve that. The staycations are great for city visitors and the bureaucracy [security clearances for restaurant food deliveries on the ferry] relaxes too.”

The island will also host special events such as the Pride Island Music Festival featuring performances by Lil’ Kim and Kim Petras on June 25th and 26th hosted by NYC Pride. There are also programs to showcase artists and their work.

“As Governors Island continues to grow, We’re proud to expand our community of small businesses and vendors that provide amenities to our visitors,” said Clare Newman, President and CEO of the Trust for Governors Island. 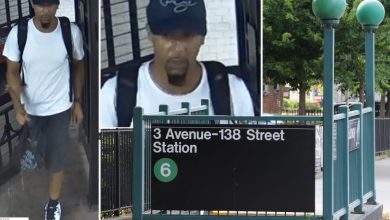 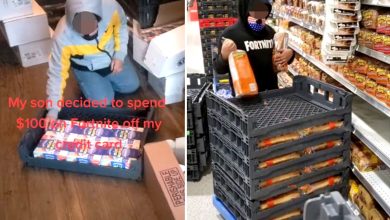 My son spent $100 on my credit card on Fortnite – instead of punishing him, I made him work for every penny 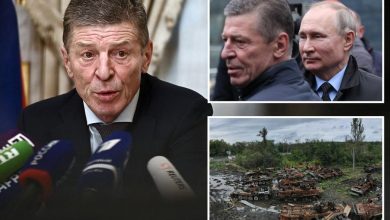 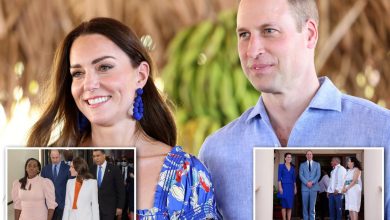