A new law has been introduced in the New York State Senate aimed at making children safer online, and it could force social media companies to implement a variety of safety features — including bans on advertising to teens and theirs Search data – if it is passed.

The legislation, introduced by state senator Andrew Gounardes (D-Brooklyn) on Friday, is modeled on one in California that Gov. Gavin Newsom signed into law earlier this month despite stiff opposition from big tech groups.

The Golden State’s Age-Appropriate Design Code Act, a law first of its kind in the United States, requires online platforms to design their products with children in mind and establish privacy guardrails.

New York’s legislation, while similar, takes further steps by including a number of provisions designed to help families in the event of serious harm being done to children online.

“We want to make the internet safe for everyone and this is one way to do that,” Gounardes explained.

“These children are so vulnerable, and at a time when they’re spending so much of their lives in front of a screen and using these new forms of communication without oversight and regulation … it’s imperative to act on their behalf and in their interest.”

Brooklyn-based victims’ rights attorney Carrie Goldberg, who specializes in digital privacy violations, helped draft the bill after realizing that many of her cases involved incidents that could have been prevented if such safeguards were already in place would have been.

“If you’re in the business of targeting tech products at minors, you have minimal safety requirements,” said Goldberg, whose clients include the parents of children who have died after buying fentanyl-laced pills on Snapchat.

“It’s no different than when you make toys or cribs or car seats,” she said in a recent interview with The Post. “If you’re selling consumer products for children in the store, you can’t design products that endanger their lives.”

A key aspect of the New York bill, which is missing from California law, is a provision that would require tech companies to have a method for parents to notify them in an emergency — a sort of “911” for ongoing digital crimes.

The 33-year-old Guatemalan housekeeper tried desperately to find a customer service number for Instagram to no avail after learning from her sister that nude photos and videos of her child were being plastered through the app and shared in direct messages to more than a dozen classmates, relatives and Friends.

“My first reaction was to try to stop it. Like I was panicking, but at the same time I felt this urge to stop. But how?” Maria recalled through tears.

“I had no way of contacting her like a real person…I wanted to speak to a real person and let them know this was going on…but there was no one there.”

The nightmare began after she met a 17-year-old boy online and bonded with him over their shared love of anime. He soon reportedly told her she was his girlfriend and forced her to send naked photos and videos of himself and eventually the passwords for their accounts.

When the Iowa boy allegedly asked for 150 nude photos and Maria’s daughter refused, he locked her out and began sending her nude photos from her account to her friends.

At this point, the distraught mother’s only option was to flag the images as inappropriate on Instagram and hope the platform would take quick action, which doesn’t always work.

Maria said she also went to a local NYPD precinct but, although her daughter’s pictures were considered child pornography, she was told “there is nothing we could do”.

“One of the officers said, ‘You should discipline your daughter,'” Maria recalled. “The police couldn’t help me, who else? … I felt alone in the world in the middle of the pandemic.”

It took another two and a half weeks for Instagram to delete her daughter’s accounts, and that was only after a social worker connected Maria to Goldberg, who had the opportunity to contact the company directly and agreed to take on the case at no cost.

But the damage was already done. While the boy is now being prosecuted in Iowa, Maria said her daughter has made numerous suicide attempts and has been in and out of psychiatric inpatient facilities since the ordeal.

“Our life is not normal,” said the mother, fighting back tears. “We live in tension most of the time because we never know when it’s going to hit a crunch.”

Other provisions in the New York bill include requirements that tech companies expedite warrants and subpoenas relating to crimes against children and provide parents or guardians with access to their children’s accounts when they die.

Upstate New York’s mother Kim Devins has been fighting to gain access to her daughter Bianca’s social media pages since the 17-year-old was killed in July 2019 – and images and videos of the crime went viral after killer Brandon Clark killed her posted on Instagram and Discord. He pleaded guilty and was sentenced to 25 years of life imprisonment in March 2021.

More than three years later, Devins, 38, still can’t access her daughter’s accounts, nor does she have the ability to make the pages private, control comments, or block obnoxious comments, including incels who continue to post about them how the teenager deserved to die and share links to the murder photos.

Instagram told Devins it could delete the accounts, which the mother didn’t want because the pages serve as online digital memorials for loved ones, or she could set up an estate for her daughter.

“Most [deceased] Kids don’t need an estate, and that takes a lot of time and money to hire a lawyer and set up an estate,” Devins told The Post, adding that her daughter’s Instagram account has gone from 2,000 followers to over 166,000 after her death.

“We shouldn’t have to waste time and money setting up an estate, going to court and fighting for the right to our minor child’s accounts,” she said, “it’s something parents shouldn’t be dealing with.” after losing a child. It’s the scariest thing you have to go through in your life.”

Technology industry groups and activists fought vehemently against the California law, which passed on September 15. Critics said it could dramatically reshape the internet, restricting freedom of expression and requiring adults to prove their age before accessing sites they might only want to visit for a few minutes and only once.

A similar fight is now expected in New York.

At the time, Goldberg called the passage of the law the end of a “six year gladiator fight.” She acknowledged on Friday that Gounardes faces an uphill battle against the same lobbyists and the hurdle of convincing his colleagues to get involved in his draft law protecting children online.

“We’re certainly ready to fight, but the face of politics in New York State has changed in recent years and our lawmakers are stronger than ever, passing legislation that helps consumers and victims.” ‘ Goldberg said, citing the Child Victim Act, the Adult Survivors Act and the extension of the statute of limitations for rape.

“We’re seeing some really progressive legislation passed despite massive lobbying,” she continued, “and I’d like to think we can withstand pressure from tech companies.”

Gounardes, 37, is “ready for the battle between David and Goliath,” and if California can do it, so can New York, Goldberg said.

The state senator has yet to secure a co-sponsor for the gathering, but when asked he said he “fully expects” to get his colleagues on board.

“I guess my answer has to be yes, right?” said the lawmaker.

“I think it’s really hard to say that the status quo is acceptable when we know there are vulnerabilities and gaps in protecting these children,” Gounardes added. “We’re not trying to shut down social media, we’re just trying to put smart, thoughtful and important guard rails in place and I don’t see how or why people would object to that.” 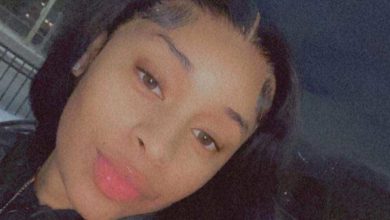 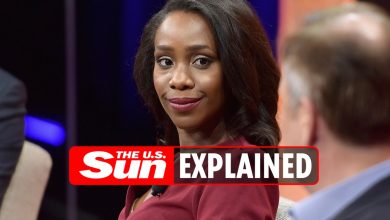 Where is CNN’s Abby Phillip? 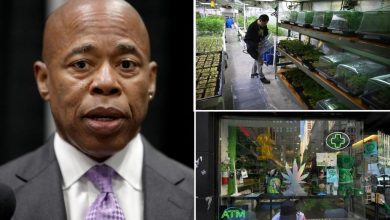