The progressives are on the brink of ending one of the Big Apple’s largest and most controversial affordable housing programs, potentially wiping out the construction of thousands of new rent-stabilized housing as rents soar across the city.

Efforts to expand or revise the 421-a program have stalled in Albany due to fierce opposition from the left and ineffective opposition from City Hall’s dysfunctional Statehouse operation, which has failed to reach key lawmakers.

“It’s all politics. What’s going on here is that the extreme left wants to trade it in [limiting evictions] and there are people facing primaries who would prefer nothing to happen,” said a veteran Albany official.

The 421-a program, which expires in June, offers developers city property tax rebates worth an estimated $1.8 billion in exchange for agreeing to cap rents on a portion of the apartments in the new developments they build and to regulate.

“In the last decade, about 8,000 affordable units were built with 421 without subsidies,” said Vicki Been, the former city commissioner and deputy mayor of housing who now directs the Furman Center at New York University. “And that’s a lot considering how hard it is to build new homes, that’s a really important resource.”

Overall, 421-a either partially or fully funded 4,030 of the 4,279 newly rent-stabilized apartments in New York City in 2020, figures from the Rent Guidelines Board show.

Not only that, Been added, a study due to be released this summer by the Furman Center shows that new affordable housing funded by 421-a is being built in affluent neighborhoods where the median income exceeds $80,000 per year is.

Built with direct subsidies, the units are placed in poorer neighborhoods where incomes average just $48,000 because officials get more bang for their buck.

Mayor Adams sounded resigned when asked about the fate of the program on Friday.

“My job is to present a case. They think it over and come back,” Hizzoner told reporters. “I think we’ve made a compelling case for why we need an extension of 421-a.”

But he added: “I can’t say we won’t do what we have to do based on what’s happening in Albany or the federal government. We must keep building the city. I hope they look into a possible extension of 421-a [of] at least a year, but it’s up to them.”

The premise of the program is simple: create affordable housing through New York City’s broken property tax system, which is hitting new leases hard, while providing rebates to homeowners in neighborhoods where property values ​​are soaring.

It grants tax breaks to developers in exchange for reserving newly built homes for qualifying lower, middle, or upper-middle incomes. These units will be included in the rent stabilization, so future increases will be limited by the Rent Guidelines Board.

But progressives have long targeted the program, angered by its structure and provisions that allow developers to set rents on some of the apartments for households with incomes up to 30% above the city average.

That means a family of three earning $156,000 annually could qualify for an apartment — which would potentially cost $3,900 a month for a two-bedroom apartment.

“421-a has long outlived its usefulness and should have been repealed,” said one critic, Sen. John Liu (D-Queens).

Another Democratic honcho in the House of Lords, Sen. Liz Kreuger, claimed in a statement that the current program “primarily subsidizes commercial and luxury housing.”

Gov. Hochul included a revision of 421-a in her original budget proposal that would have limited eligibility to lower tiers: A family of three could qualify if they earned $108,000, and the rent would also be lower — $2,700 per month for a two-room .

Adams’ operations in Albany did not embark on a concerted campaign in support of the overhaul as part of the budget passed in April – or when the session ends.

Just two of 16 key Democratic lawmakers reached by The Post — who either sit on relevant committees or are leaders — had been contacted by Adams or city lobbyists ahead of Hizzoner’s Albany trip last week about the future of the billion-dollar program .

“This is the least muscular legislative operation I’ve seen by a mayor in my time,” said a veteran Democratic Republic senator.

Even so, Albany staffers said they weren’t sure an all-cylinder operation in Albany could make a difference, as Democratic lawmakers fear being accused of backing developers as the summer primary draws nearer.

“The mayor has been slow to assemble a team that knows how to operate in Albany,” said the veteran lobbyist. “On that issue, I don’t think it would make a difference.”

Meanwhile, leftists like City Comptroller Brad Lander jumped into the vacuum and campaigned against Hochul’s proposal, arguing that it was too expensive and deferential to the developers.

Instead, Lander argued, state lawmakers should phase out the program and begin an overhaul of the property tax system that treats rents more fairly, which has repeatedly failed.

Was served at the last Property Tax Review Commission, which concluded in 2020 and issued recommendations that have gone nowhere since.

“I was on that commission, I can tell you how hard that would be,” she said, before adding of the looming gap in the residential real estate tax break: “It’s disheartening, it’s just not clear what Plan B is here is.” 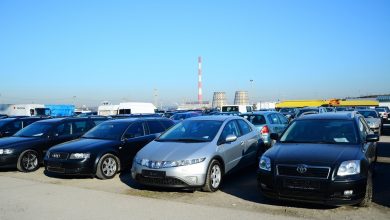 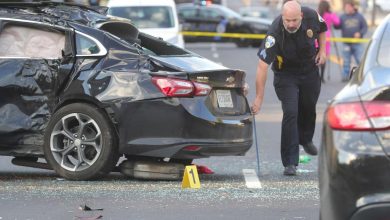 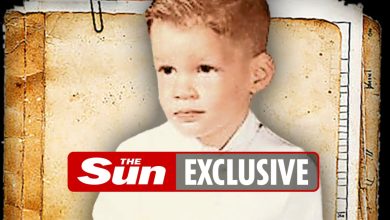