A 42-year-old woman had her Range Rover stolen while filling up at a Long Island gas station — and was dragged several feet in the brazen daytime robbery, police say

The victim parked her vehicle at the 76 gas station on Glen Cove Road in Glen Head just before 11 a.m. Tuesday when thieves in a white Porsche Cayenne SUV pulled up next to her, Nassau County Police said.

Surveillance footage of the robbery obtained by ABC-TV News shows the unidentified woman casually pumping petrol as a man exits the passenger side of the SUV and squirms up – before getting behind the wheel of the Range Rover.

Both cars then take off, with the victim holding on to the side of her vehicle before she falls.

Police said the stolen vehicle stopped nearby at the junction of Glen Cove Road and Glen Head Road and the thief jumped out with the woman’s purse and laptop and jumped into the Porsche Cayenne, which sped away.

Both carjackers, including the driver of the Porsche, remain at large.

Nassau Police said the woman suffered minor injuries and was treated at the scene.

Cops are urging anyone with information about the incident to call the Nassau County Crime Stoppers at 1-800-244-TIPS. 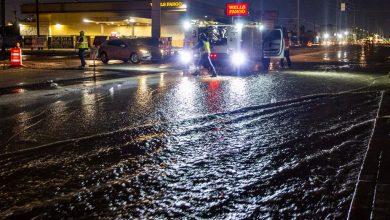 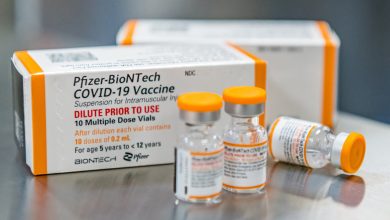 Fourth dose of Covid-19 vaccine is needed, Pfizer CEO says, but the company is working on a shot to handle all variants 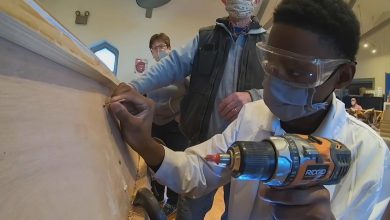 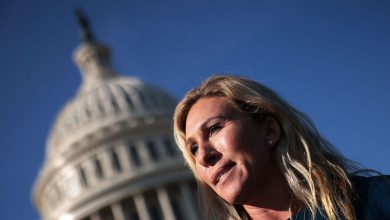