Wearing MASK in supermarkets and shops will be mandatory again from next Tuesday, November 30.

Aldi was the first UK supermarket to respond, confirming that all of its shoppers will be required to wear masks from then on.

It is expected that all other supermarkets will follow, after the government publishes more detailed instructions, which will come into effect tomorrow.

In one Press Conference yesterday, Boris Johnson announced the stricter rules around wearing a mask as part of a plan to prevent the spread of the new variant of Omicron.

“We’ll also go the extra mile in asking all of you to help stop the spread of this variant, by tightening face covering regulations in stores and on vehicles,” he said. public transport.”

Notice is given later two cases of the dreaded super-spreader have been reported in Essex and Nottingham.

The latest crackdown is expected to require everyone in UK shops, trains and buses to wear face coverings – unless they are medically exempt.

We spoke to each UK supermarket to find out their current rules and when they are expected to change.

Aldi is the only supermarket that has confirmed that it will change its rules from Tuesday.

Giles Hurley, managing director at Aldi UK, said: “The safety of our colleagues and customers is our number one priority.

“According to the latest Government announcement, the wearing of face coverings will be mandatory for everyone entering the store in Aldi from Tuesday 30 November, with the exception of those with a medical exemption.”

Masks are also still required in Aldi’s Scotland and Wales stores. Other measures such as hand sanitizers and screens will also be maintained.

Asda says it has always followed government guidance throughout the pandemic and it is awaiting further details following yesterday’s announcement.

Meanwhile, Asda is encouraging its customers to respect each other and continues to provide face coverings in-store for customers who want to wear them.

Customers must wear a face covering when entering stores in Scotland, Wales and Northern Ireland, unless exempt.

Currently, Lidl is not making face masks mandatory in the UK, although it is still required in stores across Scotland and Wales.

The website now reads: “While it is no longer legally required in the UK, the government expects and recommends that people wear face coverings in crowded areas and we will have signage in public areas. store entrance to remind our customers of this.”

Store employees are left to decide for themselves whether they want to continue wearing masks.

The Sun has contacted Lidl to see if the new rules will apply from next Tuesday.

Iceland’s current regulations say: “Face coverings are no longer mandatory in UK stores, however, we encourage customers and colleagues to continue to wear face coverings in stores in Iceland. , if they can do so”.

The Sun has asked if the new rules will apply from next week, but Iceland has not yet responded.

Morrisons says it will “follow all updated government guidance” to keep customers and colleagues safe.

We couldn’t find anything on the Morrisons website that says what the current rules are, but we’ve asked the supermarket and will update this story when we know more.

Asked if Sainsbury’s rules would change from next week, a spokesman said: “We are reviewing the latest government guidance and will keep customers and colleagues updated.” .

Under current regulations, masks are not required but customers are required to wear face coverings when possible.

Tesco requires its customers to continue to wear masks even though it’s not currently required by law.

A statement on the website reads: “Please continue to wear face coverings in our stores if you can.

“The government wishes and recommends that people continue to wear face coverings in crowded and closed places.

“So we are encouraging our colleagues and you, our customer, to continue wearing face coverings where possible.”

For customers and employees in Scotland, Wales and Northern Ireland, face coverings remain mandatory unless waived.

The Sun asked Tesco if the rules will change from next week and will update this story when we have a response.

For now, Waitrose recommends that customers use face coverings in stores, but it is up to the individual to say whether they follow this guidance.

The Sun asked if the rules will change from next week and will update this story when we know more.

What happens if I break the rules about wearing a mask?

The government has yet to release its detailed guidance, so we won’t know for sure what happens to those who break the rules until tomorrow.

However, before 19 July, police and Transport for London officials can impose a £200 fine (reduced to £100 if paid within 14 days) for a first offense.

Repeat offenders can be fined twice as much for each offense – up to a maximum fine of £6,400.

It is likely that any fine or action will be of a similar size. 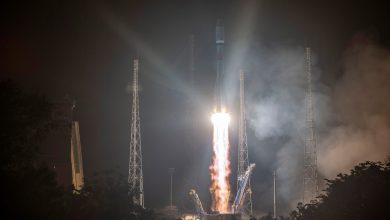 Without Russia, science alone approaches the problems of the world, dreams 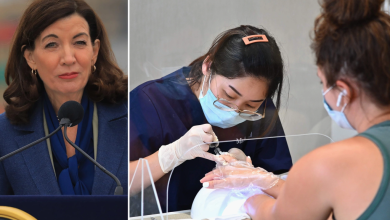 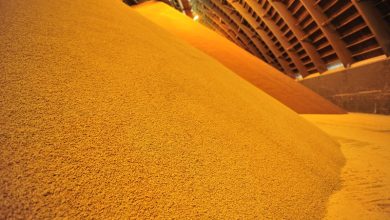 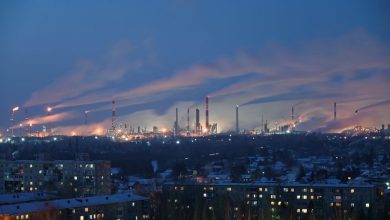