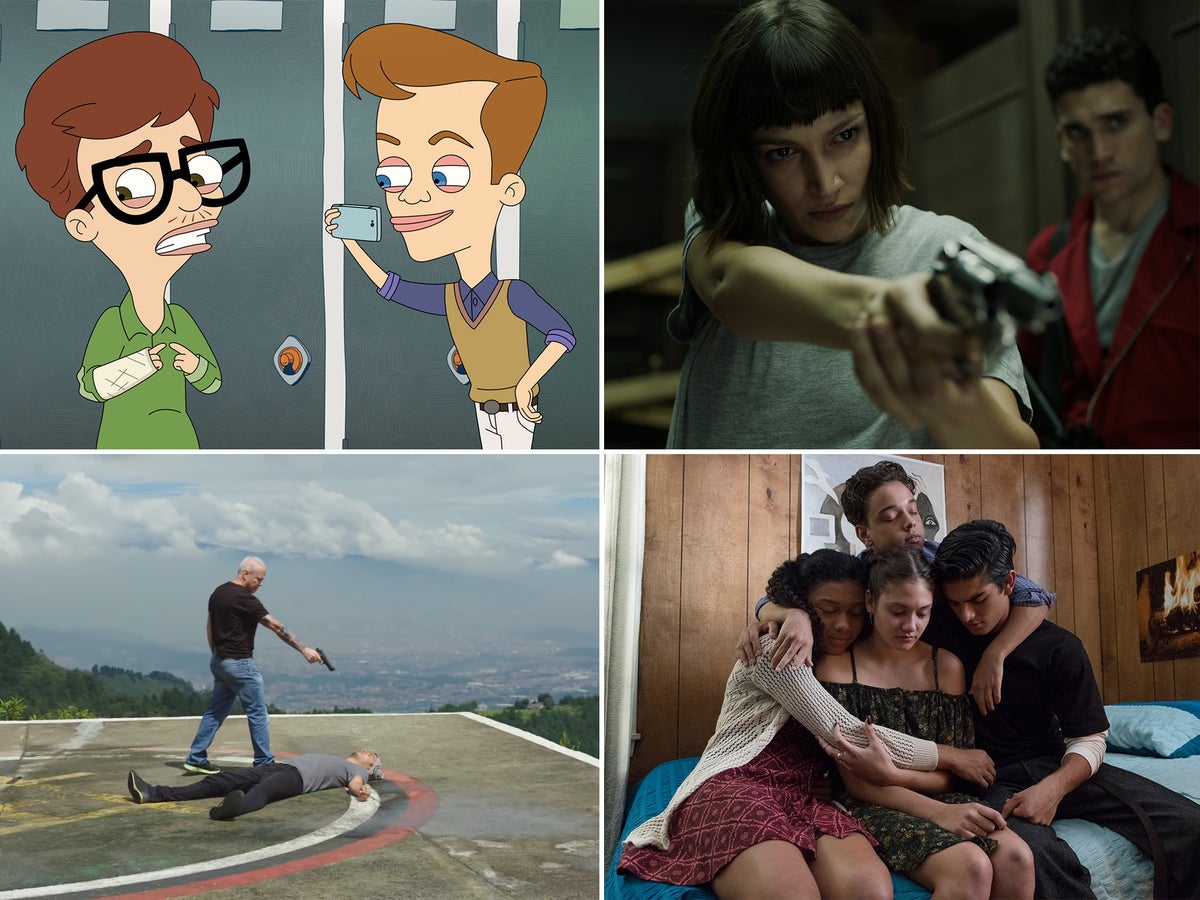 It’s hard to believe that it was just nine years ago that Neflix commissioned its first original content – the political thriller House of Cards.

At the time, it was a bold, audacious move, and it seemed almost puzzling that such big names (Kevin Spacey, Robin Wright) were willing to star in a… web-series?

Now, though, just about every star is getting in on the action, and you can hardly move for Netflix original content.

Which means, of course, that plenty of gems get lost in the noise. Every month, one or two Netflix originals launch a thousand memes – but what about the less buzzy ones?

To ensure your new favourite show or film doesn’t get lost in the algorithm matrix, here are some of Netflix’s best, most underrated originals.

Known as La Casa de Papel (House of Paper) in its native Spanish, Money Heist is Netflix’s most streamed non-English language show. The bank heist is a tired dramatic trope these days, but don’t let that, or the show’s bland English-language title, put you off – creator Álex Pina has made something special. The heist here, led by a mysterious man known only as The Professor, involves breaking into the Royal Mint of Spain and printing off €2.4 billion. There are even more twists in the show’s 15 episodes than there are hostages.

In stark contrast to the off-beat, low-key comedy that currently rules TV – the kind that provokes a wry smirk rather than a hearty laugh – One Day at a Time is a big, bright sitcom filmed in front of an interminably enthusiastic studio audience. You wouldn’t have thought that the story of a Cuban-American army veteran / nurse / single mother – who suffers from PTSD and depression – would fit into this format, but it does so beautifully, tackling issues of sexuality, racism and sexism in the process.

Based on writer / director Tamara Jenkins’s own fertility struggles, Private Life stars Kathryn Hahn and Paul Giamatti (both giving brilliant performances) as a spiky, loving middle-aged couple desperate to have a baby. They even rope their enthusiastic but irresponsible niece Sadie (Kayli Carter) into the mix, much to the horror of Sadie’s mother (Molly Shannon, turning a potentially repellent character into one worthy of empathy). It’s subtle, restrained and beautifully realised.

Crude, rude, and rife with surprise emissions and bodily functions, animated sitcom Big Mouth is also a sensitive, nuanced deep dive into the various horrors of teenagehood. When 12-year-old Andrew Glouberman (John Mulaney) is visited by the hormone monster (Nick Kroll, who voices many of the show’s best characters), he finds his life irreversibly – and seemingly disastrously – changed. Unlike many other puberty-centred comedies, Big Mouth makes as much time for its confused female protagonists as its male ones; Maya Rudolph is a delight as the female hormone monster, and look out for Kristen Wiig’s wonderful turn as a talking vagina.

Joe Swanberg’s style of defiantly undramatic mumblecore isn’t for everyone, but if you enjoyed his earlier films, Drinking Buddies and Happy Christmas, you’ll find plenty to admire in this anthology comedy-drama series. Big-name stars such as Orlando Bloom and Aubrey Plaza crop up, but Jane Adams – who you might remember from Todd Solondz’s chronically depressing 1998 film Happiness – is the show’s heart, and Marc Maron is its jaded soul.

Community’s Gillian Jacobs is brilliant as the prickly, magnetic recovering addict Mickey, who forms an unlikely – and arguably deeply unwise – relationship with her nerdy neighbour Gus (Paul Rust). Despite Gus’s pathological need to be the nice guy, we’re never quite sure who or what we’re rooting for – which is what makes Love such complex, compelling viewing.

In 2016, comedian Patton Oswalt’s wife, the true crime writer Michelle McNamara, died suddenly in her sleep. That subject matter doesn’t exactly scream “stand-up special”, but out of his devastating loss, Oswalt managed to craft something funny and profound. Over the course of an hour, he processes his grief onstage, managing to find humour in the struggle to raise his grieving six-year-old daughter alone.

Granted, this horror-comedy – which stars Drew Barrymore as a neurotic real estate agent who suddenly develops a taste for human flesh – is really silly, and really, really disgusting. But it’s also strangely charming, and funny. Timothy Olyphant is excellent as Sheila’s frazzled husband Joel, and the pair’s idiosyncratic but respectful relationship with their smart teenage daughter Abby (Liv Hewson) isn’t quite like anything else on TV right now.

New Zealand journalist David Farrier is an unlikely TV presenter in the same way that Louis Theroux is – in just about every scenario in which he finds himself, he’s a little bit awkward. But as with Theroux, Farrier’s weakness is actually his strength, allowing him to endear himself to the many unusual people he meets on his journey through the world’s most questionable tourist destinations. Farrier’s stops include the site of the Fukushima nuclear disaster, the road where JFK was assassinated, and the Milwaukee suburbs where serial killer Jeffrey Dahmer murdered his victims.

Based on Vikram Chandra’s epic 2006 novel, Netflix’s first Indian original series is a slowly unfolding gem. The first season of Sacred Games – which follows a troubled police officer (Saif Ali Khan) who has 25 days to save his city thanks to a tip-off from a presumed dead gangster – only covered one quarter of Chandra’s 1,000-page novel. As the show itself declared when it announced the forthcoming second season, “the worst is yet to come”.

When the trailer for Dumplin’ first landed, it seemed all the ingredients were in place for a film that was at worst tone-deaf, and at best vaguely patronising. Thank heavens, then, that the trailer did Dumplin’ such a disservice. Starring Danielle Macdonald (who broke out in the excellent 2017 film Patti Cake$) as Willowdean, a self-described “fat girl” who enters a local pageant to annoy her former beauty queen mother (Jennifer Aniston), Dumplin’ is as funny, warm and sensitive as its protagonist – and with a killer Dolly Parton-laden soundtrack to boot.

This sci-fi thriller – which features disappearing children, a mysterious local power plant, and scenes set in the Eighties – has, for obvious reasons, drawn comparisons to Stranger Things. But Dark is even more beguiling and (true to its name) less family-friendly than Stranger Things.

Though it’s been somewhat tarnished by claims that director David France appropriated the work and research of trans film-maker Reina Gossett, this documentary is nonetheless a loving, respectful tribute to gay rights activist Marsha P Johnson. One of the key figures in the Stonewall uprising (though her involvement was almost entirely eradicated in 2015’s critically hated Stonewall), Johnson modelled for Andy Warhol, performed onstage with drag group Hot Peaches, helped found the Gay Liberation Front, and then died under suspicious circumstances in 1992.

This coming-of-age series might not have found as many eyeballs as it deserved last year, but those it did find were glued to the screen. In fact, it was the most-binged show of 2018 – meaning that it had the highest watch-time-per-viewing session of any Netflix original. Created by Awkward’s Lauren Iungerich, On My Block follows a group of Los Angeles teens as they navigate both the drama of high school and the danger of inner-city life.

Two beleaguered assistants (Zoey Deutch and Glen Powell) conspire to get their over-demanding bosses (Taye Diggs and Lucy Liu) together in order to get their lives back in this winning romantic comedy. Set It Up is responsible not only for coining the term “over-dicking” (it’s much more innocent than it sounds), but for rejuvenating a tired genre.

Martin Freeman stars as the father struggling to protect his young daughter from a zombie epidemic spreading across Australia. So far, so overdone. But this drama thriller, directed by Ben Howling and Yolanda Ramke and based on their 2013 short of the same name, throws a handful of unpredictable spanners in the works.

Like a cross between The Hunger Games and CW series The 100, this Brazilian dystopian thriller, set in an unspecified future, revolves largely around an impoverished community known as the Inland. Every year, each 20-year-old takes part in a series of tests; the highest scoring 3% will be chosen to live in paradise in the Offshore. It is an intriguing and addictive commentary on class and privilege.

With shades of John Ford’s The Searchers, this languorous western was critically acclaimed but swiftly forgotten after it landed on Netflix in 2016. Set in 1884, it’s about Frank Griffin (Jeff Daniels) and his notoriously ruthless gang of outlaws’ pursuit of their injured former ally Roy Goode (Jack O’Connell), who is hiding out in a small town populated solely by women after a mining accident killed off all its men. A gun-toting Michelle Dockery, clearly relishing the change of scenery after years of Downton Abbey, and a taciturn Jack O’Connell are on brilliant form.

Part satire of true crime documentaries such as Making a Murderer, part carefully observed portrayal of teenage life, American Vandal was criminally underappreciated during its two season run. It’s been cancelled now, but that doesn’t mean you can’t catch up with it, and then write Netflix a strongly worded email.

This coming-of-age series about a teenage boy with autism was sweet and well-intentioned from the start, but its first season was criticised for a handful of inaccuracies, and for its lack of autistic actors. Rather than drowning in a sea of defensiveness – as too many shows tend to do – it listened, and brought in autistic actors and writers for its excellent second season.

https://www.independent.co.uk/arts-entertainment/films/features/netflix-best-series-movies-b2238282.html Netflix hidden gems: The best originals you might have missed

Football legend Pelé has been transferred to palliative care

Maria Sanchez's family is suing over the death of a dumbwaiter 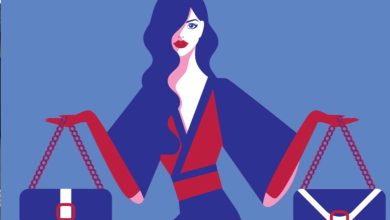 Libra weekly horoscope: What your zodiac sign has in store for March 13th 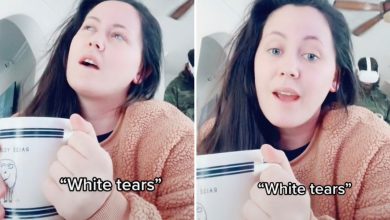 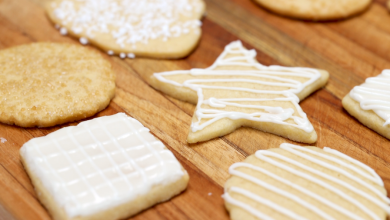 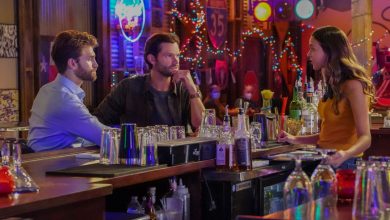