A naked Florida man was arrested after allegedly murdering a woman and her infant – then killed another person and injured several others as he tried to flee, police said on Saturday.

Dan Spidle, 35, was involved in three separate hit-and-run car accidents in his botched getaway – fatally shooting the driver of a vehicle he struck, WSVN reported.

Spidle began his insane crime spree in a Coral Springs apartment complex, where police say he killed a woman and left her one-year-old child mortally wounded.

According to local reports, the baby was later pronounced dead at a local hospital.

How the two were killed is unclear.

Spidle fled in a silver 2019 Kia and was involved in a hit-and-run accident at the corner of West Sample Road and Powerline Road in Pompano Beach, police officers told Local 10.

Shortly after, he was involved in a four-car collision near Powerline and Sample Roads in Coconut Creek.

He shot and killed the driver of a white pickup truck he hit and two others were injured in the accident, according to police. Spidle then fled in the truck.

Spidle crashed again outside of a Walgreens on the corner of Sample Road and Lyons Road in Coconut Creek. He fled the stolen vehicle and attempted to steal a woman’s necklace, authorities said.

When Coconut Creek officers arrived at the scene, he was walking around naked.

He was arrested and charged with murder, burglary and fleeing multiple accident scenes, WSVN reported. 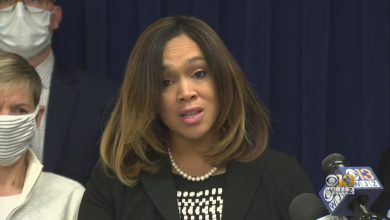 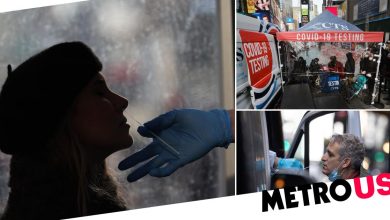 Covid: Omicron symptoms seen in 90% of US patients identified 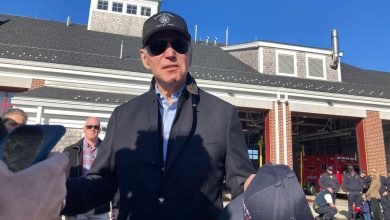