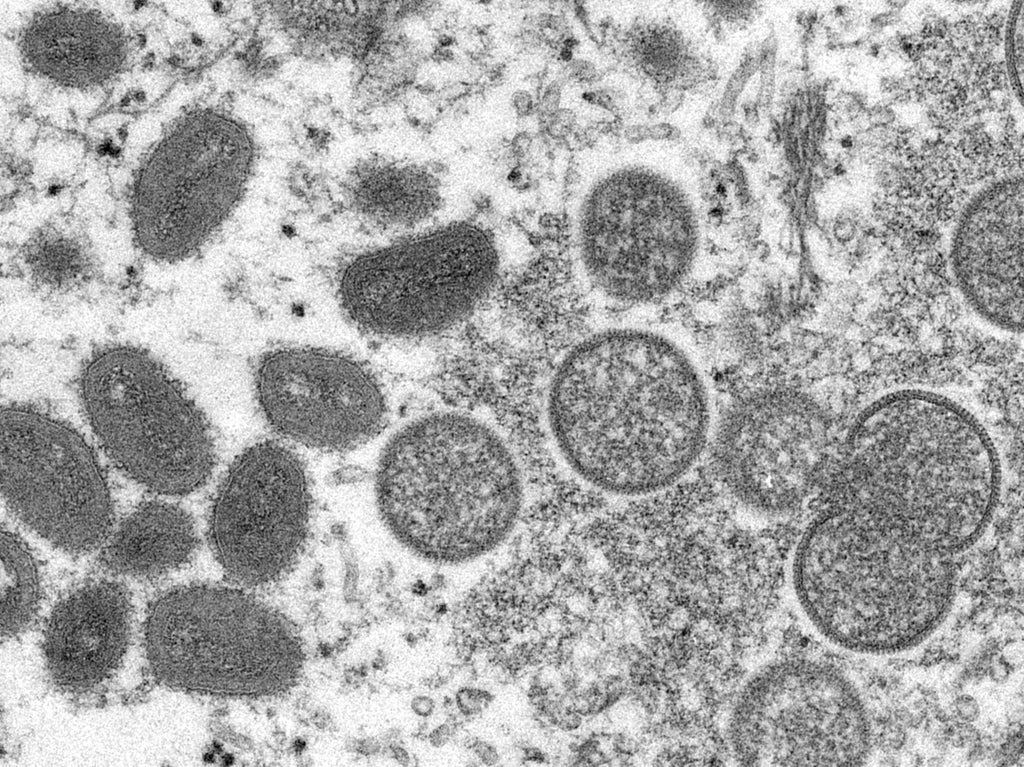 Monkeypox has now been detected in a fifth US state after public health officials in Washington announced Monday night they were investigating a “suspected case” in a male patient.

The man had recently returned from an overseas trip to a country where the contagious virus was spreading and was isolating at home, King County officials said.

The United States has registered one confirmed case of monkeypox after a Massachusetts man tested positive last week.

In each case, the patients had recently returned from trips abroad. State officials said the risk of others being exposed to the disease is low because it can only be spread through contact with infected lesions.

Cases of the rare infectious disease have suddenly spread across the world in recent weeks, with infections confirmed in countries including the UK, Spain and Portugal.

Because the disease is rare and more common in Central and West African countries, the infections in those countries have raised some concerns.

The World Health Organization is now holding daily meetings on the situation, with an emergency meeting being held on Friday by the committee responsible for advising on infection risks that could pose a global health threat.

Now that the rare infectious disease has been confirmed on US soil, the US government is increasing orders for a smallpox vaccine that is also effective against monkeypox and is urging the public not to worry.

Here’s everything you need to know about the outbreak and what might happen next:

What do we know about the first case in the US?

The man, who was hospitalized in Massachusetts, had returned from visiting friends in Nigeria in early May, the CDC and the Massachusetts Department of Public Health (DPH) said.

His case was confirmed on Wednesday and health officials have been working to identify people who may have come into contact with the man while he was contagious.

The man had recently returned from Canada and was traveling in a private vehicle, according to the CDC.

What do we know about the New York case?

New York City health officials announced on May 20 that a patient has tested positive for a monkeypox-related virus, believed to be the second confirmed case on US soil this year.

Two patients had been tested for monkeypox, with one of the patients ruled out as negative, according to the NYC Department of Health and Mental Hygiene’s Public Health Lab.

The second patient tested positive for orthopoxvirus, the family of viruses that includes monkeypox.

Confirmation of the person’s diagnosis comes after the US Centers for Disease Control and Prevention (CDC) completes further testing. Until then, however, the patient is in isolation and is presumed to be positive.

What do we know about the Florida case?

Florida health officials said Sunday they had identified a “presumptive” case of the infectious disease.

A Broward County patient who recently returned from a trip abroad has been placed in isolation after showing signs of infection.

Test results are sent to the CDC to confirm it is monkeypox. No other cases were detected in the Sunshine State and Health Department officials notified people who may have been exposed to the patient.

The Florida Department of Health said in a news release that the risk of exposure is low because it involves contact with lesions or items that have been contaminated by lesions.

Two other suspected cases were reported in Utah

Health officials in Utah said Monday that two adults who recently returned from overseas are also suspected of contracting the disease.

The couple lived in the same house in Salt Lake City and are isolating and were at no risk of exposure to others, health officials said.

• The Utah Public Health System has determined no risk of exposure to the public due to these probable cases.
• Monkeypox is a rare disease typically found in central and western Africa, although health officials have recently identified several cases in Europe and North America.

Washington state is the fifth state to report a suspected case

Washington state health officials said Monday night they had discovered suspected monkeypox in a man who had recently returned from a trip abroad.

Officials in King County, which covers Seattle, are working to find out who the man was in contact with while he was contagious and are contacting people they described as “potential low-risk exposures.”

The man did not require hospitalization and is isolating at home, they said.

Tests conducted at the Washington State Public Health Laboratory showed the man tested positive for the family of viruses known as orthopoxviruses.

Further testing is being conducted by the CDC.

Seattle and King County public health official Jeff Duchin said in a statement there was no evidence monkeypox was spreading locally, but didn’t rule out the possibility.

“People should understand that the disease can strike anyone and those who are most at risk are those who have had close physical contact with someone with monkeypox. The risk is not limited to men who have sex with men,” said Dr. Duchin.

Are there other cases in the US?

The CDC has said it is investigating at least six other possible cases of the infection after people sat near an infected passenger on a flight from Nigeria to the UK earlier this month.

None of the six people show any symptoms of monkeypox and are said to be healthy and at low risk of contracting the infection.

Monkeypox comes from the same virus family as smallpox and presents as fever, headache, muscle aches and fatigue. It can also show up as a rash that starts on the face.

The CDC says, “The main difference between the symptoms of smallpox and monkeypox is that monkeypox causes lymph nodes to swell (lymphadenopathy) while smallpox does not.”

A few days after infection, the skin may look like chickenpox or syphilis and fall off after the scab forms.

It can take anywhere from five to 21 days for monkeypox to cause illness after exposure, and it usually lasts up to four weeks.

Why is monkeypox spreading?

Monkeypox is spread through close contact between people with an infection and primarily through large respiratory droplets, according to the CDC.

Because respiratory droplets can’t travel more than a few feet, prolonged face-to-face contact is required, the agency says. Rodents have been blamed for spreading cases in central and western Africa, in situations where people have been bitten or scratched by an infected animal.

Jimmy Whitworth, a professor of international public health at the London School of Hygiene and Tropical Medicine, said The Associated Press that the resumption of international travel after Covid-19 was partly responsible for the recent cases in the US and Europe.

“My working theory would be that there’s a lot of that in West and Central Africa where travel has resumed and that’s why we’re seeing more cases,” Whitworth said.

Another theory put forward by Anne Rimoin, an epidemiology professor at UCLA in California, held that the eradication of smallpox in Africa and the phasing out of vaccinations would have allowed monkeypox — which had been treated with the same vaccine — to spread easily.

An international investigation into the outbreak of cases is underway.

The US Centers for Disease Control and Prevention (CDC) said they are preparing for the “possibility of more cases” in the US after the first confirmed case in Massachusetts but is urging calm among Americans.

The Biden administration has taken steps to buy 13 million doses of monkeypox vaccine and placed a $119 million order with Bavarian Nordic for the Jynneos vaccine.

The vaccine is effective against both monkeypox virus and smallpox.

Another $180 million is poised and waiting to buy even more vaccines if or when needed, allowing the country in total to get 13 million doses into the arms of the American people.

Has the US ever had monkeypox?

Yes, last year in the US there were two cases found in Texas and Maryland.

Both cases have been linked by the CDC to US travelers to Nigeria, who said the cases came from a strain of monkeypox first detected in the West African country in 2017.

A shipment of animals from Ghana, also in West Africa, was responsible for an outbreak in six states in 2003 – Illinois, Indiana, Kansas, Missouri, Ohio and Wisconsin.

The outbreak resulted in 47 confirmed cases and was the first time monkeypox had been reported outside of Africa, according to the CDC.

Where else has monkeypox been reported lately?

Authorities in a handful of European countries have reported cases of monkeypox in recent months, with nine confirmed cases in the UK, five in Portugal and 23 potential cases in Spain.

In a recent update, the UK government said at least two of the cases “have no travel links to a country where monkeypox is endemic, so it’s possible they acquired the infection through community transmission”.

The first seven cases were related to travelers from Nigeria, like the cases registered in the US in 2021, while the more recent cases were found “predominantly among gay, bisexual or men who have sex with men”.

Eight of the Spanish cases have also been linked to men having sex with men, while in Portugal a cluster of 20 potential monkeypox infections were all among men, authorities said.

Is there a cure?

There is no specific cure for monkeypox, which was first identified in the Democratic Republic of the Congo in the 1970s.

In the US, the smallpox vaccine, antivirals, and vaccinia immunoglobulin (VIG) are potential treatments, the CDC said.

While most people recover from monkeypox within weeks, the disease can be fatal for one in 10 people, says the World Health Organization.

https://www.independent.co.uk/news/world/americas/monkeypox-virus-outbreak-where-florida-b2086116.html Monkeypox in the US: where is the disease and will it spread?

AG Stein admitted to the hospital after a “slight stroke”. 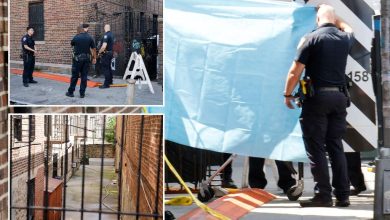 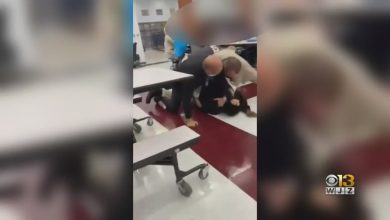 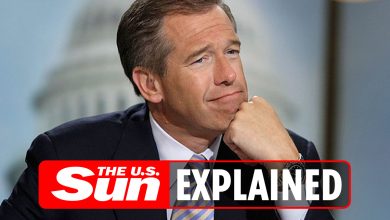 Who will replace Brian Williams? 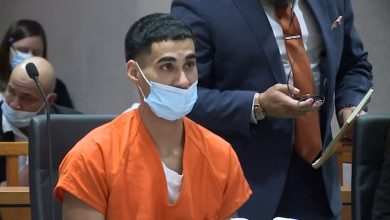