A respected Detroit-area school that passed an “anti-racism resolution” in 2021 suspended one of its teachers after she distributed a worksheet to students comparing former President Barack Obama to monkeys.

The paperwork, reportedly given to about 30 students at the Roeper School in Bloomfield Hills, Michigan, asked the students to identify primates from a photo gallery labeled monkeys, apes and lemurs. Included in the gallery was a picture of the former President.

After news of the worksheet circulated, the school canceled classes Thursday over alleged threats. They also offered counseling and said in a statement: “On behalf of the leadership of the Roeper School, we would like to acknowledge the disturbing racial offense involved in an assignment with a sixth form class last week.”

“The decision to use this curriculum was completely inconsistent with our school’s philosophy and mission, and we sincerely apologize for its use and the harm it has caused,” the school continued.

“Although the teacher has accepted responsibility and admits the error of not properly reviewing the resource, we know that is not enough and she has been placed on administrative leave until further notice.”

Carolyn Lett, who serves as the diversity director at the $30,000-a-year school, told local news outlet WJBK-TV that the worksheet “disgusted her” and that “she couldn’t believe it.”

“When I first saw it, I tried to understand it myself,” she said.

Lett said the teacher claimed she was “appalled” by the worksheet and didn’t notice Obama’s portrait among the animals.

“It becomes all the more challenging for us because it’s the opposite of who we are as a school,” said Clay Thomas, chairman of Roeper’s board of trustees, according to local Fox 2.

In May 2021, the school’s board of trustees passed an anti-racism resolution that asserted that “ongoing social justice issues in our country, including the killings of Black, Indigenous and Colored (BIPOC) people, have had a profound impact on our past and feature students, faculty, staff, administrators, trustees and families at the Roeper School.

One of the resolutions passed by the board at the time was “that we believe black lives matter” and that “we condemn all forms of bullying, micro-aggression, hate speech and violence.”

According to its website, the Roeper School is the oldest school for gifted children in the United States and prides itself on educating students from diverse ethnic, racial, and socioeconomic backgrounds. It was founded by George and Annemarie Roeper, who moved to Michigan in 1941 as religious refugees from Nazi Germany.

Details on the 'Star Wars' actor's net worth 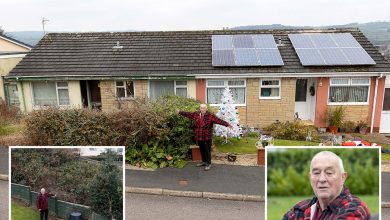 Pensioner, 78, hits back at neighbors behind ‘messy’ row of bungalows, blaming Covid and health problems 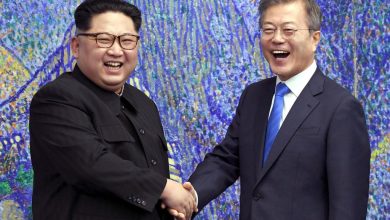 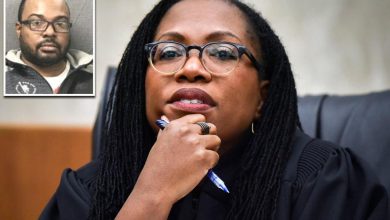