DWAYNE JOHNSON is one of the most famous stars in the world.

The former wrestler, 49, rose to fame in WWE before forging a stellar acting career in the bright lights of Hollywood.

So you can understand why the good people of Morgan County, Alabama, are surprised when they see “The Rock” drive by in a local squad car.

Lt. Eric Fields became a viral sensation late last year after the sheriff’s office uploaded a snapshot of the officer to its Facebook page.

Locals and fans alike were stunned by the cop’s resemblance to the wrestling great who was named Time’s 100 most influential people in the world in 2019.

Fields, 37, certainly has the physique to rival The Rock in his prime, judging by the ridiculous size of his biceps.

Weighing a whopping 260 pounds during his wrestling days, 6ft 5 Johnson was the figurehead of the WWE revival in the early 2000s.

There aren’t many who can physically compare to Johnson, but 17-year-old police veteran Fields certainly stands the test.

In various police department snaps, the bald police officer can be seen towering over locals while donning a bulletproof vest and sidearms.

Fields is now a tactical and firearms training instructor and has worked his way up the ranks in the police force, having previously worked at the Morgan County Jail.

And his newfound fame came as no surprise, as Fields revealed the resemblance to Johnson was a “long-running joke.”

Fields said: “I’ve been called the love child of The Rock and Vin Diesel.

“I agree. It’s humorous. It’s flattering. There could be worse people, I think.”

Aside from their similar looks, Fields and Johnson also share a love of fitness.

Even the former Deputy US Marshal’s family gets involved, with his wife Wendy buying him rock merchandise to wear while he practices.

Fields’ notoriety has exploded since late last year and he now has over 25,000 followers on his Instagram.

He likes to keep his fans updated on his fitness goals and recently posted a snap of him in a torn Superman shirt after a particularly grueling workout session.

Fields has embraced his newfound fame, even as some overzealous fans have chased him for a selfie at the train station.

The Morgan County Department wrote on Facebook: “This gentleman recently ran into Sgt. Mason and told him he wanted to meet our deputy, who people say looks like ‘The Rock.’

“Sgt. Mason passed that on, and Lieutenant Fields was happy to stop by the Hartselle Walmart to see him.”

In his seventeen years on the job, Fields has seen it all and is happy to match it with an image.

He continued, “If it comes up and someone says [they want a picture]I play with.

“I really couldn’t be anyone but myself. I’m just glad I got to be a part of someone’s happiness and laughter.”

After the viral snap went viral late last year, it was only a matter of time before the big man himself chimed in.

And he even suggested that the sculpted couple meet up for a drink.

Johnson wrote: “Oh s***! Wow. The guy on the left is way cooler. Stay safe brother and thank you for your service. One day we’re gonna drink @Teremana and I need to hear all your “rock stories” because I know you have them”

Throwback pictures of The Rock, who was unrecognizable as a teenager, show his immense body transformation to become the icon he is today.

The Jumanji star has a net worth of around $405 million and is ranked second on WWE’s richest list.

Fans are desperate for the Superstar to end his WWE retirement and return at Wrestlemania 38 alongside Stone Cold Steve Austin.

Texas Storm: 1 dead and over a dozen injured as tornadoes swept through north Texas 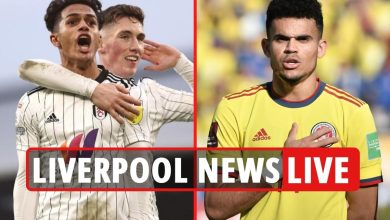 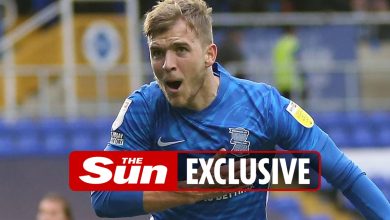 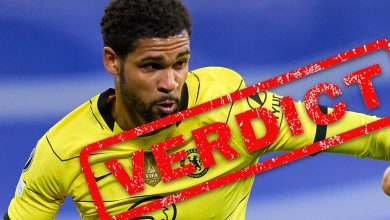 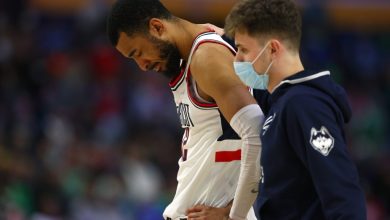 UConn’s heartache is a harsh reality