Trey Ganem talks to the dead and builds their coffins.

Now the owner of SoulShine Industries, a company that makes custom coffins in Edna, Texas, is donating his efforts to help victims of the Uvalde school shooting.

Ganem, 50, told the Post on Saturday he is paying for the coffins, which cost about $3,400 each. He said he met with the families of 19 of the victims – 18 children and a teacher – and he designed coffins featuring dinosaurs, butterflies, softball and scenes from TikTok videos.

A total of 21 people were killed on Tuesday when an 18-year-old gunman marched into Robb Elementary School, barricaded himself in a classroom and began killing.

“I got a call from some people who needed boxes urgently and I was really tearing up about the whole thing, so I decided to help,” said Ganem, the star of A&E reality show Trey the Texas Medium.

He spoke to The Post while loading eight of the coffins into a truck for the nearly four-hour drive to Uvalde. All the coffins should be in town by Tuesday, in time for the funerals.

He said he met with the victims’ families on Wednesday and Thursday and began shaping the coffins on Friday. He has worked around the clock to finish the designs he paints on the caskets made by the Cherokee Casket Company in Georgia.

“We started work on the caskets on Friday and we painted eight of them,” he said. “We’re still talking to the families as we speak and they’re in the funeral homes going through the funeral homes and looking at examples. And then here we are in Edna, writing down the information to get exactly what they want.”

Ganem makes the custom-made coffins for all but one of the children, but doesn’t want to elaborate further. He also makes the coffin for Eva Mireles, one of the fourth grade teachers who was gunned down in her classroom.

He says he communicates regularly with the deceased while he works on coffins, including victims of Tuesday’s shooting, but would not elaborate.

“It helps me make the caskets,” he said.

Ganem is no stranger to mass shootings. He worked on coffins for the 26 people killed in the 2017 Sutherlands Spring Church shooting and designed a coffin for Fort Hood soldier Vanessa Guillen, who was killed in 2020. For Guillen’s casket, he also used images of the Mexican and American flags as one of the Virgin Mary, he said. He also made a coffin for Texas rapper 50 Pak, who died in 2017.

Ganem inserts his designs into computer-generated images, creating “a giant sticker” to wrap around the coffins. His son Billy, 27, helps with diaper changing.

He has been clairvoyant since he was 5, Ganem said, and has worked as a medium for several years.

“It was a beautiful thing for me to hear all of their stories,” he said. “I feel like I’ve become a part of her family.”

NYC DOE does not "respect" Jews with public gatherings on Sabbath: leaders 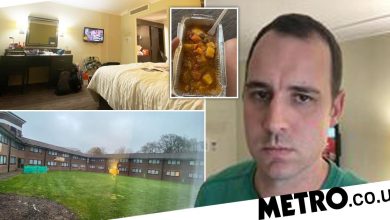 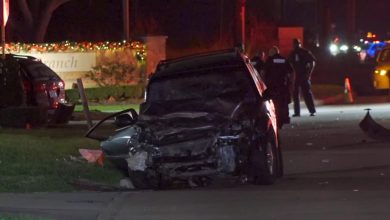 New Year crash: 3 dead, 4 injured in massive crash on Barker Cypress Outsiders have much to say 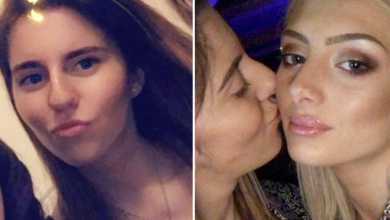