It’s the little moments that make the musical really sing.

It’s easy to get caught up in the halo and pizza while watching a musical movie. But before the cameras hit, it was rarely a glamorous festival. And like a Clap, clack… Boom! The behind-the-scenes clip illustrates, that hard work makes the final product even better.

The cinematic adaptation of To rent composer / playwright Jonathan LarsonThe semi-autobiographical musical – which focuses on his struggles to become a super-creative emerging artist in New York City – has garnered critical acclaim from critics and the public alike. As Own Collider Matt Goldberg Written, “Although it takes a while for the film’s themes to truly come together, you can’t deny the film’s pounding heart of undying ambition, fear, and love. for the world of musical theater. With Andrew Garfield delivers a stunning performance at the heart of the film, Clap, clack… Boom! is a captivating tribute to an artist struggling to discover his voice. “

New clip uploaded by Netflix introduces, acts before the director Lin-Manuel Miranda call “Action!” can be less like grand exhibitions and more like quiet, almost intimate moments in large sets.

RELATED: ‘Mark, mark… Boom!’ Review: Andrew Garfield was phenomenal as Lin-Manuel Miranda pays tribute to Jonathan LarsonThe video features a series of moments with the actors running practice before the actual filming begins. Andrew Garfield star and Robin de Jesus working on their running elevator and happily and silently rehearsing the dance moves in the lobby for “No More.” Director Miranda oversee the sidewalk shooting of the hip-hop number “Play the game.” Vanessa Hudgens basically singing in an empty room while setting up “Come to Your Senses”. And Garfield performed his commanding choreography with his masked choir during a green-screen-supporting dinner, before filming the explosive and uplifting “Sunday.” Each clip is preceded by actual footage of the final product, emphasizing how much cinematic magic has been applied to achieve the final product.

Just like the original one-person version of Larson Clap, clack… Boom! blossomed into a full-fledged musical after his death, the film version broadened his original horizons even further. And watching these little behind-the-scenes moments grow into something spectacular seems like a fitting parallel theme. Watch the behind-the-scenes clip below:

How ‘Tick, Tick… Boom!’ Develop a small musical to fit the big screen

This is how one man’s performance creates a much larger life.

Seth Sommerfeld is a writer, editor, podcaster and occasional do-it-yourselfer. He hosts and produces the counterintuitive pop culture podcast, Everyone Is Wrong. He has written for The Washington Post, Rolling Stone, SPIN, Fox Sports, Seattle Met, Seattle Weekly, and was published in Myth, Media, and Culture in Star Wars: An Anthology. During non-pandemic times, Seth typically attends more than 100 concerts a year. T-Pain is one of his Nintendo Switch friends.

SantaCon returns to NYC despite the rise of the Omicron variant 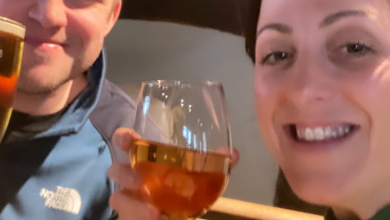 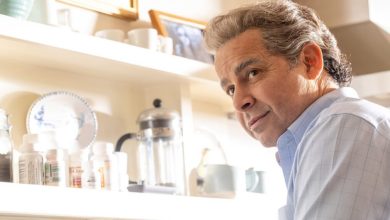 Where is Miguel in Flash Forward? 3 theories about his absence 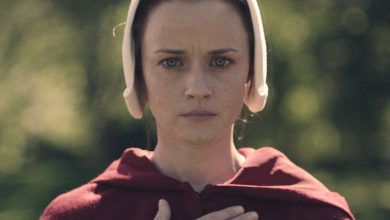 The Handmaid’s Tale star Alexis Bledel won’t be returning for season five: ‘I felt like I had to step down’ 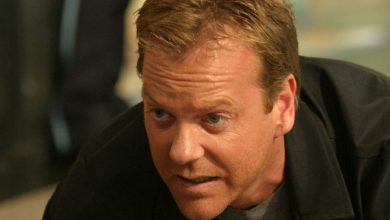 Kiefer Sutherland defends the use of torture by 24: ’24 is your excuse for Abu Ghraib? You must be kidding me’