A duo lured a man into a Midtown coffee shop and snatched his expensive knife-tipped Rolex watch, police said Wednesday.

The 27-year-old victim showed up at the Toast Cafe on Sixth Avenue near West 36th Street around 10:30 p.m. on June 11 and, police said, may have been intent on purchasing drugs.

He was met with a man outside who accosted him and then took him to the upstairs dining area, cops said.

There, a second man, who was sitting at a table, got up and approached her, the authorities said.

The two suspects then used a knife against the victim’s back and ripped his $10,000 watch from his wrist, police officers said.

Then they left the place and headed north on Sixth Avenue.

The victim reported no injuries.

One of the suspects is described as a dark-skinned man with a heavy build, black hair and facial hair, who was last seen wearing a black baseball cap, sleeveless white hoodie, white T-shirt, green camouflage shorts and white sneakers.

The NYPD released photos of both men early Wednesday.

The theft didn’t immediately appear to be linked to high-end robberies like OED — or Own Every Dollar — which have been terrorizing customers of Big Apple hotspots for their pricey jewelry. 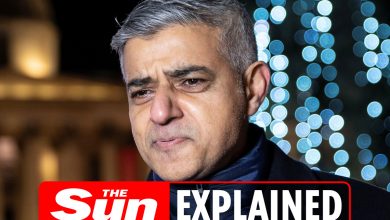 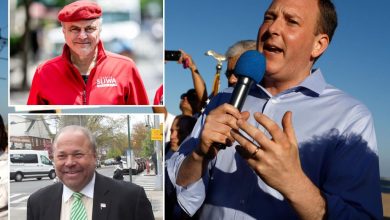 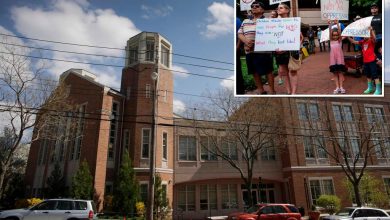 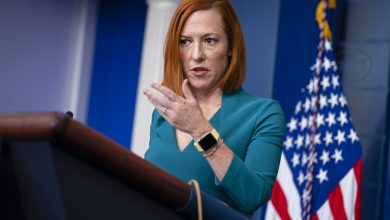