“Law & Order” alumnus Chris Noth now has two biracial sons whom he is proud of and protects. However, he and his partner, Tara Lynn Wilson, did not get married until after 10 years of dating.

Despite the age difference of 27 years, Chris Noth and Tara Wilson started quite early and tried very hard to keep their relationship private.

While the pair stay out of the limelight, they have worked together on numerous occasions, from acting to business partners.

On November 13, 1954, Christopher David Noth was born to Charles James Noth, a corporate vice president of marketing and insurance agent, and Jeanne Parr, a news reporter, with the talk show “The Jeanne Parr” Show”.

His parents separated when he was young, and he lost his father when he was 11 years old. Noth spent the rest of his childhood with his mother and three siblings.

He attended an experimental school called The Barlow School, which completely changed his life to focus on art. After graduating, he studied at Marlboro College in Vermont.

Noth wanted to be a writer or poet but studied English literature and religion. While still in school, he joined the troupe and made his first stage appearance in the play “She Stoops To Conquer.”

He attended the Yale School of Drama, and before graduating, he studied with Sanford Meisner at the Neighborhood Playhouse in Manhattan. To earn a living, Noth worked as a waiter in various restaurants.

In 1985, Noth graduated with a Master of Fine Arts, and since theater was his first love, he told his agent that he would not do television. Unfortunately, the roles came very slowly and he had to do television to survive.

In 1988, he filmed a pilot for “Law & Order” as NYPD homicide detective Mike Logan. He became the last main cast member to leave the series in 1995.

Three years later, he reprized his role for the Law & Order drama “Exiled: A Law & Order Movie.” While Noth appeared in films and series, his stage career also blossomed.

In 2000, Noth made his Broadway debut as Senator Joseph Cantwell in the revival of Gore Vidal’s “Best Man” at the Virginia Theatre.

From 1998 to 2004, Noth established himself as a romantic comedian when he played Carrie Bradshaw’s boyfriend “Big” in “Sex and the City”.

In 2005, he returned as Mike Logan in “Law & Order: Criminal Intent” and played the role for another three years. Noth has also starred in other series such as “The Good Wife”, “Tyrant”, “The Equalizer”, among others.

In 2001, he won the World Theater Award – Best Theatrical Debut for “Best Man”, In 2015 he was named GQ International Icon of the Year.

Noth is also an entrepreneur interested in the entertainment side of business. He co-owns several clubs and is the majority owner of Ambhar Tequila.

The couple met in 2002 while Tara Wilson was working as a bartender at “The Cut Room,” a music club that Noth co-owned with Steve Walter.

In addition to being a bartender, Wilson is also an actress who came to New York City to pursue acting and graduated from the American Academy of Dramatic Arts.

After meeting for the first time, Noth and Wilson realized they were compatible, and began a beautiful love story. The actress, who starred in an episode of “Law & Order: Criminal Intent” in 2004, is also a businesswoman.

Chris Noth and Tara Wilson at HBO Max’s “And Just Like That” Premiere in New York on December 8, 2021, in New York | Photo: Getty Images

Noth and Wilson co-own the “Once Upon a Tea Cup” tea room in Windsor, Ontario. The couple now have two children married after 10 years of dating.

Although Wilson continues to act on stage in productions, little is known about her as she and Noth are both very protective of their private lives.

Noth reveals that he sees no value in revealing his family. Over the years, he’s had to develop a talent for dodging the paparazzi. He wouldn’t rather live his life for the camera like other celebrities.

Noth and Wilson both wanted a private ceremony, and they were even shocked when pictures of their wedding were even leaked. They were married in an intimate Hawaiian setting in Maui.

The wedding took place in the presence of just ten people at the luxurious beachfront estate on Makena Beach while their son Orion served as the ringleader.

Noth felt it was a bad thing to have to put her life in the magazine. He tries to create a wall around his family and relationships. Also, marrying an African American, relationship between races sometimes take center stage.

Sometimes he received hate mail and letters asking him not to appear in certain locations with his wife. He believes that there are sick people all over the world, and he tries to ignore them and pray they will get well.

Raise two son of two races which means Noth is aiming for a world where there are many like his sons. He wanted a world of natural evolution, without black and white.

In January 2008, Noth and his then-girlfriend welcome their firstborn son, Orion Christopher. The couple with their son in Los Angeles were thrilled to be first-time parents.

In February 2020, their family size increased as they welcome Their second son’s name is Keats. The couple was announced their pregnancy in September of the previous year.

With having children, Noth had to think about protecting them more. He share his time between New York and Los Angeles, where he lives in the suburbs for peace.

He doesn’t want to live in a place filled with paparazzi because that’s not the kind of life he wants his kids to grow up in.

The best gifts for the skincare fanatic in your life 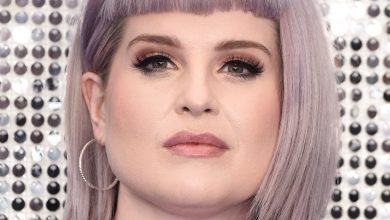 The Truth About Kelly Osbourne and Katie Hopkins ‘Feud 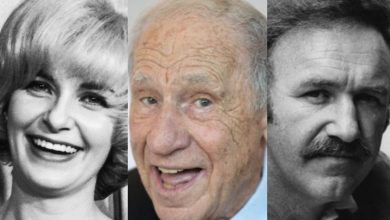 Oscars 2022: Who are the oldest living winners? 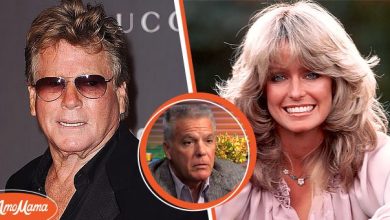 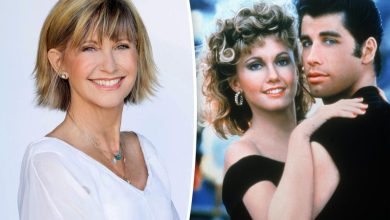