After the Lakers’ 110-99 loss to the Denver Nuggets on Wednesday night, in which they shot 8-30 from beyond the arc, they reportedly became the worst three-point shooting team in NBA history over a four-game span ESPN stats and information.

In the first four games of the season, the Lakers have made just 33 of their 148 3-point attempts, a 22.3 percent mark that makes for a dubious record.

It’s five percentage points worse than the Thunder, who hold the second-worst three-point shooting percentage this season, and a far cry from the all-time high of 41.7% held by the Charlotte Hornets.

The Lakers’ shooting battles aren’t limited to three-pointers either. They’re shooting 41.6% from the field, the second-worst this season in the NBA.

Not only the Lakers make questionable history, but also a team led by Lebron James 0-4 for the first time since his rookie season 2003-04. This Cavaliers roster missed the playoffs with a 35-47 record.

The Lakers opened the season with losses to defending champions Warriors, the Clippers, the Trail Blazers and the Nuggets.

Even though the Lakers had a terrible start to the season, James got off to a normal start. He leads the Lakers in points per game (25.2), rebounds per game (10) and assists per game (7.8) — but has also turned the ball about five times per game.

Los Angeles has an opportunity to put its three-point shooting on the line and earn its first win of the season against the Timberwolves in Minnesota on Friday night. 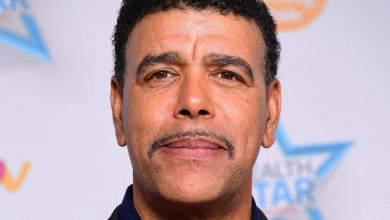 How old is Chris Kamara, who is his wife Anne and what commercials has the Ninja Warrior and Soccer Saturday Star been in? 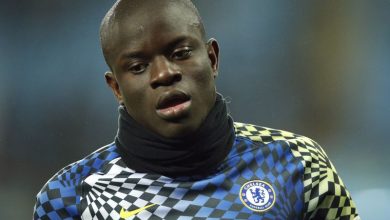 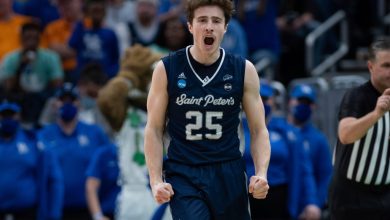 Doug Edert’s Journey to the Folk Hero of St. Peter