Two men missing at sea for more than a week were found Tuesday hundreds of miles off the Delaware coast safely in their sailboat that had run out of fuel and lost power, federal officials said.

Kevin Hyde, 65, and Joe Ditomasso, 76, waved their arms and a flag to draw the attention of the Silver Muna, a tanker that came to their aid 214 miles east of The First State, according to the United States Coast Guard.

The couple and a dog on board have not been heard from since Dec. 3 after departing from North Carolina’s Oregon Inlet, officials said. The men were en route to Florida after reportedly departing from Cape May, New Jersey, in late November.

“I texted Kevin and said, ‘Kev, as soon as your phone is working, please call or text, we’re concerned for your safety.’ I’ve called and texted both of them but nothing,” family friend Dan Sekel told WPVI-TV on Monday before the two were rescued.

The Atrevida, which means daring in Spanish, was found without fuel or power, leaving radios and navigation equipment inoperative, the Coast Guard said.

Hyde, Ditomasso and the dog were brought aboard the Silver Muna at 4:18 p.m. Tuesday and were examined by the ship’s medical staff, authorities said. According to the Coast Guard, the Silver Muna was scheduled to take them to New York City to be reunited with family and friends and for further investigation.

Hyde and Ditomasso were found a day after the coastguard sent an alert on social media and to merchant ships in the area trying to find them.

Planes and cutters were deployed by the Coast Guard, while ships of the US Navy’s 2nd Fleet, commercial and pleasure boats also pitched in to comb a total of 21,164 square miles of water.

“This is an excellent example of the maritime community’s concerted effort to ensure the safety of life at sea,” said Cmdr. Daniel Schrader said in a statement. “We are delighted with the outcome of the case and look forward to reuniting Mr Hyde and Mr Ditomasso with their family and friends.

“We also want to emphasize the importance of proper safety equipment and preparedness when navigating seas,” added the Coast Guard Atlantic Area spokesman. “An emergency position displaying a radio beacon or ‘EPIRB’ allows seafarers to immediately contact first responders in the event of an emergency.” 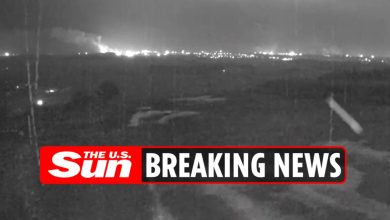 Fear of shelling has begun in Ukraine as terrified residents wake up to the sound of explosions in the port city of Mariupol. 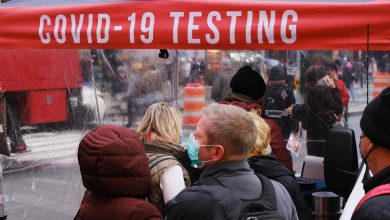 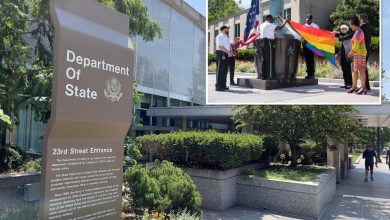 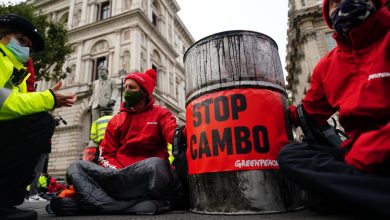 Shell ignores the Cambo oil field plan, putting the future of the project in doubt