Ketanji Brown Jackson delivered an emotional speech at a White House celebration before the Supreme Court on Friday, in which she quoted poet Maya Angelou to declare, “I am the dream and hope of the slave.”

Jackson, 51, will be the third black member of the Supreme Court – after current Justice Clarence Thomas and the late Thurgood Marshall – and his first black woman.

“The path has been cleared for me to rise to this opportunity. And in the poetic words of Dr. Maya Angelou, I do this now as I bring the gifts of my ancestors, I am the slave’s dream and hope,” Jackson said, her voice shaking with emotion on the White House lawn.

“I truly believe this is a moment for all Americans to be very proud of,” Jackson added. “We have come a long way to perfect our union. It only took my family a generation to go from segregation to the US Supreme Court.”

The judge, who will replace retired judge Stephen Breyer, said: “It’s been a bit overwhelming in a good way to recently be inundated with thousands of notes, cards and photos expressing how much this moment means to so many people .”

“The notes I have received from children are especially sweet and especially meaningful because more than anything else they speak directly to America’s hope and promise,” Jackson continued.

“It took 232 years and 115 prior appointments for a black woman to be selected for the United States Supreme Court. But we made it,” she said happily. “We made it. All of us, all of us. And our kids tell me that now more than ever, they see that anything is possible here in America.”

Jackson is a mother of two and currently serves on the US Circuit Court of Appeals for the DC Circuit.

The celebration came despite a large number of White House staffers, journalists and members of Congress testing positive for COVID-19. Many of the cases are related to the White-Tie Gridiron Club Diner that took place on April 2nd.

“I stand on the shoulders of my own role models — generations of Americans who never had an opportunity like this, but got up and went to work every day because they believed in the promise of America and showed it to others through their determination and yes , their perseverance that good things can be done in this great country,” Jackson said in her remarks.

“From my grandparents on both sides who only had an elementary education but taught my parents the importance of learning. To my parents, who grew up in segregated schools and were the first in their families to get a chance to go to college. I also always feel encouraged by the leadership of past generations who helped pave the way – Dr. Martin Luther King Jr., Judge Thurgood Marshall and my personal hero, Judge Constance Baker Motley.”

Jackson added: “You and so many others did the hard work that made this day possible. And despite all the talk about this historic nomination and now confirmation, I think they are the real trailblazers. I am just the very fortunate first heir to the dream of freedom and justice for all.”

Biden praised Jackson and criticized Republican senators for their sometimes controversial questioning of the Senate Judiciary Committee on matters such as verdicts Jackson had handed down in child pornography cases.

“I knew that the person I nominated was going to go through a painful and difficult confirmation process. But I have to tell you, what Judge Jackson went through went far beyond that – the verbal abuse, the anger, the constant interruptions, the most heinous, baseless claims and accusations. In light of that, Judge Jackson has shown the incredible character and integrity she possesses,” Biden said.

The Senate on Thursday voted 53-47 to confirm Jackson. All 50 Democrats, plus Republican Sens. Susan Collins of Maine, Lisa Murkowski of Alaska, and Mitt Romney of Utah, voted to confirm her. 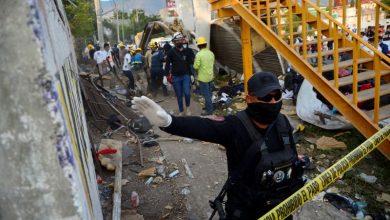 At least 53 migrants die in truck crash in Mexico 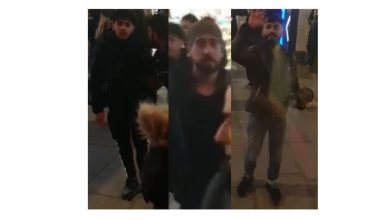 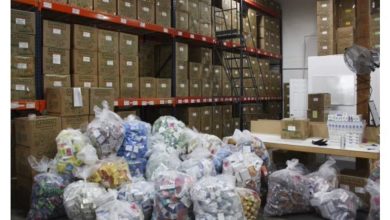 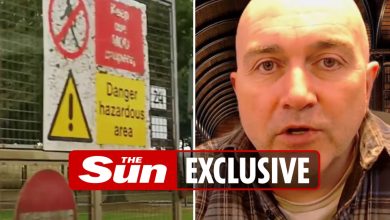