Disgraced hip-hop star Kanye West stormed off the set of an interview with podcaster Tim Pool on Monday after the host denied the rapper’s anti-Semitic remarks.

“Getting in here — I feel like it’s like a defense … I’m going to literally walk the F out of the show. If I have to sit up here and talk about it, you know, ‘You can’. I’m not saying it was Jews who did it,'” West said just before taking off his headset and stomping out of the studio, where he was in the middle of a live interview on the Timcast IRL podcast.

West, 45, who claims he is running for president in 2024, lost several lucrative business relationships and was removed from Forbes’ billionaires list after he began a series of anti-Semitic statements against Jews in October.

Former President Donald Trump was drawn into the rapper’s anti-Semitic storm last week when he hosted Western and white supremacist Nick Fuentes for dinner at his Mar-a-Lago estate.

Fuentes and far-right provocateur Milo Yiannopoulos were also interviewed by Pool Monday and left when West stormed off about 20 minutes into the podcast.

Before leaving the interview, West revealed that dinner with Trump, 76, was scheduled for October but had been pushed back to last week.

West also said it was Yiannopoulos who suggested bringing Fuentes to dinner at the former president’s residence and resort.

“I would never have wanted to do anything to hurt Trump,” West Pool said during his short stint on his show, adding that he believes former Vice President Mike Pence “sold out Trump.”

“I’m on Trump’s side. Trump said things that hurt me. He lied about me, but I mean he’s known for lying,” West said.

“I went into the trenches for Trump… There’s no one in my position who’s worn that hat,” added the former entertainment and business mogul, referencing the 45th president’s iconic red “Make America Great Again” hat .

Several high-profile Republicans have denounced Trump after his scandalous dinner.

Sen. Mitt Romney on Monday likened Trump to a “gargoyle” that could scare voters away from the Republican Party, and he called the dinner Trump hosted a “disgusting” affair.

“There is no reason to the extent that he is willing to humiliate himself and the country on this issue,” Romney (R-Utah), the 2012 Republican presidential nominee, told NBC reporter Sahil Kapur. “It was disgusting to have dinner with these people.”

Trump’s former vice president on Monday urged the former commander in chief to apologize for including West, Fuentes and Yiannopoulos.

“President Trump wrongly gave a seat at the table to a white nationalist, an anti-Semite and a Holocaust denier,” Pence told NewsNation. “I think he should apologize for that and fully denounce these individuals and their hateful rhetoric.”

However, Pence stopped calling Trump a racist or anti-Semite.

“With that in mind…I don’t think Donald Trump is an anti-Semite. I don’t think he’s a racist or a fanatic,” Pence added. “It is often forgotten that the president’s daughter converted to Judaism, his son-in-law is a devout Jew, his grandchildren are Jewish.” 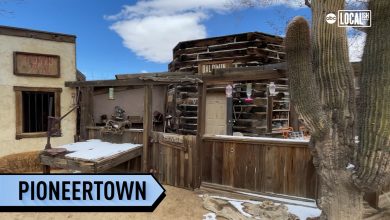 Pioneertown: Celebrating the culture of the American West for 75 years 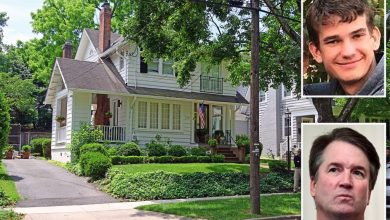 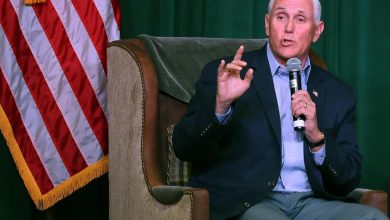