WASHINGTON — President Biden signed legislation on Friday forcing railroad unions to accept a labor contract despite workers objecting to a lack of paid sick leave — hours before he will be scheduled to meet visiting British royalty.

Biden regularly calls himself the “most unionist president” in history but urged Congress to step in on Monday, saying the US economy cannot take a railroad shutdown.

The president is set to meet with Prince William, heir to the British crown, and his wife Kate Middleton in Boston on Friday afternoon – creating an awkward visual after the president also invited billionaires and Hollywood stars to a lavish state dinner on the White House lawn on Thursday night has received.

“The legislation I am about to sign will end a difficult railroad dispute and help our nation avoid what would no doubt have been an economic disaster at a very bad time on the calendar,” Biden said before signing.

“A rail standstill would have devastated our economy. Without the railroad, many of the US industries will literally shut down,” Biden said. “My economic advisers report that as many as 765,000 Americans…would have been out of work within the first two weeks of the strike.”

“Look, I know that bill doesn’t include paid sick leave, which these railroad workers, and frankly every worker in America, deserves. But this fight is not over yet,” the President said almost apologetically.

The railroad legislation easily cleared the House and Senate this week with bipartisan support, although members from both parties also said it was wrong for Biden to overrule attempts by unions for a better deal before the Dec. 9 deadline.

Biden announced the controversial package in September in the White House rose garden after his deputies brokered it after late-night talks between railroad management and representatives from 12 unions.

But members of four of those unions later voted to reject the deal, citing a persistent lack of sick days.

Some of the roughly 115,000 railroad workers affected have blasted Biden for stifling their grievances.

“Joe Biden screwed it up,” Railroad Workers Union Treasurer Hugh Sawyer said Monday. “He had an opportunity to demonstrate his pro-labor origins to millions of workers simply by asking Congress to legislate to end the threat of a nationwide strike on more favorable terms for workers.”

Sawyer added of Biden, “Unfortunately, he couldn’t bring himself to advocate for a lousy handful of sick days. The Democrats and Republicans are both big business and corporate pawns.”

The House of Representatives approved the bill Wednesday by a vote of 290 to 137, with all but eight mostly left-wing Democrats joining 79 GOP dissenters. The Senate passed it Thursday, 80-15, against 10 Republicans, four Democrats and Socialist Senator Bernie Sanders (rev.).

The House of Representatives passed a separate bill granting union workers seven days of paid sick leave each year, but that proposal failed in the Senate because of the 60-vote threshold required for most bills.

“Why didn’t you negotiate? [paid sick days] when you helped negotiate this treaty that you now want Congress to impose?” asked NPR reporter Tamara Keith.

“I love you guys. I negotiated a contract that no one else could negotiate,” Biden shot back. “The only thing left out was whether or not it was paid leave.”

The President inflated some of the details of the pact — falsely claiming it would give workers a “43-45%” pay rise when in fact the increases would be 24%, and claiming that only “13 or 14” unions were involved were four dissidents, when in fact there were 12.

The labor deal also grants workers $5,000 in bonuses retroactive to 2020 — meaning the average worker could receive an immediate payout of $11,000.

Workers would receive one additional day of paid vacation per year, as well as unpaid time off for doctor appointments and medical procedures, while employee health insurance premiums would be capped at 15% of the total cost of the plan.

Some Republican opponents of the bill called the impasse an opportunity to recast the Republican Party as championing workers, rather than longtime pro-union Democrats like Biden.

Senator Josh Hawley (R-Mo.), who aligns with former President Donald Trump’s economic populism, said Thursday, “Today the Senate had an opportunity to speak up for railroad workers, who frequently risk their lives and health on the job, just trying to support their families. Instead, the Senate sided with Joe Biden.”

“Workers demanded a handful of sick days a year. Biden and the Senate said no. I would like to know how many White House staffers and how many members of Congress and their staff are still “working remotely”. [due to COVID-19]’ Hawley snapped.

“It was the White House and management and union bosses banding together to force through federal law workers to accept contracts they refused in negotiations. And then people in DC wonder why working Americans think the system is rigged.”

In 1992, Biden was one of only six senators to vote against establishing arbitration to end a railroad strike, which Congress is empowered to do under the Railroad Labor Act of 1926. Biden has argued in the past that such legislation unfairly undermines the union’s collective bargaining efforts. 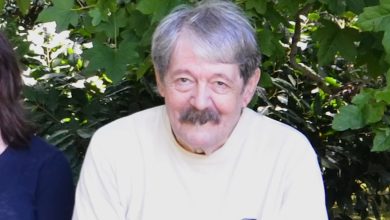 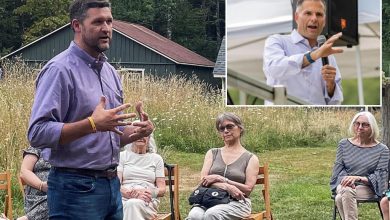 Voters head to the polls ahead of the Midterms in the NY19 special Leitwether. 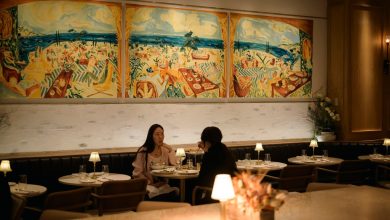 NYC restaurants are dying thanks to COVID madness 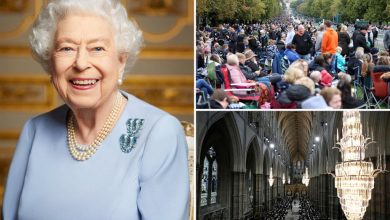 Queen Elizabeth II was buried with a lavish final farewell