Vince McMahon told a wild story on Thursday on The Pat McAfee Show that he may once have been the target of an attack.

When McMahon acquired WWE (formerly WWF and WWWF) from his father, the wrestling business was split into territories. McMahon went all out, expanding nationally, poaching top performers from across the country and then competing with promoters who had previously stayed out of each other’s businesses in their own regions.

McMahon told McAfee a story he was told by Jim Ross, who got into the business through the Territories before eventually working for McMahon as an announcer and front office manager at WWE.

McMahon said Ross once told him he was at a conference with Bill Watts – who ran the Mid-South promotion where JR rose in the business – and several other NWA territory promoters, where they wondered what they “did with this child”. ‘ the young McMahon, ‘invading’ their territory.

“I don’t know how many rivers I’m supposed to be in,” McMahon said. “Death threats are what they are. I’ve always felt that if you can knock out the President of the United States, I’m easy to get hold of. I’ve never had a bodyguard or anything like that.

“In those days, from their point of view, when you invaded their territory, it was like … there were so many people threatening me that I said to one of them, ‘If you want to take credit for that, you should You better do it. Get me quick.’”

McMahon dismissed these rival promoters as too selfish to cooperate with each other to defeat him as a threat.

He then continued his story, explaining it in such a way that Ross was in a toilet stall doing his business when four promoters entered the men’s room.

“They talked about how they were going to get rid of me,” McMahon said. “‘This guy knows this guy, I know a guy who can, this guy [carried out a hit]it was really impressive.” They all know people, so they all talk about who was trying to screw me.

“So imagine Jim Ross, he doesn’t give a damn about Vince McMahon [as he wasn’t working for WWE yet at the time]. He thinks of himself. He’s on the throne. He hears this and thinks he’s going to be an accessory to murder. He takes one foot, puts it on the seat. Takes the other, puts it on the seat so they can’t see his feet under the cabin now. And of course Mother Nature is calling at the same time.”

Ross has previously told this story himself.

Earlier in the interview, McMahon told McAfee — a “SmackDown” announcer who McMahon offered a match at WrestleMania to — that his father “never” would have sold him the business if the old man had known his son was going to blow up the region Territory monopolies.

https://nypost.com/2022/03/03/vince-mcmahon-jim-ross-overheard-rivals-discussing-putting-hit-on-me/ Jim Ross overheard rivals discussing how to attack me

Ex-Govs Cuomo and Christie have lunch together in NYC 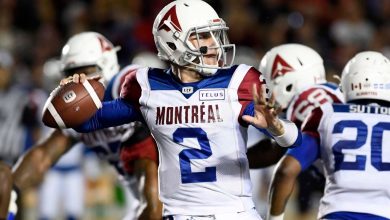 Johnny Manziel in talks about returning to fan controlled football 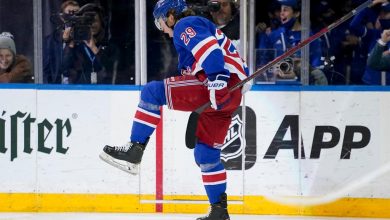 Rangers beat Capitals to set up playoff showdown with Penguins 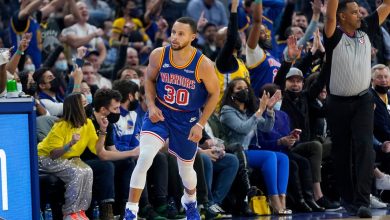 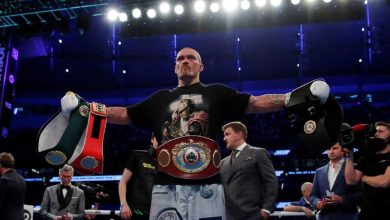