James Cameron has revealed his long-awaited Avatar sequel is rooted in his personal troubles.

“I thought, ‘I’m going to artistically flesh out a lot of the stuff that I went through as a parent of five kids,'” Cameron, 68, told the Hollywood Reporter. “The overarching idea is family is the stronghold. It is our greatest weakness and our greatest strength. I thought, ‘I can write the hell out of this. I know what it’s like to be the a–hole dad.” ”

Cameron’s wife, Suzy Amis Cameron, 60, is his fifth. The couple have three teenage daughters, and they adopted a fourth in 2020 after she became close with their girls and her parents were “increasingly unable to care for her,” according to court documents. Cameron also has a 29-year-old daughter with his ex-wife Linda Hamilton.

The ‘Titanic’ and ‘Terminator’ director hasn’t released a film since 2009, when the first ‘Avatar’ came out. This film became the highest-grossing film of all time, grossing $2.92 billion worldwide and garnering nine Academy Award nominations. The sequel cost more than $350 million to make.

Looking back on his career, which has included high-profile run-ins with studio execs, Cameron said, “A lot of things I used to do I wouldn’t do — career wise and just the risks of being a wild, testosterone-poisoned boy man. I always think of [testosterone] as a poison that you must slowly work out of your system.”

The first “Avatar” film followed Jake Sully (Sam Worthington), a paralyzed ex-Marine who falls in love with a Na’vi woman, Neytiri (Zoe Saldana), in her lush world of Pandora being colonized by humans. The sequel follows Jake and Neytiri, now a family, as they fight to protect each other when an old threat returns.

One of her teenage children, Kiri, is played by Sigourney Weaver, 73, although her scientist Grace, Grace, died in the first film. Kate Winslet has also joined the cast.

“The idea for Kiri came from ‘Well, is Grace really dead?'” Cameron explained. “I was like, ‘Wait a minute, there’s this avatar. What could I do with the idea of ​​bringing Sigourney back and playing a kid?’ It was just a fun idea. I couldn’t get it out of my head.”

Cameron has already filmed a third Avatar movie, which is expected in 2024, and has two more planned that will total more than $1 billion in production costs.

Since it’s been so long since the first film came out, Cameron said he understands audiences’ hesitation.

“There’s skepticism in the market: ‘Oh, has it ever had any real cultural impact?’ he said. “‘Can anyone even remember the names of the characters?’ … If you have exceptional success, come back within the next three years. That’s how the industry works.”

In the more than ten years between films, Cameron has explored his interests in conservation and ocean exploration.

“I started to grapple with this question, ‘Do I even want to do another movie, let alone another Avatar movie?’ ‘ Cameron said of his other pursuits. “Because I had so much fun.”

He said he drives a 2013 Kia Rio rather than a fancy Tesla because, according to Cameron, a small used car has a smaller carbon footprint than a new electric car.

The “Avatar” films also have a strong environmental bias, as the villains in the first film plunder Pandora’s natural resources.

“You can’t smack environmental messages over the head,” Cameron said. “People are scared enough. We will feed this film into a market at another time. And we may now see things that were on the horizon in 2009. Maybe it’s not entertainment anymore.”

Cameron also revealed he would be chatting with Steven Spielberg and Guillermo del Toro over Zoom during the peak of the pandemic in 2020. “I would say, ‘We could be out of work guys,'” he said. “But we’re not. I came to a fatalistic but calm place. It’s like, ‘I’ll still have a job. I can still tell stories. I will still work with actors and do scenes. Might not be on the order of one “Avatar” movie, but I mean they’re doing some pretty big stuff for streaming. ”

Avatar: The Way of Water will be released on December 16th.

https://nypost.com/2022/11/30/james-cameron-opens-up-about-clashes-over-titanic-and-avatar/ James Cameron opens up about ‘Titanic’ and ‘Avatar’ controversy 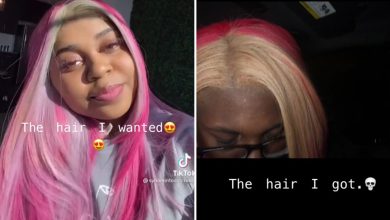 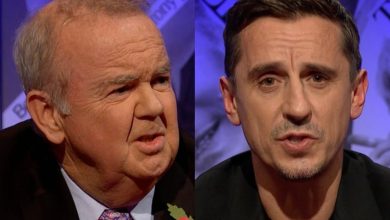 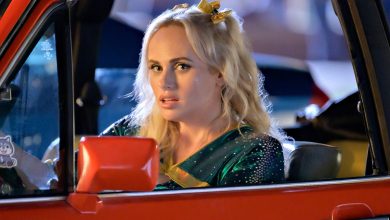 Senior Year: Viewers of Netflix’s ‘terrible’ Rebel Wilson movie are all complaining about a plot hole 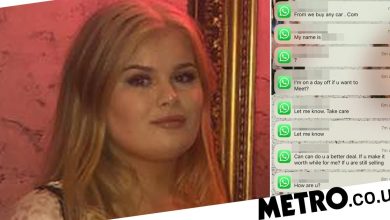