Iran has reportedly abolished its “morality police” amid ongoing protests sparked by the arrest of a woman over alleged violations of the country’s strict dress code for women.

The women-led protests have swept Iran since Mahsa Amini, a 22-year-old Iranian of Kurdish origin, died on September 16 – three days after morality police arrested her in Tehran.

“Moral police have nothing to do with the judiciary” and have been abolished, Prosecutor General Mohammad Jafar Montazeri was quoted as saying by the ISNA news agency.

His comment came at a religious conference, where he responded to a participant’s question “why the morality police are being shut down,” the report said.

There was no confirmation of the move from the Ministry of the Interior, which is responsible for the vice squad. Iranian state media said the prosecutor was not responsible for monitoring the force.

The announcement of the squad’s abolition came a day after Montazeri said “both Parliament and the judiciary are working” on whether women should continue to be required to cover their heads.

The hijab became mandatory four years after the 1979 revolution that overthrew the US-backed Shah and established the Islamic Republic of Iran.

Morale police officers initially issued warnings before beginning to crack down on and arrest women under former President Ahmadinejad.

The vice detachments usually consisted of men in green uniforms and women in black chadors, garments covering their heads and torsos. The role of units has evolved but has always been controversial even among candidates running for president.

In July this year, his successor, the ultra-conservative Ebrahim Raisi, called for the mobilization of “all state institutions to enforce the headscarf law”.

Despite this, many women continued to bow to the rules, slipping their headscarves over their shoulders or wearing tight-fitting pants, particularly in large cities and towns.

Protesters called for a three-day strike on Sunday, increasing the pressure after reports of the disbanding of the vice squad.

Hundreds of people have been killed in the unrest so far. Activist news agency HRANA said 470 protesters had been killed as of Saturday, including 64 minors. About 18,210 demonstrators were arrested and 61 members of the security forces were killed, the group said. 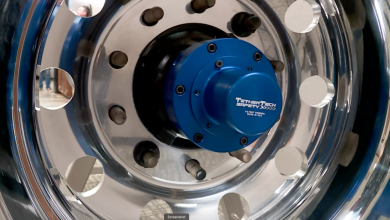 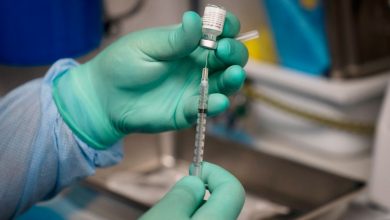 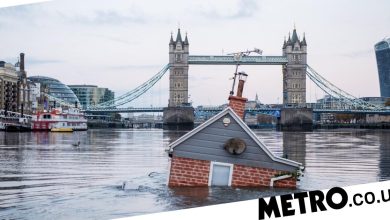 Will London really be underwater by 2050?