When Florida Gov. Ron DeSantis began his attacks against the Walt Disney Company last month — over its opposition to his so-called “Don’t Say Gay” legislation — the Disney family did what it has done for decades: Mostly stayed silent.

“In general, the whole family is very conservative and they keep to themselves,” author and Disney family historian Jim Korkis told The Post. “They have always been extremely private.”

But recently, some of the more progressive members of the clan — which is not close-knit — are rocking the boat.

“The family is not unified whatsoever,” said Korkis.

The most outspoken is Abigail Disney, 62. She is one of the granddaughters of the company’s co-founder Roy O. Disney. She has publicly railed against Florida’s Parental Rights in Education bill — which was signed into law March 28 and prohibits teachers from discussing sexual orientation with students between kindergarten and third grade.

In the past, the documentary filmmaker has slammed her family’s company for poor treatment of its amusement park workers and even labeled her great-uncle Walt Disney a misogynist, a racist and an anti-Semite.

“She is a fiery advocate, and the wildcard of the family,” said Korkis. He added that the Disney family no longer has any control over the publicly traded company — worth more than $67 billion and employing more than 220,000 people, according to its 2021 annual report — and that it’s unclear how much they own in shares.

In any case, three generations of Disney fortunes — from family trusts, foundations and stock holdings — are still tied to the brand, headquartered in Burbank, Calif.

“Some of the family members have worked regular jobs at the company, but thanks to their stock portfolios they do what they want,” Korkis said.

Most family members have tried to keep a low profile over the years: quietly working on philanthropic pursuits such as the the Disney Family Museum in San Francisco and Abigail Disney’s Daphne Foundation, which has doled out more than $600,000 to minority empowerment and anti-violence groups in New York City, according to its latest federal tax filing.

Walt Disney never wanted his family involved in the business, which was all about selling escapism and fantasy, Korkis said: “The happiest place on earth.”

When Walt took Billy Graham on a tour of Disneyland, the evangelist commented that the theme park offered “an amazing fantasy,” said Korkis. Walt replied: “This is the reality. Everyone of all ages, races, religions getting along together and being happy.”

But the recent actions by the Florida governor — who pushed Florida legislators last week to end the conglomerate’s special self-governing status, which could cost the company millions of dollars a year in fees and taxes — against the Disney brand have turned an unwelcome spotlight on the descendants of Roy and Walt Disney.

Now, Abigail’s older brother, Roy P. Disney, 65, has also lined up behind his sister to blast the Florida governor.

Earlier this month, Roy P., a California-based investor and keen sailor, publicly revealed that his stepchild, Charlee Corra, is trans. He added that he and his wife Sheri are “heartbroken” over the DeSantis legislation.

“Equality matters deeply to us, especially because our child, Charlee, is transgender and a proud member of the LGBTQ+ community,” Roy P. wrote in a statement. He pledged $500,000 to the Human Rights Campaign, the country’s largest LGBTQ advocacy group that he said he has supported for more than 20 years. He also gave $5,600 in donations to the Republican National Committee in 2020, according to public records.

Despite the effusive praise, Abigail, Roy P. and their brother Timothy and sister Susan Lord are not very close — to each other or to other members of the Disney clan, Korkis said.

The four children of company executive Roy E. Disney grew up sailing to Catalina Island on weekends with their parents and spending a great deal of their free time with their father while he worked at Disney’s Burbank studios.

Disney family members, including Walt’s 10 grandchildren from his daughters Diane and Sharon, would assemble for special events at the Disneyland amusement park in Anaheim, Calif., but the two branches of the family didn’t have much to do with each other growing up, said Korkis.

“I have two sisters and a brother,” Roy P. told an interviewer in 2010. “We are each a year apart and I am the oldest. We did everything together. We shared rooms early on. We all went to the same school. We had a pretty big backyard and every afternoon after school we played for hours in it … My brothers and sisters aren’t so close anymore as we all have our own families now and pretty much lead our own lives.”

But it wasn’t always that way.

In 1923, the Walt Disney Company was founded as Disney Brothers Cartoon Studios in Los Angeles by Walt Disney and his older brother Roy O. Disney. The two were close from birth, even as their family was torn apart by a legendary feud in 1907.

The rift occurred after their father, Elias, a draconian farmer, asked his older sons, Ray and Herbert, what they would do with a surplus of cash that the family had earned from a grain harvest at their Missouri farm. When one of them said he would buy a pocket watch, “Elias erupted at the indulgence,” writes Neal Gabler in his 2007 book, “Walt Disney: The Triumph of the American Imagination.” After Elias insisted upon using the cash to pay back his debt on the farm, Herbert and Ray took their share of the cash and hopped a train to Chicago.

“The wound of their departure was so deep that nearly one hundred years later, family members were still reluctant to discuss the incident,” Gabler writes.

As the company grew and the two younger brothers became wealthy, they backed a host of Republican politicians — although Walt remained coy about throwing the company’s political weight around.

“A long time ago I found out that I knew nothing whatsoever about the game of politics and since then I’ve preferred to keep silent about the entire matter rather than see my name attached to any statement that was not my own,” Walt is quoted in Gabler’s book as saying.

Still, he and Roy O., eight years his senior, quietly supported Republican senator and former Hollywood actor George Murphy and US Sen. Barry Goldwater, as well as former US President Ronald Reagan in his successful bid for California governor in 1966, among other Republicans. Walt died in 1966 and Roy in 1971.

“The brothers were very conservative, but also liberal in many aspects,” said Korkis, adding that Walt was very interested in environmental issues and regularly promoted women. In the late 1950s, Walt hired Floyd Norman, the first African American animator at Disney’s studios, who worked on “Sleeping Beauty” and “Jungle Book.”

Although the brothers were deeply conservative, they were always careful to publicly support both Democrats and Republicans — a strategy that continued as the company grew to a massive global concern that today owns ESPN, ABC, 21st Century Fox and Marvel Studios, among other streaming, music and theater divisions. The strategy helped ensure that Disney received special self-governing status in Florida, allowing them to build roads, levy taxes and control utilities on land where they built their 25,000 acre Walt Disney World amusement park outside Orlando.

“Mickey Mouse is not a Republican or a Democrat,” said Joe Shapiro, who headed up Disney’s political lobbying, in an interview with CNN in 1998. “If you take a strong position either way, you are looking at offending roughly half of the people.”

In the last election cycle, the Walt Disney Company doled out more than $20 million to politicians, with the bulk of its largesse — $10,500,000 — going to America First Action, a super PAC tied to former President Donald Trump, according to Open Secrets, a non-profit that traces money in politics. The company gave $1,245,868 to Joe Biden in the same year, records show.

“It’s quite a slap in the face that the Republicans have declared war on Disney,” said Korkis.

Roy E. Disney, the son of Roy O. and father of Abigail and her siblings, was the last Disney family member to occupy an executive role at the company, Korkis said. In 2006, three years before his death, he had a net worth of more than $1.2 billion, according to Forbes.

Sharon Lund, Walt’s adopted daughter, had also occupied a seat on the company’s board before her death from breast cancer in 1993. The trusts she left to her three children, Bradford, Michelle and Victoria Lund, were worth more than $400 million — and sparked one of the most bitter public rows in the family’s history.

Under the terms of her will, the children were to receive regular distributions, at the ages of 35, 40 and 45, from the combined trusts, according to the Hollywood Reporter. Each payment was estimated at between $20 million and $30 million.

But there was a caveat that trustees could withhold distributions in the event that the children did not demonstrate “maturity and financial ability to manage and utilize such funds in a prudent and responsible manner,” according to court papers

That caveat has resulted in a protracted battles in Los Angeles County Superior Court, with Bradford Lund, now 51 and living in Arizona, claiming that he has yet to receive his part of what now amounts to a $200 million inheritance, because the trustees have claimed he is mentally incompetent, court papers say.

“Do I want to give $200 million, effectively, to someone who may suffer, on some level, from Down syndrome? The answer is no,” said Judge David Cowan, according to court papers. Lund has denied having the condition and claimed that a DNA test produced in a previous court hearing proves it. He also said he is capable of managing his finances.

“For over a decade, Bradford Lund — the grandson of Walt Disney — has languished in perhaps the Unhappiest Place on Earth: probate court. Embroiled in a long-running dispute with family members and trustees, Lund has yet to claim a fortune estimated to be worth $200 million,” according to court papers.

Last year, Lund lost an appeal in his battle with Cowan. Lund claimed that Cowan had violated his due process rights when he rejected a settlement that Lund’s family and trustees had reached, and that Cowan appointed a guardian without a hearing even after a judge in Arizona had found that Lund was “not incapacitated.” Lund later amended his complaint to include a claim under the Americans with Disabilities Act over Cowan’s comments in a 2019 settlement hearing.

Lund is also fighting to hold on to the 110-acre family ranch in Wyoming and has offered to buy out his sister’s share of the property. When asked last year by a local news reporter what he would do with the property, Lund replied that he would like to go fishing, snowmobiling and horseback riding.

“Pretty much just keep the legacy going on within the family,” he said.

https://nypost.com/2022/04/29/inside-the-disney-familys-not-unified-front-amid-dont-say-gay-outrage/ Inside the Disney family’s ‘not unified’ front amid ‘Don’t Say Gay’ outrage 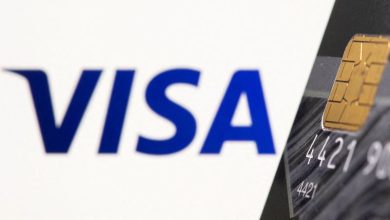 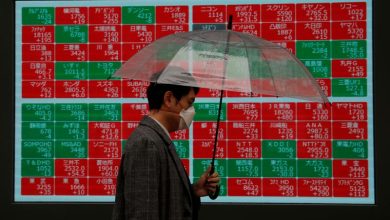 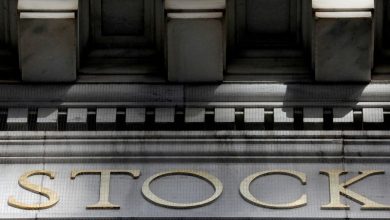 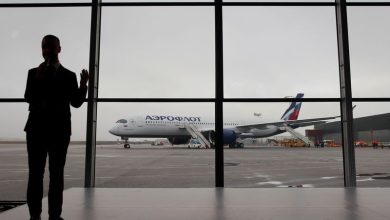