Before the foodie revolution afflicted New York’s dining scene, you could judge a restaurant by the caliber of its patrons, not its chef. Mortimer’s on the Upper East Side had the best people.

A new coffee table book, “Mortimer’s: Moments in Time” by documentary filmmaker Robin Baker Leacock, restaurateur Robert Caravaggi and photographer Mary Hilliard (available March 22 on Amazon) looks back at an era when socialites, celebs and the city’s most powerful people mixed over cigarette smoke, bull shots and vodka on the rocks.

One of New York’s best-remembered bygone boîtes, Mortimer’s opened in March 1976 at 75th and Lex in a utilitarian space that fast became the de rigueur dining dive of the nascent Studio 54 set — including C.Z. Guest, Farrah Fawcett and Iman. After the days of disco, its notoriously censorious and door-conscious owner Glenn Bernbaum continued to run the restaurant’s 19 tables like a social club for gossip columnists and their prey — until his death in 1998 ended the party.

“It was a saloon where everybody was dressed up,” Caravaggi, the restaurant’s longtime maître d’, told The Post. In 1999, he opened Mortimer’s Upper East Side successor Swifty’s, named after Bernbaum’s beloved pug. It now operates in Palm Beach, Fla., with a menu inspired by the original restaurant. “Every night we had Frank Owens on the piano starting at 11:30 and we would continue till 2 a.m. It was a party place where people also had something to eat.”

Caravaggi says that he was inspired to create a book after sharing a box of Bernbaum’s papers with Baker Leacock. It included original menus (lunch: chicken hash, $3.95; hamburger, $1.90) and letters from the likes of Calvin Klein, Dominick Dunne, Henry Kissinger, Barbara Walters, Irving Lazar and Oscar de la Renta.

“Mortimer’s was from a period in New York that is now, alas, gone: the period of ‘the hangouts,’” said Mortimer’s veteran and writer Anthony Haden-Guest of the old gathering spots such as Gino’s and Elaine’s where the glitterati cliqued. “It attracted Eurotrash like myself but also plenty of Americans and it was a great mixing place.”

What Haden-Guest and the other contributors to the book — which include writer Christina Oxenberg, Guggenheim Museum director Richard Armstrong and the late fashion icon Andre Leon Talley — remember first and foremost is the sense of “being there” in “the room” with “the people.”

“I remember going there for lunches and seeing [former Vogue Editor-in-Chief] Diana Vreeland at the table in the corner and seeing Anthony Quinn at another,” said Baker Leacock, who frequented the restaurant in its early days, ordering either the meatloaf or the chicken paillard. “It was a very high-energy place. It was like a constant celebration. There was a feeling of joy and being carefree that doesn’t exist now in social life.”

But for un-bolded names it could be a tough table (the restaurant never took reservations, officially).

“Glenn certainly made me feel like an outsider that first time I went with my mother,” Michael Gross, who contributed to the book, recalled. “He left us standing in the doorway so long it was clear that no one was going to come over and seat us.”

In the book, Averell Fisk (the grandson of the late William Averell Harriman, a railway heir and one-time governor of New York) recalls riding his motorcycle to the restaurant following his 40th birthday party to pay the bill. Bernbaum threw him out for wearing a leather jacket.

“He told me I was dressed inappropriately,” writes Fisk. “He never saw the check I had for him in my hand. Sorry Glenn!”

Gate-crashers hoping to take in a slice of life among the jetset, or spy Liz Taylor in line for the lady’s room were bounced from private parties, Caravaggi says, and sometimes the 2 a.m. crowd got a little spirited. But patron and book contributor Richard Iselin Mortimer (no relation to Glenn) had a get out of jail free card. One night in 1983, he stumbled into the restaurant, healthily pickled and found the place completely empty. So he decided to sit at the bar for a lark. When the police showed up — the door had been left unlocked and he had tripped the burglar alarm — he just flashed his ID. The cops saw the name Mortimer and he was sent on his way sans handcuffs.

Not everyone got away with their crimes, however. When one of the Greek staffers found out Glenn had written him into his not unsubstantial will, he hatched a murder plot. “It was diobalical,” Caravaggi said. “He hired a hitman, I don’t know if it was the FBI or what but they arrested him the day it was supposed to happen.”

By the 1990s, Mortimer’s was so synonymous with the lifestyle of the rich and rapacious that Haden-Guest hosted Bruce Willis there as research for his role in the film adaptation of Tom Wolfe’s “The Bonfire of the Vanities.”

Today, Haden-Guest and many of the book’s other contributors, lament the death of the nonchalant camaraderie that restaurants like Mortimer’s inspired.

“It’s not just New York. I think that nationwide, the social glue has dissolved,” he said. “People have disconnected. ‘Good morning’ is seldom heard. People look a little shocked if you say it. It’s not just people looking at their screens, it’s a complex question.”

But while Mortimer’s may have been the right place at the right time – Gross insists that society hot spots endure in covert pockets of uptown Manhattan.

“That [original] group has gone extinct,” Gross said. “It’s a different club now. It’s less WASP-y and more Jewish. But so is the Upper East Side. There are still club restaurants full of swells. But when you find one, the last thing you do is tell a reporter at The New York Post about it.”

https://nypost.com/2022/03/02/inside-mortimers-nycs-most-exclusive-celeb-and-society-club/ Inside Mortimer’s, NYC’s most exclusive celeb and society club

I have a family of 10 - everyone used to scramble for the washing machine until I created a cheap, scam-proof solution 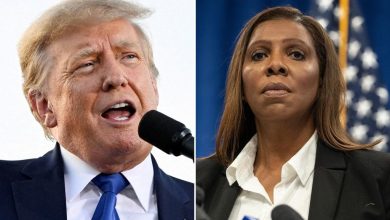 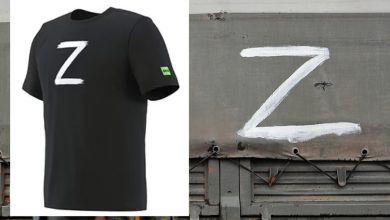 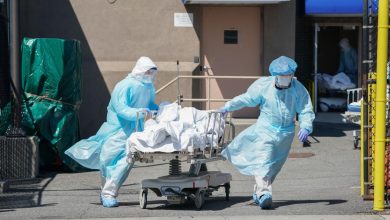 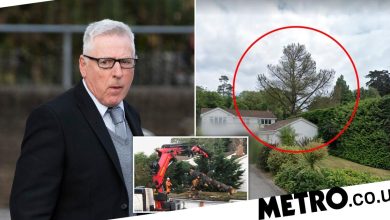