In the foothills of southern Italy, an evil new mafia gang is wreaking havoc on the locals by executing enemies in broad daylight and bombing businesses.

Behind the welcoming beauty of the villages of Foggia, Apulia, lies a dark and sinister web of bandits, who kill their victims with a sawed-off shotgun shot in the face.

Born from the bloody Neapolitan La Nuova Camorra gang, the Gargano clan is unleashing a wave of brutal violence at a rate not seen in Italy in decades.

The gang – one of four major mafias operating in the once slumbering countryside – is famous for its “Rite of Death” which involves blowing away the victim’s face at close range with a shotgun. butchered.

Violence has increased in recent years as clans battle each other over part of the multi-billion pound a year drug trade in Foggia, which has seen drugs shipped to the port of Gargano and then dispersed throughout Western Europe.

Italian prosecutor Giuseppe Gatti, who is leading the charge of sending the despicable thugs behind bars, told The Sun Online: “They wanted to show hatred that went far beyond the idea of ​​murder.

“Ritual murder can be thought of as an attempt to physically remove someone.

“But here, they’re not simply trying to get rid of someone; they’re actually trying to destroy any memory of this person.

“Shooting someone in the face destroys their memory and doesn’t give their loved one a chance to see their face one last time. This is an extremely barbaric act.”

Federica Bianchi, who runs the local chapter Libera, an anti-Mafia organization, said the Gargano group was “one of the most cruel” and forced locals to follow a code of silence, known as l’ Omerta.

She said her organization constantly faces harassment from locals who want them to go.

“When he tried to tell the locals that they had a problem with the mafia … we were often told that we were too focused on the mafia, as if we wanted to pick them out on purpose.

“There were even times when we were told we were tarnishing Foggia’s reputation, scaring tourists and scaring business owners.

And it’s hard to see why – the Gargano clan and the groups that make up the Foggian Society (La Società Foggiana) – run in part by Rocco “The Pig” Moretti, Vincenzo “Capantica” Pellegrino and Vito Bruno “The Hare” Lanza – is one of the deadliest places in Italy.

The men ran the notorious Moretti-Pellegrino-Lanza cell, which extorted hundreds of businesses and was one of many clans brought to life by godfather Raffaele “Prince” Cutolo.

Pellegrino is credited with participating in the brutal murder of anti-Mafia campaigner and philanthropist Giovanni Panunzio, who was shot down while celebrating their wedding anniversary.

On the other hand, Moretti led the revival of the Foggian Order as he strengthened ties between the clans.

Lanza, who is known for bribing witnesses with prostitutes, is now behind bars for 14 years.

Activated cheerful thugs have killed 300 people over four decades, according to Timeand committed murder every week, robbery once a day from 2017 to 2018, according to Guardians.

In the port town of Gargano alone, 80% of murders go unsolved and mafia bosses are believed to have killed 360 people since the 1970s, the publication reported.

And then there’s the Cerignola family, whose boss Vincenzo “The Professor” La Piccirella was jailed for drug trafficking in 2013, known for their ruthless car break-ins and cocaine smuggling operations.

“They don’t want anything left of that person,” Federica told us.

“It is a strong signal that they will not leave any dignity to the dead… The Gargano family is using an unprecedented form of violence.”

Ruthless thugs are also known for hiding the bodies of their victims in a style of execution known as “Lupara Bianca”.

A WORD ABOUT THE HEART

Years of service in Italy’s anti-mafia agency, DNA have shown him heartbreaking stories of fear and loss among locals.

But it wasn’t until Mr. Gatti interviewed an extorted business owner that he began to understand the main draw of the gangs.

Mr Gatti told The Sun Online that the victim had agreed to confess to being blackmailed after hours of questioning, which the Italian prosecutor said would make the man feel “liberated”.

But those feelings quickly turned to despair when the man “started crying and filled with terror”.

“I asked him: ‘What’s wrong, are you still afraid of the mafia?’ And he said to me: ‘No, doctor, I’m not afraid of them anymore’ and then he told me something that has remained with me ever since, he said: ‘My problem is, sir. Doctor, when tomorrow comes and I come back. come to my village everyone will know what I did here with you today and then no one will come to my bar for coffee. For me, my business is dead. “

“And that’s when I understood the power of this gang,” Mr. Gatti told us.

“Their power does not lie within the mafia, but outside. Their power lies with us – good people cannot approach the community for help, to become one, but instead as one. alone alone.

“Forcing people into solitude is the real power of the mafia.”

Mr. Gatti said that educating people about how the mafia works and working with organizations to combat them is the only way to stamp out their influence.

In 2011, police discovered a makeshift graveyard deep in Gargano’s cave filled with victims of “Lupara Bianca” who had been dumped there “in plastic bags like garbage,” Mr. Gatti said.

“They created an atmosphere of fear, of terror and this brought about a complete Omerta – a rule of silence. It’s absolute and because this extortion happens ‘under the rug’, explains Mr Gatti, a judge on Italy’s anti-mafia directorate, DNA.

According to Mr. Gatti, when gangs are not busy extorting money from nearly 90% of business owners in Foggian, they are transporting drugs through its territories or fighting other clans in bloody gunfights.

In January alone, the Italian Interior Ministry set up a task force to address the increased violence against local business owners after two other bombs exploded in front of a hair salon, local media reported. Phuong said.

That brings the total number of bombings in Foggia since the beginning of 2022 to six, according to Ansa.

At one point, the cash-strapped gang even charged funeral homes £45 (€50) for a coffin to bury their dead, Guardians report in 2020.

Like the Gargano clan, it is the Foggian Guild’s penchant for violence and its flexible structure that sets it apart from others.

Mr. Gatti said the group skipped the initiation ceremonies that previously included pouring blood over a hot candle while taking oaths to their “family” and Catholic saints.

Instead, the merciless suit operates in “battlefields,” or cells, and ties together to trade drugs and, as Mr. Gatti points out, as real-life merchandise.

He told us: “Don’t think of this mafia as primitive, brutal, violent, closed and confined to some patchwork of areas in Foggia.

“No, this is a mafia that used its ‘military’ power to allow them to generate more cash that today allows them to participate in the legitimate economy.

“And once the mafia gets into the legitimate economy, they go into this gray area.”

He said the members were part of a “backward society” where “bloody violence, harassment, selling of country, domination and submission” go hand in hand with a “lust for money and power, where ‘Omerta is king and the rule of all thoughts and actions.”

“They live their lives through alternative rules that are different from those of a free, democratic society.”

He said the gangs have started selling tomatoes and other agricultural commodities cheaply as a means of laundering their money, leaving legitimate companies bankrupt.

“It is an organization that is ever-changing, evolving, and constantly updating and improving its illicit networks.

“When the military wing of the mafia merged with the business wing, they built a much stronger and more efficient organization.

“At the end of the day, all the mafia wants is to gain power and make money.” 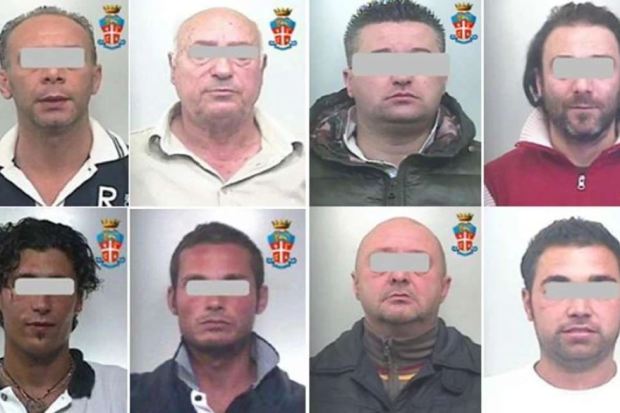 At the time, Cutolo ran the infamous La Nuova Camorra Organizzata (New Camorra Organization) and was looking to expand his criminal empire into neighboring Apulia.

Since then, the gang has grown into four competing subgroups (House of Gargano, House of San Severo and House of Cerignola, and the Foggian Association), all vying for a part of the drug business. billion pounds worth of the region.

The clans have become so powerful that Italy’s anti-mafia directorate, the DNA, was forced to declare a “national emergency” in Apulia and set up a task force after a series of bombings and executions the middle of the day rocked the area.

At one point, gangs carried out one bombing a week and one robbery a day and shamelessly charged funeral homes £45 a casket to bury their dead.

On August 9, 2017, two innocent farmers were killed when hit by a rival mafia boss.

Known as the Marco San Lamis Massacre, the men were shot down after witnessing mafia boss Mario Luciano Romito and his brother-in-law being killed outside their property and shot in the back while they run away.

In 2020, the Foggian Association detonated a bomb outside the home of a key witness and shot and killed a 50-year-old man in his car. Guardians.

Violence flares up again in 2021 when five people, including a British couple and their child, shot down in celebration of Euro 2020.

And in early January 2022, two bombs exploded outside a hair salon and a local fireworks store, bringing the total number of bombings since the start of the year to six.

https://www.thesun.co.uk/news/17511652/inside-notorious-italian-mafia-societa-foggiana/ Inside Italy’s most brutal mafia clan, ‘Rite of Death’ executioners execute their enemies with a shotgun that shoots them straight in the face 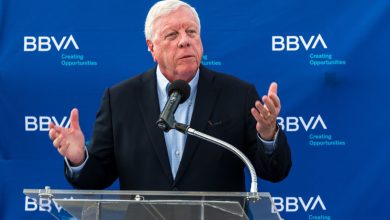 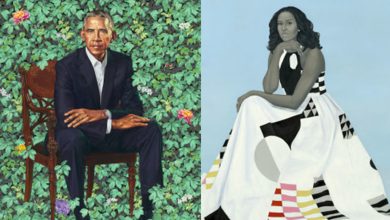 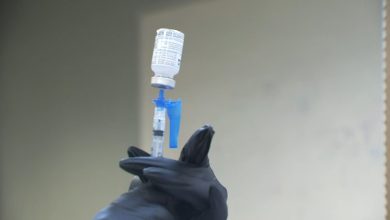 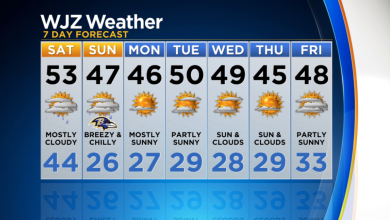