Ashley Tisdale has a wonderful fashion sense, but so does her home in Los Angeles. The actress and singer shared a glimpse inside the home where she lives with her husband Christopher French and their daughter Jupiter. Tisdale had a clear vision for the home, but none of it is without meaning.

Ashley Tisdale is used to working on a house from scratch

Tisdale gave Architectural Digest a peek inside her Los Angeles home. However, the video begins with the actress and singer explaining how she helped work on all of her previous homes, including the one her father built from the ground up.

However, Tisdale decided that her current home should be move-in ready. As a result, it was the first time that she only dealt with designing and furnishing.

Tisdale showed AD her living room, which consists of three different rooms. She designed the space around Mario Bellini’s 1971 sofa, but had some difficulty getting the flow between the spaces to work. The main room has a gorgeous table, but the other rooms include a relaxation area where Tisdale takes a nap and a bookshelf area. However, they had only just bought “about 400 books” to fill it, and were focused on mixing fun, quirky colors and shapes with their usual “neutral” style.

Next, Tisdale goes into the dining room, where she’s designed everything around a spherical chandelier. She added a custom table and chairs to complement the house being surrounded by trees. In addition, she has a dresser that gives her extra storage space to really enjoy her candle obsession, which has really increased over the course of the pandemic.

Tisdale featured a “minimalist” eat-in kitchen. They’re not great cooks and there’s not much of a proper pantry around. So they got creative in finding ways to create storage space. Despite this, Tisdale rose to fame among her friends as a kitchen designer when they enlisted her help with their own renovations.

In the TV room, Tisdale spends a lot of time with French and Jupiter. A Jaw Poster hangs on the wall where she designed the room based on the sofa. They needed a durable piece of furniture for their daughter. Tisdale admitted to using “quirky” shapes for lighting and furniture. She also hung a photo of her dog Maui, who died a few years ago, on the wall.

The couple painted Jupiter’s room green and added the best non-toxic crib on the market, along with a chair for Tisdale to rock her to sleep in and a very sturdy swing set that her father installed.

Tisdale and French’s bedroom is a beautiful spot in the house. They were inspired by various interior designers and brought beautiful wooden bedside tables. However, Tisdale did not expect the price to be so high due to the euro-to-dollar talk.

Tisdale spends a lot of time in her bathroom enjoying a nice soak in the bathtub with some rose wine and Netflix on the bathroom TV. Also, her home office is simple but outfitted with beautiful moon artwork and a museum lamp by Noguchi. She hilariously made her husband reserve while she had a colonoscopy.

Finally, the Tisdale Home Movie Entertainment Room is the “coziest room” in the house with a pull-down projector screen. She admitted that Jurassic world is her absolute favorite rainy day film.

The outdoors is just as important to her as the indoors

Next, Tisdale brings AD to the outside of her home. She explained that there wasn’t much to do in this room because the pool was so big. They don’t use the pool very often, but they do use it some days in the summer.

However, she decorated the trees with heart fittings from her favorite spot in Cabo. Also, there is a sauna that came with the trait she wanted to use after Jupiter was born.

Tisdale hired a landscape architect to help her envision the outside of her home. She wanted a zen space that aligns with the gardens, so she added a fountain to the area. 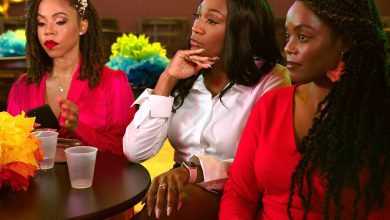 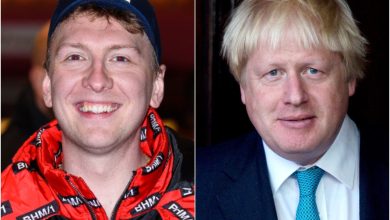 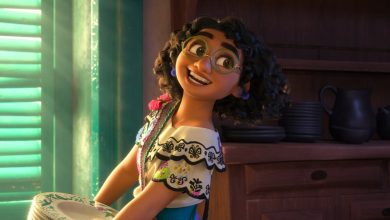 Encanto: Fan Theory offers an explanation for one of Disney animation’s lingering questions