And let’s not even start with the cucumber statue in Tomball.

Now a new statue in Houston’s Third Ward near Blodgett and Crawford is stopping to learn more.

“I didn’t know if it was a real person or not,” said Kimberley Shockley, who lives across the street. “I would stare out my living room window and it always seemed like it was watching me. I was paranoid so I hid.”

The statue appeared on March 2nd and made its grand entrance sometime in the dark of night.

Those who live nearby say there was another statue with a toilet in the same place months ago. That’s gone now.

“I don’t even know how they could have put it up without anyone seeing it,” said neighbor Larry Duncan. “Look, this is mysterious.”

Wearing a police uniform with a face mask, this statue stands on a hoop surrounded by flowers.

“First it was a female mannequin,” Shockley said. “The head was taken off once and now it’s been replaced, the wig has been removed.”

“It represents more than just a mannequin. It represents someone’s soul. I make the sign of the cross every time I walk by,” said Patrick Vansin, who lives nearby. “I’m from the country. I’m from Louisiana and I just give that my respect.”

But what does it mean? Who put it up? Nobody seems to know.

“Like simultaneously a threat or a comment on threatening police activity or gentrification, but also like peace. It’s kind of weird to see surprising,” explained Paige Quinoñes, who said she warns her friends before they visit.

“For me it’s a combination of ‘let’s take back our streets’ and making people think twice about speeding through a school district,” said Ed Pettit, who drives by often. “It looks to me like a cop with a speedgun.”

“It was a bit crazy because when I first saw it, it was in the dark. So you’re wondering what’s going on there? It doesn’t mean anything to me, but I like the fact that it’s developing. “Street art that hasn’t been removed from the city,” said Charles Irvine, who stops by every day.

Perhaps Duncan put it best: “The only thing I can tell you and I think we agree. 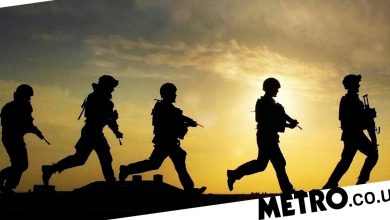 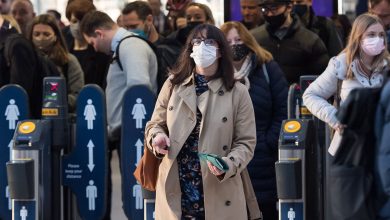 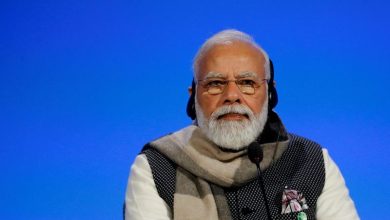