Matt Hancock has admitted he knew he was joining I’m a Celebrity, Get Me Out of Here! would be “controversial”.

The former Health Secretary, 44, whose stay in the Australian jungle drew criticism from Prime Ministers and MPs across the political spectrum, entered the reality TV competition as a late contestant earlier this month.

Hancock received 21.7 percent of the initial public vote and said during the post-series coming out show on Thursday (December 1) that “millions of people” ultimately voted for him.

The special reunion episode will see Hancock reunited with his partner Gina Coladangelo and attend a wrap party for the show.

Hancock resigned as health secretary in June last year after he was caught breaking coronavirus social distancing rules by having an affair in his ministerial office with Coladangelo, his assistant at the time.

As he drove to the production facility, he asked her, “Of course I’m curious how it went, was I authentically me?”

Coladangelo said that “it took you a few days to relax,” and Hancock replied: “When I was grilled in the early days, I felt like people would ask me on behalf of the British public.

“I knew going in would be controversial, but I also know millions of people voted for me,” he added.

Hancock also broke into an Ed Sheeran song, much to her embarrassment.

Coladangelo also said in the episode, “I think it’s fair to say that Matt underestimated the magnitude of the reaction he got when he got into the jungle.

“It’s made of hard wood, this summer we hiked around Mont Blanc together in four days. My final words to him were just be yourself, be the Matt I know and it’s going to be really good.”

After reuniting with friends and family at a hotel outside of camp, Coladangelo introduces himself to Boy George, who had an ambivalent relationship with Hancock on the series.

The Culture Club frontman tells her, “It’s all cool love, we hit it off in the end.”

The special will also show the moments after each participant is eliminated from camp and reunited with friends and family.

When former England rugby player Mike Tindall left, he was greeted by his wife Zara, the Queen’s granddaughter.

“It’s been a long couple of weeks, the kids have missed him so it’ll be nice to get him out,” she said.

Co-hosts Ant McPartlin and Declan Donnelly asked if his budgie smuggler swim shorts were a “regular occurrence” in their personal lives, to which they confirmed, which made them laugh.

They were greeted with a bucket of beer by radio DJ Chris Moyles, who told Zara he was “taking care of him in there,” and she replied, “Did you enjoy his spooning and his hugs?”

I’m a Celebrity: The Coming Out Show airs Thursday 1 December at 9.15pm on ITV. 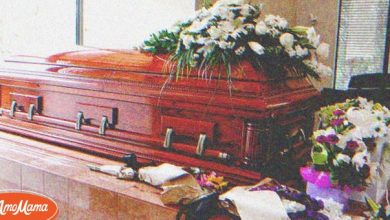 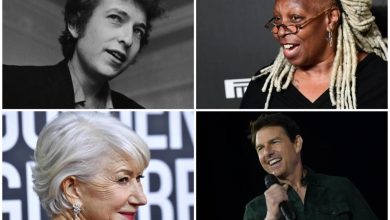 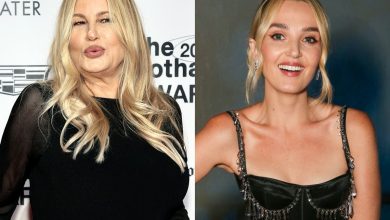 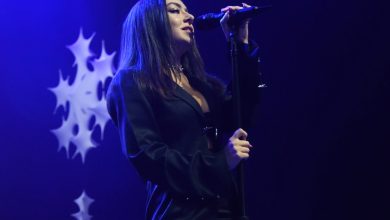