LEFT abandoned as a child in a cold parking lot – Paul Fronczak couldn’t have had a more heartbreaking start to life.

But that’s only the first chapter in his incredible story involving a kidnapping plot, the Chicago mafia, raised by “wrong” parents, finds his real family and now looking for her missing twin sister.

Police found baby Paul abandoned in a New Jersey parking lot in 1965 – and returned it to overjoyed parents Dora and Chester.

Dora and Chester had seen their newborn baby kidnapped a year earlier by a woman posing as a nurse from Michael Reese Hospital in Chicago.

It is suspected that the robbery plot may have involved the mob.

The case drew national attention – and Dora and Chester were overjoyed when Paul seemed to be returned to them.

But in reality – the baby they thought was Paul, was actually someone else named Jack Rosenthal.

And it took Paul until 2015 to discover his true identity in a revelation that shook him and his family to the core.

The 57-year-old watched his life turn upside down because it turned out the doting parents who raised him were not his biological father and mother.

And since then Jack – who is still with Paul – has been trying to find his true self.

In the 1960s, the facial similarities to the lost baby were enough for Jack to be assigned to the Fronczaks.

At the time, desperate mom and dad were told that the toddler’s ears were shaped like baby Paul’s ears.

And that’s just based on a photo they have of him, taken on his birthday before he was brutally robbed.

The couple and their teenage son knew nothing until 50 years later, they discovered a horrifying union thanks to a DNA test.

Paul took the test because he always had an inkblot that he didn’t quite fit.

And through the help of genetic genealogist, CeCe Moore, Paul found out he really was Jack.

He later discovers that he has four siblings including a twin sister named Jill, who is still missing to this day.

Now, the final piece of the puzzle is figuring out what really happened to Jill.

He even had a computer made to simulate his sister as he appealed to anyone who might have information about her life or hers.

“I won’t leave any stones. I really think we’ll find Jill, I think she’s alive,” he told The Sun Online.

I can’t give up because eventually, someone who knows something will talk.

Paul discovers that he and his twin have both gone missing after they were abandoned by their parents Gilbert and Marie, both deceased.

The father of a man who discovered several dark secrets including the first year of his life he lived in an abusive home with a disturbed veteran father and an addicted mother. alcohol.

A cousin shared horrifying memories of seeing babies sitting “in cages”while other family members say the twins cry all the time.

After initially fearing she was dead, Paul now believes his twin sister Jill is alive and he sets out to find her.

He has worked with a number of different organizations and has filed a missing person case with the New Jersey Police.

Paul says he was ready for anything to find his sister and has even tried hypnotherapy, remote viewing, and speaking with psychics and mediums.

He told The Sun Online: “There was a recent incident that made me think our parents abandoned both of us because they were scared.

“I talk to all sorts of different people and they all have the same vision.”

During the search, Paul met several blood relatives and said that “everyone remembers the twins, Jack and Jill” but not many were willing to talk about them.

Paul says he believes someone in the family must know something about what happened to Jill.

He told The Sun Online: “I just couldn’t give up because eventually, someone who knew something was going to talk.

“I think it will bring bad things because there is not much good in that family.

“But I still feel like the people who don’t talk are the ones who know something.

“I still feel like you can’t make two kids disappear from a family and no one remembers something.

“After my sister and I went missing, my parents became reclusive, no one ever saw them again – no one spoke to them.

“I know we’re getting close to this.”

Paul discovered the truth about the kidnapping when he was 10 years old after he stumbled across a box of papers about the case.

His parents explain that he was kidnapped as a child but he was found eventually.

But growing up, Paul said he always felt he was different from the rest of the family and after a DNA test in 2012, he confirmed he was not the biological child of the Fronzcaks.

His search has put a strain on his relationship with his parents, who have spent years not talking to him.

The following year the FBI reopened the case and six years later they found the “original” Paul – who had been renamed, Kevin Baty.

Paul actually didn’t manage to meet Paul initially but he did arrange for his mother to speak to him on the phone.

In his upcoming book titled True Identity Paul sheds light on the story of “who really kidnapped Paul and the reasons behind him and how Kevin actually ended up with Lorraine, the woman who raised him.”

“We were led to believe that the Chicago crowd was involved,” he said.

He also shares the “consequences of what happens when you open this Pandora’s box” as well as his research on finding Jill.

Paul, who received hundreds of messages on Blog from people with similar experiences, he says he wants to inspire as much as possible in finding out their true identities and says that “only the truth makes you happy.”

He added: “It’s not just about Jill and finding the real Paul – it’s about helping others who are lost.

“Before I knew who I was, I was always empty inside and nothing I did made me happy.

“And that is because we all have a desire in life to find out who we really are, our true identities. And if you don’t know that nothing can feel that void.

“I started this whole thing because I wanted to find the father and mother of my kidnapped child.

“Because they gave me the greatest gift that is life and I want to repay them for this terrible tragedy that happened to them and just got swept under the rug.

“I always knew in my heart that Paul was still alive and I was going to find him and we did.

https://www.thesun.co.uk/news/17543627/abandoned-baby-raised-by-wrong-family/ I was abandoned as a child but was raised by the SAI family for 50 years 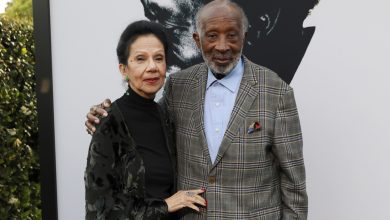 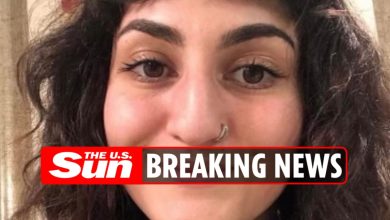 Kerina Blue missing update – Body of hiker, 26, who went missing on the Green Valley Trail has been found after a huge helicopter and K9 search 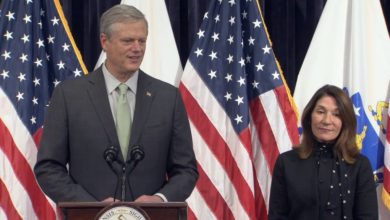 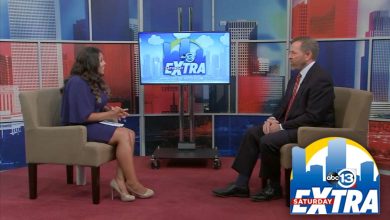