Amber Heard admitted she still “absolutely” loves her ex-husband Johnny Depp – despite accusing the actor of shocking abuse and admitting it brought her “total global humiliation”.

“Yes. Yes. Absolutely. I love him,” Heard, 36, said in her first interview with NBC News after being ordered to pay her Hollywood superstar $10.4 million for defamation.

“I loved him with all my heart. And I’ve tried my best to make a deeply broken relationship work,” she said of their “ugly” and “very toxic” marriage.

“And I couldn’t,” she told Savannah Guthrie in a clip that aired on Wednesday’s Today show.

“I have no ill feelings or ill will towards him at all,” she insisted to Depp.

Still, she admitted the trial fulfilled Depp’s promise in a text message that she would face “total global humiliation” if she continued with her allegations.

“I know he promised … it feels like he did,” she said after a long pause, admitting that she was “not a sympathetic victim” on the witness stand.

“Of course I took what I felt was my right to speak for granted,” she said of her comment on being a domestic violence survivor.

She insisted the Washington Post was “not about my relationship with Johnny.”

“The comment was about me lending my voice to a larger cultural conversation that we were having at the time,” she said of the spate of #MeToo allegations.

“It was important to me not to slander him or make him anything like defamation,” she insisted on the article that led to her downfall.

“I had attorneys, teams of attorneys, who reviewed all the drafts of this article,” she said of the 2018 article, in which the jury unanimously ruled that it defamed Depp.

When asked if she wanted Depp to be among the “legions of powerful men who will be axed,” she insisted, “Of course not. Of course not. It wasn’t about him.

But now she’s “scared” he might come after her again, she admitted.

“Which I believe is the intent of a defamation lawsuit. It’s supposed to take your voice,” she said.

She said she now plans to focus on “being a full-time mom where I don’t have to juggle lawyers.”

When asked what she would tell her daughter about her high-profile loss, she said: “I think no matter what happens, it’s going to mean something.

“I did the right thing. I have done everything to stand up for myself and the truth.”

Her comments came on the third day of footage of a “widespread sitdown,” which will air in full in an hour-long “Dateline” special Friday night at 8 p.m. ET.

In it, Heard, 36, again called Depp a liar for denying her long-held domestic violence allegations — and said she will stand by every word of my statement “until the day she dies.”

In Wednesday’s clip, Heard again defended her decision not to immediately report her then-husband to the police, insisting her failure was not evidence of a hoax.

“As I have testified before and will watch until the day I die, I did not want to work with them. I didn’t want that to come out. I didn’t want it known,” she told Guthrie.

“If it was a joke, I could have done that,” she pointed out.

But “five days later, I made the decision to stand up for myself and protect myself,” she said.

She insisted to Guthrie that the tip paparazzi received for TMZ to photograph her with bruises on her face “had nothing to do with me.”

“He certainly didn’t get a tip from me or anyone close to me,” she said.

She also defended her decision to imply in court that she had donated her $7 million divorce settlement to charity as promised, after Guthrie asked if the jury saw the move as “she was being fooled into a lie.” devices”.

“I have promised it. And that promise is naturally made over time,” she said again of her suggestion that it was a disbursed donation.

“I feel like so much of the process was designed to slander me as a person and my credibility, to call me a liar and in every way possible.”

I shouldn’t have planned everything for it…” she said.

In previously aired clips, Heard denied ever starting the violence in her “ugly” and “very toxic” marriage to Depp, admitting “regret” for acting “in a terrible… way.”

“But I’ve always told the truth,” she insisted.

Eric Adams and AOC in proxy war for Albany 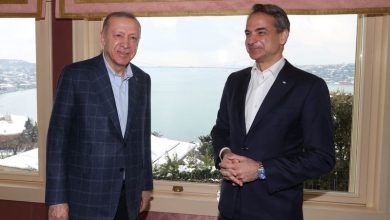 Turkey and Greece agree to improve relations in Ukraine conflict 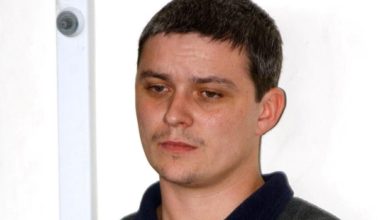 Twisted killer Ian Huntley asked police days before being arrested for Soham’s murder: ‘How long does the DNA last? 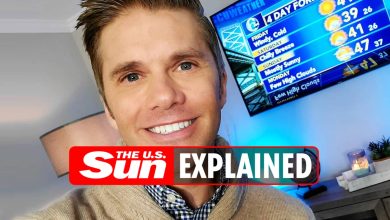 Who is the meteorologist Adam Joseph? 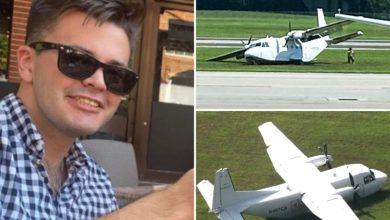