Victoria Barbara’s life has been divided into two: dark decades of secret misery before she stumbled upon trendy toad venom — and the enlightened bliss she claims came after.

The glamorous influencer with nearly 1 million Instagram followers told the Post she owes her psychological transformation to psychedelic “bufo therapy.” That’s when adventurous folk inhale the fumes of poisonous toad milk and embark on what proponents describe as the mind-boggling journey of self-discovery.

Thanks to this ancient medical practice, led by a discreet spiritual leader – or shaman – in the remote foothills of the Sierra Nevada, Barbara said, “I realized I had a purpose in life.”

That’s why she’s now hyping Bufo: “The majority of the 1 percent know about it – but they don’t talk about it. Which is kind of sad,” Barbara told the Post of the controversial treatment, which is named after the toad scientific nickname. (The bufo has since been renamed the incilius alvarius.)

Yes, the Los Angeles-based luxury fashionista and philanthropist is living the kind of lifestyle most only dream of, with a sprawling modern home in the hills with breathtaking panoramic views, a successful Swedish investor for a fiancé, and a personal invite by Vogue boss Anna Wintour for breakfast at the Ritz Paris.

But less than a year ago, not even the high life could lift Barbara out of her deep depression.

“I preferred to be in dark rooms all the time. I didn’t want to be seen,” the stunning 40-year-old Cubana told the Post. Orphaned as an infant, Barbara said her fractured childhood included years of emotional and physical abuse “in the ugliest way” by relatives and caregivers until she freed herself at 18.

Her trauma festered as she navigated adulthood without a loving basis, leading her to “sabotage” relationships and push people away. “I believed everything I was ever told,” she said of her abusers. “I thought I was s–t.”

Embracing love with her partner of five years eventually persuaded her to open up and seek treatment for her depression, but traditional talk therapy didn’t help. After two years of working with an experienced psychologist, she found her mood “worse than ever.”

“Imagine reliving your whole childhood [trauma] after never talking about it for 20 years,” she pleaded. “Opening up,” Barbara said, pushed her “back into a hole” and made her burst into tears every day. “I was afraid of [my psychologist] because I was too hurt.”

Barbara spun around, ready to try anything. Then she met a New Age practitioner who introduced her to an intriguing therapy.

“She says, ‘This is going to help you live your life,'” Barbara recalled of the woman who led her to a Bufo therapist. Feeling like she had nothing left to lose, Barbara traveled to the small town of Mariposa in central California to see her Rosa Ma Aguilar Cruzwho would be her spiritual guide while tripping toad milk for up to $1,500 a ride.

That Incilius alvarius toad is native to the Sonoran Desert, which stretches across the southwestern United States, specifically along the Colorado River, and down to Mexico. Her intoxicating secretions oozing from her amphibian skin contain 5-MeO-DMT (or O-Methyl-Bufotenine) – the so-called “God molecule”. The potent psychoactive compound is said to help relieve depression, anxiety, and post-traumatic stress disorder, although scientists don’t fully understand why.

The substance is scraped off his back in one process “toad tickles”, who activates his poison glands. The toxin can be consumed by simply licking the toad—a practice immortalized in a cartoon – but the safest course of action is the one that Barbara’s shaman took by smoking through a pipe.

Barbara was told to take three punches. “You just go one,” she said while making a sucking noise, “two and one the third—phew, you’re gone.”

She tries to describe the feeling. “You go like a torpedo,” Barbara said of her dreamlike descent into her mind. In her most intense moments, she said, “I tried to fly on the ground. I raised my arms like wings.”

A voice – pink – said to Barbara: “vuela,‘ and told them to ‘fly’ in the direction of ‘the most beautiful white light’. She interpreted these moments as a “death experience”. Then came a “powerful feeling of gratitude.”

Many Bufo buffers report “died” during their journey — namely, celebrity toads such as Mike Tyson, 55, Chelsea Handler, 47, and even First Son Hunter Biden, 51. In the psychological research community, this commonly shared experience is described as ego- Dissolution or simply ego death. It is a well-documented effect from psychedelic drugs – in contrast to Cocaine or alcohol – although access to such substances is limited to research, as possession of psychedelics can lead to criminal offenses in some cases.

Circulating under government radar, Bufo is mostly available to those willing to brave the pitch black desert and seek out the nocturnal toad in its natural habitat. The US Drug Enforcement Administration (DEA) considers 5-MeO-DMT a Schedule I controlled substance, effectively making it illegal to manufacture, purchase, possess, or distribute. But knowledge of its powerful effects has endured at least since the earliest mythological depictions of toads by ancient Mesoamerican civilizations.

Barely 20 minutes after those three fateful breaths, Barbara’s journey was over. When she opened her eyes, Rosie, her husband, a select few “dressed in white” confidants were there to welcome her back. “I don’t even know what happiness was until this moment.”

“You feel reborn,” she tearfully explained in a process she dubbed “ascension.” It wasn’t long before she tried again – this time on the beach, with even more incredible results. Barbara, who claimed never to have learned to swim, was “suddenly swimming like a fish” shortly after her second ascent of Bufo. “They had to go in the water and get me out.”

After that, everything about Barbara’s mood changed. “I don’t even think about it anymore,” she said of her traumatic memories.

However, there is a reason to keep it underground. Conservationists don’t like the idea of ​​psychonauts tramping through fragile ecosystems already threatened by human activity and climate change in search of their next great journey. And while their venom can be harvested without harming the toad, irresponsible poachers have been accused of disrupting their natural migration patterns by removing the creatures from their homes, or worse. (Insiders told The Post horror stories of clogged venom glands and infected toads being over-milked by amateur bufo practitioners and left to die in the desert.)

A black market for potentially dangerous lab-synthesized 5-MeO-DMT is now circulating among recreational users as well.

There are known lethal consequences of using Bufo in combination with other plants, namely ayahuasca, according to the International Center for Ethnobotanical Education, Research, and Service (ICEERS). Also not to be neglected: the very real risk of knocking yourself out. Such a journey can push a person to do unpredictable things, and while it can be a transcendent experience for some, it can be overwhelming and frightening for others.

Barbara hopes others can get the psychological help they need — through whatever means. “I believe that every person on the planet should do Bufo once a year. Just to reprogram yourself from the negativity you’ve been through this year,” she insisted, adding that in just a few short years she’s already recommended 18 people.

“If people understood what the medicine is for, we would all be cured,” Barbara said.

https://nypost.com/2022/04/13/i-found-purpose-in-life-after-tripping-on-trendy-toad-venom/ I found meaning in life when I stumbled upon Toad Venom: What It Is 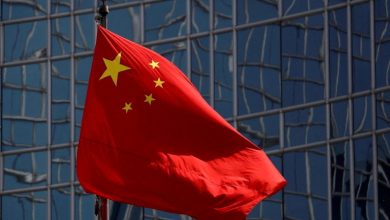 China is expected to expand regulatory crackdowns by 2022 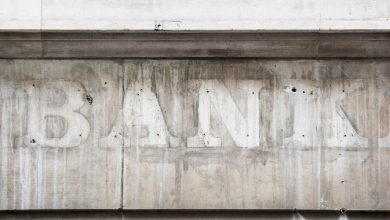 Bank branch closures should be halted immediately, say no? 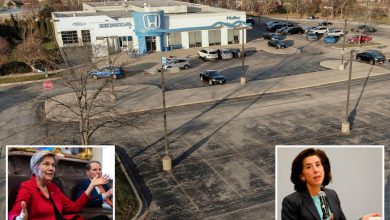 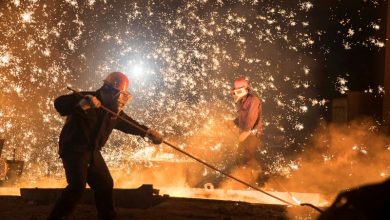