WHEN Susan Pollack arrived at the Bergen-Belsen death camp in 1945, she witnessed countless murders and was examined naked by the ‘angel of death’ Dr Josef Mengele at Auschwitz.

But nothing could have prepared the 14-year-old Hungarian Jewish boy, then a “zombie” who called himself “the undead”, for the horror of living among the unknowing, rotting corpses. whether she joins them or not.

Share her story to bookmark Holocaust Memorial Day, a 91-year-old woman who lives in London, told Fabulous: “Bergen-Belsen is a place of indescribable death and suffering.

“There are rotting corpses everywhere, starvation and infectious diseases are everywhere, even those who are still alive are no longer human.

“I couldn’t walk after my death march, I had to crawl everywhere and I recognized my old neighbor, a Jewish woman, in the barracks next door from my house.

“It was the first time I spoke to someone in my language in months. She asked me ‘will we survive?” and I said ‘just hold on for a bit’.

“But when I crawled back to see her the next day, she was dead. Bergen-Belsen had lice that gave everyone typhus.

“The smell of the camp is so weird, I can’t describe it, the smell of rotting corpses. It’s filthy, it’s an unsuitable place for people to live. A place of terror, fear, indescribable suffering and no one to help.

“Nobody cares about us. We’re like fodder. Sweep us up and throw us in the gas chambers to burn, I suppose that’s what the Germans did. ready to do.”

Susan believes she lived in Bergen-Belsen for two to three weeks, although at the time she had no way of distinguishing day from night.

She added: “Can’t be longer than that, because there’s no food. It’s not that I want to die, but it’s your brain that doesn’t work anymore.”

Mercy for Susan, the camp was liberated in April 1945, when she was a few days away from dying.

She said: “I crawled out of my barracks, away from the stench, the trash and the crying, because I couldn’t take it anymore.

“I felt a hand pick me up, but do it very gently, and I didn’t get shot, not that I would care.

“I was put in a small ambulance and that’s how the British freed me. The first thing they did was wash me, because I was dirty. They called the local German women over, made them bathe. wash us and give us clean clothes.

“I got my life back, but it got nowhere. I had no illusions about my family’s survival and I knew I didn’t want to go back to Hungary.”

Susan was born Zsuzsanna Blau in September 1930 in Felsögöd, where she lived with her parents and brother, Laci, who was two years older than her.

She leads a simple life – a small village life with her father selling firewood and coal, the family raising horses, swans and ducks, and growing their own vegetables.

But anti-Semitism has always been potentially dangerous to their lives, despite attending mixed schools.

Susan said: “There was a gradual build-up of anti-Semitism in the 1930s, long before we were transported. There were no other ethnic groups in Hungary, just us and the gypsies. .

“One day in 1938, my uncle was riding a horse and carriage when another man, his neighbor, jumped out of the back of the car with an ax and beheaded him.

“The perpetrator was sentenced to two years in prison but did not submit at all. He was released and continues to live across from my uncle’s widow.”

Susan’s brother Laci was regularly beaten by other boys at football matches, but the family’s complaint to the council was dismissed.

Finally, Jewish families were told they could be resettled from the violence and the fathers were called to a meeting, under the guise of discussing a better life for them.

Instead, they were sent to labor camps. Susan said: “We were called to say goodbye to my father and I found him beaten up and loaded into a lorry, along with Jewish men.

“I never saw him again. A local Christian woman carrying a basket of food for him told us that he was unrecognizable, they were brutal to him. Possibly is beating, starving, physical abuse.”

Not long after, Susan, 13, her mother, and Laci, 15, were asked to clear their belongings.

They were taken to a slum in Vac and then to a concentration camp – where they slept in the open air – before another train.

They didn’t know they were being sent to Auschwitz – and wouldn’t know what that meant if they were.

‘Another girl told me ‘your mother has been put in the gas chamber’. I don’t know what this means’

Susan said: “We were stuck in a train carrying livestock – mainly women, babies and children. I remember having two buckets, one for toilets and the other for drinking water. .

“We felt suffocated, buckets of water overflowed. Many people did not survive the journey, especially young children and infants.

“When the door opened, we were happy, we finally got some fresh air. Then reality hit us, it was indescribable.

“We were paralyzed and suddenly everyone was screaming ‘get out.’ We didn’t know where we were. We were absolutely terrified.

“A Hungarian woman whispered to me ‘don’t say you’re 15 years younger.’ I just nodded, so when the German came in I said I was 15. I assumed that was my savior, that I was considered to be useful for a short time to slave labor.”

Sadly, Susan’s mother was not so lucky. She said: “My mother was in her 40s, but very thin and petite and miserable. She was excluded from us, and my brother was taken with a group of boys.

“I was taken to a barracks, a large wooden shack with three floors inside. Hungarian-speaking girls approached us and asked ‘what happened to your mother?’ I said ‘she was taken away’ and they said ‘oh she was taken to the gas chamber’.

“I don’t understand what this means, no matter what, this girl told me her biological mother is haunted. That camp is the place of the Devil.”

Meanwhile, Laci was forced to work in Sonderkommando, moving organs from gas chambers to ovens.

They reconnected years later, the only survivors from their families.

Susan recalls: “The only thing my brother said was, he was always afraid he might come across a dead body from our family.

Susan lived in Auschwitz for about three months. “I didn’t see anything of the camp, we weren’t allowed to walk around,” she said.

“We were starving, that’s all I thought. No food, just some water or soup in the morning.

“Hunger, day after day, ravages our bodies. We girls were examined by a man named Dr. Josef Mengele, who were completely naked.

“We are constantly being checked and if we see you lose weight quickly, you will be sent straight to the gas chamber, no longer fit to work, useless.

“For once, I was chosen. But it wasn’t gas chambers, it was slave labor.”

‘Dr Josef Mengele will examine us girls, completely naked. If you lose weight quickly, you’ll be taken straight to the gas chamber’

Susan is sent to Guben, Germany, to work in a factory that manufactures experimental weapons and equipment.

She said that conditions were more favorable there, until the Nazis realized they were losing the war and moved their prisoners to Bergen-Belsen.

She said: “The Germans don’t want to be seen as violent, worse than wildlife, so we were put on a death march.

“It was a long hike, more than weeks, and the winter was harsh. Again we had no food. Sometimes we get some from a farmer, but it doesn’t happen often, Or we’ll get food from under the ice.

“Many people could not keep up with the march and were shot or died of starvation.”

What is Holocaust Memorial Day?

This day marks the anniversary of the liberation of Auschwitz-Birkenau, the largest Nazi death camp.

By the end of the Holocaust, six million Jewish men, women, and children were murdered in the ghettos, mass shootings, concentration camps and extermination camps.

1.1 million people died at Auschwitz (85% of those sent there). 52,000 people have died in Bergen-Belsen, including children’s bartender Anne Frank.

After liberation Bergen-Belsen, Susan was taken to hospital in Sweden – to be treated for tuberculosis, typhoid and severe malnutrition.

She later settled in Canada, where she met her husband Abraham, a survivor friend, before moving to London in 1963.

The couple have been married for 60 years and have three children and six nieces together.

Abraham – whom Susan described as “a wonderful man, very hard-working, trustworthy and a kind human being” – passed away in 2015.

Meanwhile Susan was still going around the schools with Holocaust Education Trust, tell her story. She said: “I never got over it completely, very few of us do after the barbaric conditions we witnessed and experienced.

“It never leaves you, memories stay forever. Never mind that it’s been 80 years, it feels like yesterday.”

“It’s not easy talking about me but I do it to warn people, ‘qualify anti-Semitism, know what it can lead to’. It not only killed Jews but also killed many others.

“Telling my story is my therapy. Anti-Semitism must be defeated at all costs, because it devours not only its victims but entire civilizations.”

https://www.thesun.co.uk/fabulous/17433575/holocaust-memorial-day-survivor-bergen-belsen-auschwitz-dr-mengele/ Holocaust Memorial Day – I lived among the rotting bodies in Bergen-Belsen and was examined naked by Dr. Mengele at Auschwitz 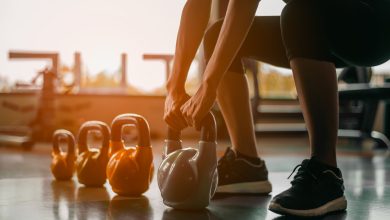 Fitness trends that will completely overtake in 2022 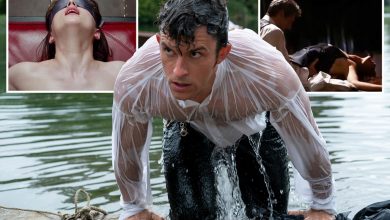 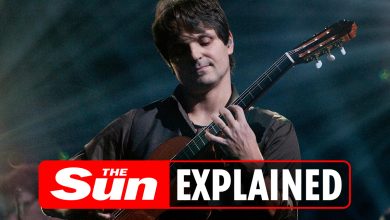 Zoltan, who is Nisha Katona’s husband? 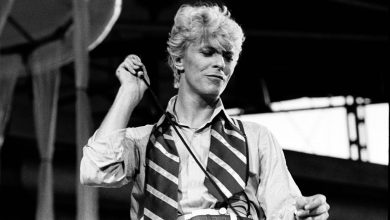