EASTER is less than two weeks away and supermarket shelves are full of chocolate eggs – with Britain’s favorite brand, Cadbury’s, leading the way.

your classic cream egg is a seasonal favorite – selling 200 million copies a year – and each carries the Cocoa Life seal to assure consumers that the ingredients are ethically sourced.

But Channel 4’s Dispatches – airing tonight – have uncovered shocking child labor abuses behind ours Chocolate Treats and for the first time linked directly to the Cadbury supply chain.

During his investigations in Ghana, West Africa, reporter Antony Barnett met children as young as 10 working bone-breaking work on cocoa farms for up to nine hours a day in the sweltering heat.

And Antony found that desperate farmers were getting less than £2 a day for the cocoa they sold to Mondalez, the US company that now owns Cadbury. 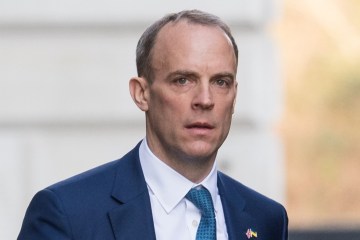 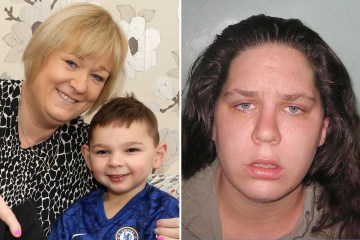 “Farmers are paid so badly that they can’t afford to hire adults to work on the farm, so they have to use their children,” he tells The Sun.

Cadbury launched Cocoa Life in 2012 to improve the living standards of cocoa farmers and their families and eliminate child labour.

According to their website, “We believe that children’s work is education and play. No level of child labor in the cocoa supply chain should be acceptable.”

But a decade later, an estimated 1.56 million children in Ghana and Côte d’Ivoire are involved in cocoa production, with 95 percent of them engaged in hazardous child labor, according to the latest report from the National Opinion Research Centre.

The report found that despite pledges from chocolate companies, including Cadbury, the percentage of children between the ages of five and 17 involved in cocoa work has actually increased in Ghana since 2009 – from 44 percent to 55 percent.

“From what we saw, child labor was everywhere,” says Antony. “We didn’t have to search for children working on the farms – we visited four farms in 12 days during the harvest and found evidence of child labor on all of them.

“The farms are very remote and difficult to get to so we were limited in our reach but I think if we had visited more farms we would have seen more. From my point of view it seemed endemic.”

But on the first farm Antony visited, he found brothers, ages 10 and 11, chopping cocoa pods from trees with long poles.

Later he watched as the boys hacked through thick weeds with deadly machetes, sweating in the hot sun.

The youngest revealed that his father keeps him away from school to harvest the cacao and showed Antony a scar on his leg that he had cut open with the machete.

He also struggled to lift the huge baskets full of pods that the children were tasked with carrying for miles across farmland, although his father admitted they often suffer from neck pain from heavy loads.

On another farm, a 12-year-old boy had been sent to work across the country and was living with the farming family because his father could not afford to send him to school.

He worked long hours breaking open capsules with a sharp steel knife over 1 foot long and was paid the equivalent of £35 for several months, sent direct to his parents.

A girl, around 14, also revealed that she had been abducted from the north of the country by her aunt five years ago and said she would look after younger children and learn to be a seamstress.

Instead, she was forced to slave away in the hot sun all day, doing heavy labor and not being allowed to go to school.

“My uncle says he’s struggling to support his own kids so he can’t buy the school books if I join them,” she says.

Too nervous at first to talk to Antony, she finally admitted that she misses the family she hasn’t seen in five years and hates her life on the farm.

“I suffer a lot from farming,” she says, but adds that she didn’t tell her uncle she wanted to quit because “I’m scared.”

Antony says he was shocked to find children so young were in obvious danger.

“I was expecting to see them picking pods or spraying pesticides, so what I found most shocking was how involved they were in this really dangerous work,” he says.

“It was the use of the machete and those sharp knives that was really concerning.

“They are so young and these machetes are more than half his size at 3ft and you see both boys and girls hacking through the undergrowth with them.

“It’s back-breaking work and many of them were injured, including a girl who severely cut her foot but couldn’t go to the hospital because there was no money.”

It’s backbreaking work and many of them were injured, including a girl who severely cut her foot but couldn’t go to the hospital because there was no money

The girl’s little sister, 10, revealed she was bitten by a rattlesnake while she was removing weeds on the farm with her shoes off.

“My foot swelled up and I couldn’t walk,” she says. Her father, who had been a Cocoa Life farmer for several years, had to take out a loan for hospital treatment.

The older daughter, 17, says she hasn’t been to school for five years, adding: ‘I would like to be a midwife or nurse, but it’s very difficult because sometimes my parents just borrow money from the bank have to get us food, so if I want to go to school, the money is already spent.”

The minimum set price for the cocoa is just 660 Ghanaian cedis – around £80 – per bag, and Mondalez pays Cocoa Life farmers an additional ‘premium’ of 10 cedis, the equivalent of around £1.

One bag contains enough cocoa for 4,000 bars milk and the average farmer produces eight a year.

“We farmers are struggling,” says a producer to Antony.

“The cost of clearing the land, buying pesticides and chemicals for the farm is more than what the government pays us for each bag of cocoa. And 10 cedis won’t go far.”

He adds that hiring adult workers to bring in the crops costs him a third of the money he gets for the crops.

For every £1 we spend on chocolate in the UK, 29p goes to the retailer, 38p to manufacturing and distribution, 12p to taxes and 10p to the manufacturer’s profits. This leaves farmers just 11p to cover growing costs and local taxes.

Van de Put declined to speak to Antony for the programme, but Mondalez – who owns Cadbury’s – issued a statement saying: “We are deeply concerned by the incidents documented in Dispatches.

“We expressly prohibit child labor in our operations and have made significant efforts through our Cocoa Life program to increase the protection of children in the communities from which we source cocoa and take a stand against it.

“The well-being of the children and families featured is our primary concern and we commit to investigating further.

“As part of our Cocoa Life program, we have child labor monitoring and response systems in place, which means community members and NGO partners are trained to help vulnerable children and assist with all child labor cases.”

She said: “The part that really pisses me off is that over 20 years ago these chocolate companies promised to eliminate this. They admitted they knew they would benefit from child labor and they have backed down on their promises not only to these children but to everyone in the world.”

Riggs added, “If they really want to eradicate child labor, there’s a simple first step they haven’t taken yet, and that’s to pay farmers a lot more for their beans. The money is here. But on the farms, these farmers cannot afford to replace their children with an adult worker.”

Cocoa Life – slogan Cocoa Made Right – claims to have invested £300m over the last decade to “empower at least 200,000 cocoa farmers and reach a million community members”.

But Antony – who now boycotts Cadbury products – says the investment has had little impact on impoverished farmers.

“On the website and in promotional literature, Cadbury claims to make a difference,” he says.

“But I can only judge by the people we spoke to, not just the children but all cocoa farmers.

“They criticized the level of investment Cocoa Life was making and the money they received for their cocoa beans. Nobody has a good word to say about Cocoa Life.”

Will we still want a Metaverse when the pandemic is over? 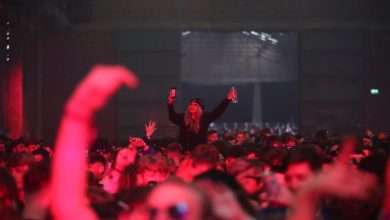 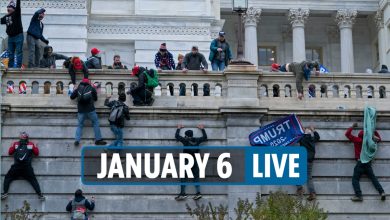 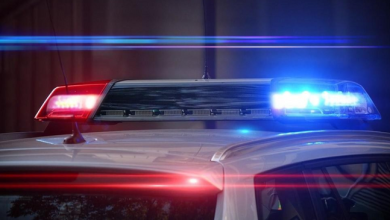 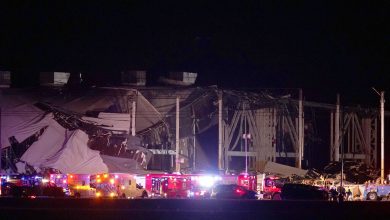