A blonde man went on an apparent hate crime spree in Manhattan earlier this week and assaulted seven Asian women over a two-hour period, police officers said on Wednesday.

Steven Zajonc, 28, who is believed to be homeless, was picked up Wednesday in connection with the alleged assaults at the Stavros Niarchos Foundation Library, a branch of the New York Public Library located across from the main building on Fifth Avenue, police officers and police sources.

Ten minutes later, he reportedly struck again on Fifth Avenue and East 30th Street, punching a 25-year-old woman in the face and the back of her arm with a closed fist.

This time he punched a 21-year-old woman in the face with a closed fist, police said. She suffered a cut on her lip.

Five minutes later, at 6:50 p.m., he punched a 25-year-old woman in the face with a closed fist at Irving Place and East 17th Street in Gramercy, also causing a cut on her lip, police officers said.

His next victim was a 19-year-old woman whom he elbowed in the face at 7:05 p.m. at East Union Square and East 17th Street, and then he struck a 25-year-old woman at 20 East Houston and Mott Street Minutes later, police said.

His seventh and final attack occurred around 8:37 a.m. near Broadway and East 8th Street, where he approached a 20-year-old woman and pushed her to the ground.

In all incidents, there was no prior interaction between the attacker and his victims, police officers said.

All Asian victims sustained minor injuries and some were treated in hospital.

Sources said library guards identified Zajonc from surveillance footage released by the NYPD. He wore the same clothes as in the video.

Zajonc – whose address is listed as a drop-in center for the homeless on East 32nd Street – was snapped in the second-floor bathroom, sources said.

He had a driver’s license from Sarasota, Florida, but his exact connection to that city is unclear, police sources said.

He has no previous arrests in the Big Apple, police officers said.

I stole my best friend's boyfriend and now he's my husband 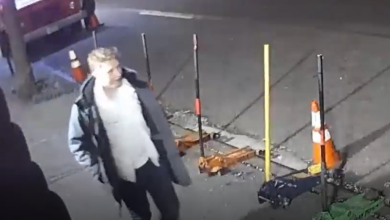 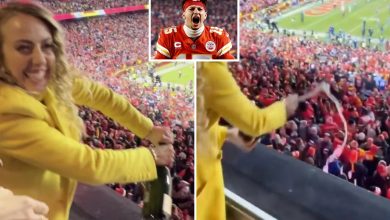 Patrick Mahomes’ fiancee, Brittany Matthews, was blown away by Chiefs fans for pouring champagne over the crowd in 37F conditions 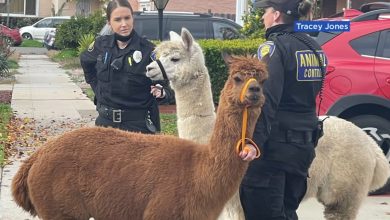 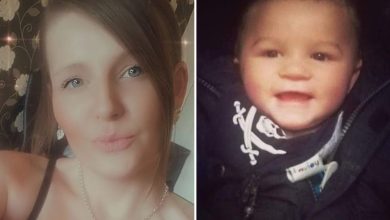