Norwegian actress Natassia Malthe said she met the disgraced producer at the Peninsula Hotel in Beverly Hills in April 2008 with another woman.

Testifying at Weinstein’s sexual assault trial, the model-actress said she was tricked into going to the former major producer’s hotel suite on the pretext that he was speaking to her about a film role.

When she entered the room, another woman was already inside with him.

Malthe claimed the other woman “persuaded her” to put on a robe and join them.

“He has you by the king’s throat, knowing that if you don’t comply, your career is down the drain … and that’s not right,” Malthe said of Weinstein.

During her testimony, Malthe – one of a parade of women testifying about Weinstein’s alleged sexual misconduct – said the incident happened two months after Weinstein’s alleged rape in a London hotel, around the same time as the British Academy of Film and Television Arts 2008 awards.

During this incident, Malthe claimed that Weinstein forced her way into her hotel room and pushed her onto the bed. She said that when he entered her vagina with his penis, she saw a large hole in his stomach.

Other accusers have described Weinstein’s genitals in various unflattering ways after he underwent surgery to move his testicles into his thighs after contracting a disease called Fournier Gangrene.

During the encounter, Weinstein reportedly told her to think about “all the Oscars” that people had won and “everyone had to go through it; meaning – comply.”

“It didn’t last long because I didn’t have a reaction because I just played dead,” Malthe said. “He got off me and finished himself off. He ejaculated into his hand.”

The actress said that during this time, Weinstein was referred to as “a phone call away from Harvey” for making and breaking careers as the most powerful person in Hollywood.

Malthe said she saw Weinstein about three or four years later at a party attended by Nicole Kidman and Lady Gaga, where he pulled her aside and told her, “I thought you were going to the tabloids,” meaning, that she would sell a story about him.

When she responded that she would never “play around with the most powerful guy in Hollywood,” Weinstein reportedly replied, “It pays to be my boyfriend.”

At another meeting in 2011, Malthe said she and a friend met Weinstein at a restaurant and he invited her to his New York office.

However, once inside, Malthe said Weinstein tried to force her friend to perform oral sex on him. When her friend refused, Malthe claimed Weinstein dragged her into another room and pulled his pants down.

“He just unbuckled it and pulled it out,” she said of Weinstein’s privates. “He whips it out.”

She said he groped her while she masturbated.

“I didn’t know what to answer,” Malthe said. “I was humiliated in front of my boyfriend.”

During cross-examination, defense attorney Mark Werksman asked her about the alleged rape.

“You never actually told Mr. Weinstein that you didn’t want to have sex that night, did you?” the defense attorney asked.

“I did, I told him I didn’t do the ‘casting couch thing,'” Malthe said, referring to an alleged practice of actors or actresses using sexual favors to win roles in films or other projects to get.

“You didn’t say no or ‘Get off my bed.’ They said, ‘I don’t do the casting couch thing,'” Werksman asked.

“My question is, have you ever actually said, ‘No, I don’t want to have sex with you, Mr. Weinstein,'” Werksman urged.

Malthe replied that she didn’t say no.

When asked why she decided to go to the Peninsula Hotel two months after the altercation, Malthe said, “I didn’t feel like I had a choice.”

Werksman asked if there was a point where she said to herself, “I can’t believe you’ve put me in this position five times. I’m out of here.”

Malthe said no, saying she was still fine with watching Weinstein shower.

“I was actually really nice to him because I wanted to help him,” Mathe said.

The trial will continue on Thursday. Weinstein, who is already serving a lengthy sentence in New York for sex crimes, faces 65 years to life in prison if convicted on all charges.

Lily-Rose Depp hits back at people who call her a "nepotism baby." 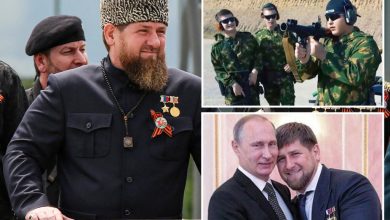 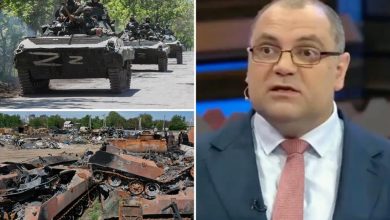 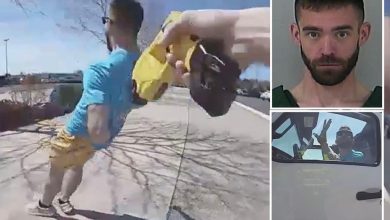 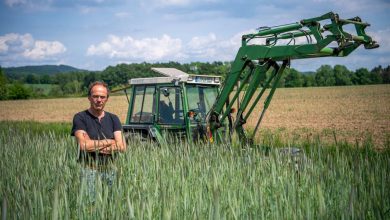